Home » Tamadoge: An underdog altcoin stays afloat due to its rudimental alignment with ‘legendary’ coins
News

Tamadoge: An underdog altcoin stays afloat due to its rudimental alignment with ‘legendary’ coins

Tamadoge has accepted the fact that in the current cryptocurrency wave, competing with 'Legendary' coins is suicide

When anyone mentions cryptocurrency, your first thought will always be of Bitcoin or Ethereum. These are the largest cryptocurrencies in the market today and have constantly made headlines yearly.

However, there are plenty more altcoins (alternative coins) out there that deserve some form of recognition, such as Litecoin, Monero or even Tether. Each of these altcoins has made progress in the crypto space. Today, however, we will be looking at an underdog that utilizes a Play-to-earn mechanism and is mainly heard about when referencing NFTs. The meme coin project, Tamadoge.

At the very beginning, the first concept of the meme coin project started as a joke to make fun of people who invested in cryptocurrency in its early stages. Well, who’s laughing now?

Things eventually changed over the years and as cryptocurrency and NFTs gained massive traction, so did the very concept of Tamadoge. Dogecoin introduced the meme coin project into its ecosystem as the first blockchain meme project to feature a metaverse, an NFT store and a Play-to-earn mechanism that incorporated actual token utilization.

In hopes of acquiring similar titles as Polkadot’s Ethereum Killers, developers have come up with various Altcoins such as Shiba Inu, which many believed would be dubbed ‘Dogecoin Killer’. Unfortunately, it fell short of its expectation and is still far from beating Dogecoin sales. 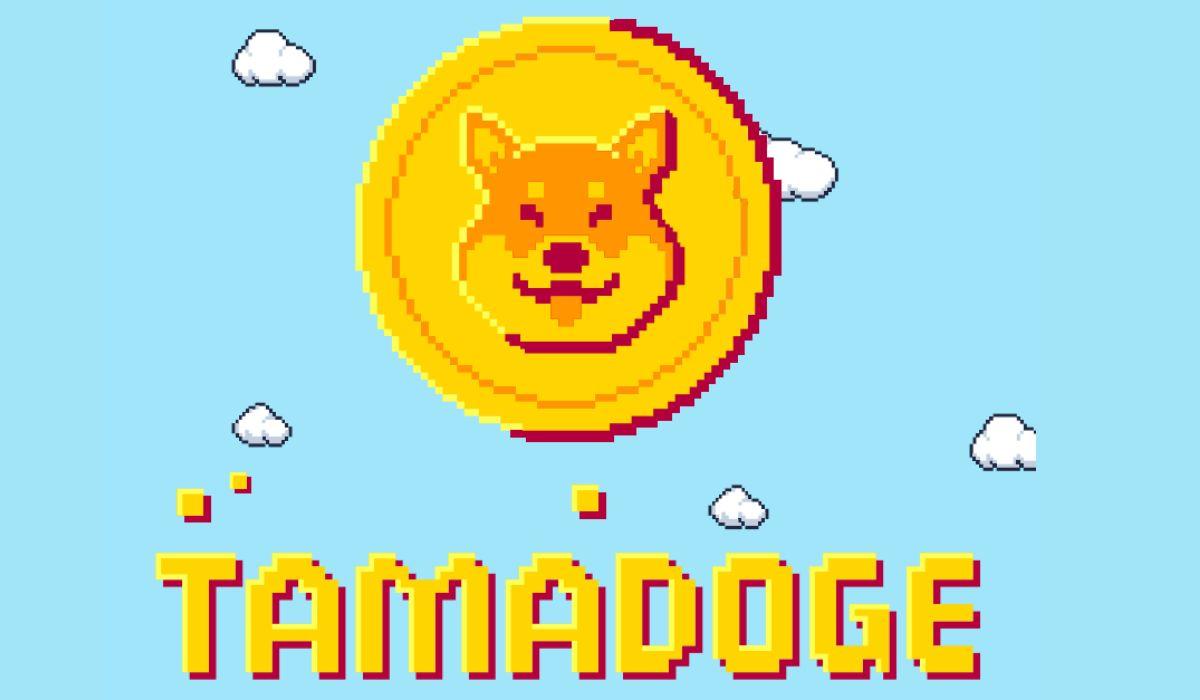 Tamadoge the underdog altcoin that thought outside the box.[Photo/Coinparative]

In light of this cruel truth, Tamadoge developers opted to think outside the box; hence, instead of competing with the big leagues at their own game, they created the meme coin project platform where they can dominate; metaverse and NFT.

Furthermore, instead of competing with Dogecoin’s already established fame, they used it as leverage to attract potential investors and crypto traders. This roundabout thinking ended up paying off significantly. It even has developed its own TAMA coin.

Tamadoge aims to take advantage of the online gaming industry by utilizing its Play-to-earn mechanism to power various games. This has been made possible by the meme coin’s NFT avatars.

It has developed digital pets that can be cared for, purchased, raised and trained to fight battles. Even additional items Tamadoge offers, such as accessories, food and more. To an online gamer, this is like honey to a bee.

To start with, Tamadoge has accepted the fact that in the current cryptocurrency wave, competing with ‘Legendary’ coins is suicide. Hence, the team of developers decided to have a roundabout approach to gain its much-needed popularity.

The first thing that prospers the meme coin project is its affordable price. On 25 July this year, TAMA launched a beta presale. The goal was to attract as many investors and buyers as possible, so they set the price of a single TAMA coin at $0.01 with a minimum purchase of 1000 tokens. Have you seen where the ploy is?

In doing this, Tamadoge developers could increase their reach while still making some sense of profit. In addition, they enabled investors to use ETH or USDT and even fiat currency to make purchases, and they would convert them to TAMA.

The second reason is that Tamadoge aims to be a deflationary token. This means decreasing the number of coins available for purchase, causing each coin’s value to increase if the availability decreases. Let’s pick two digital currencies in the same ecosystem; Doge and Shiba Inu.

These coins lack the same inflation-containing system because of the number of available digital currencies. Doge coin’s supply has increased from 100 billion to 132 billion. The supply exceeding the demand generally devalues the coin long term.

Since the meme coin project mainly targets NFT platforms and online gamers, it aimed to be cost-friendly to a commoner. Tamadoge established a no-charge feature when users buy, sell or trade TAMA or NFT avatars. Instead, it launched several ecosystems that take a particular portion of the user’s profits to support its operations on the blockchain network. This gives users higher revenue when transacting with TAMA a good deal.

The general statement and worry of every crypto trader or NFT owner is; Will it pay off eventually? More prominent cryptocurrencies like Bitcoin and Ethereum have undergone various fluctuation rates and, due to strategic planning, have generated profits for themselves and their users. Different altcoins, however, have not been so lucky.

Tamadoge developers realized that if the ‘big dogs’ were having trouble finding profits, the underdog would have to think outside the market view. Hence it positioned itself as a meme coin project focusing on NFTs and promoting TAMA as a utility token. Incorporating its Play-to-earn mechanism created a Tamaverse within the metaverse allowing its users to earn while still playing. By giving them unique NFT avatars, they were reeling in the vast pool of online gamers.

In addition, they also offered various features that allowed NFT purchases as well as crypto trade with other currencies. In doing this, Tamadoge ensured that if one aspect failed, the other acted as a safety net, ensuring it would always be operational.

Tamadoge is one of the few altcoins to have worked its way and prospered within the crypto space. Even though it has not gained as much attention as other leading cryptocurrencies, I still believe the underdog altcoin should have some form of recognition for keeping up in the constantly shifting crypto space. What started as a joke has grown into a prospering venture all cause of its rudimentary thinking. There are still ways to go for the altcoin and a lot more to discuss. This article is the first two-part series on how Tamadoge, the meme coin project, has caught the metaverse and NFTs by surprise.

[…] Also, Read Tamadoge: An underdog altcoin stays afloat due to its rudimental alignment with ‘legendary&#82…. […]