Blockchain security core components: Tools to test the security of a blockchain

With the gradual advancement of technology today, the amount and value of data have consistently risen. Most often than not, data has been termed as the new era gold. In Africa alone, the gradual rise in crypto and blockchain adoption has gone over the roof. It has seen a 1200% increase since Stuart Haber, and W. Scott Stornetta first discovered blockchain.

With this steady rise, the need for blockchain security is also growing. Every now and then, on recent trends, there is a  consistent increase in crypto hackers that take advantage of the various loopholes found within blockchain through smart contract analysis and utilizing testing tools for blockchain technology.

As security analysts, we are duty-bound to explain the multiple methods to better elaborate the significance of blockchain security.

Blockchain technology is a new concept in this digital age. Its mechanism and concepts are relatively simple, but its applications are fascinating, grabbing the attention of many crypto traders. Unfortunately, hackers have taken advantage of blockchain’s increased demand and curiosity.

Since blockchain is still a working progress, it contains numerous loopholes and vulnerabilities. This is the primary cause of the increased rate of crypto hackers during the golden age of Bitcoin. Read this previous article to get a better understanding of these hacks. 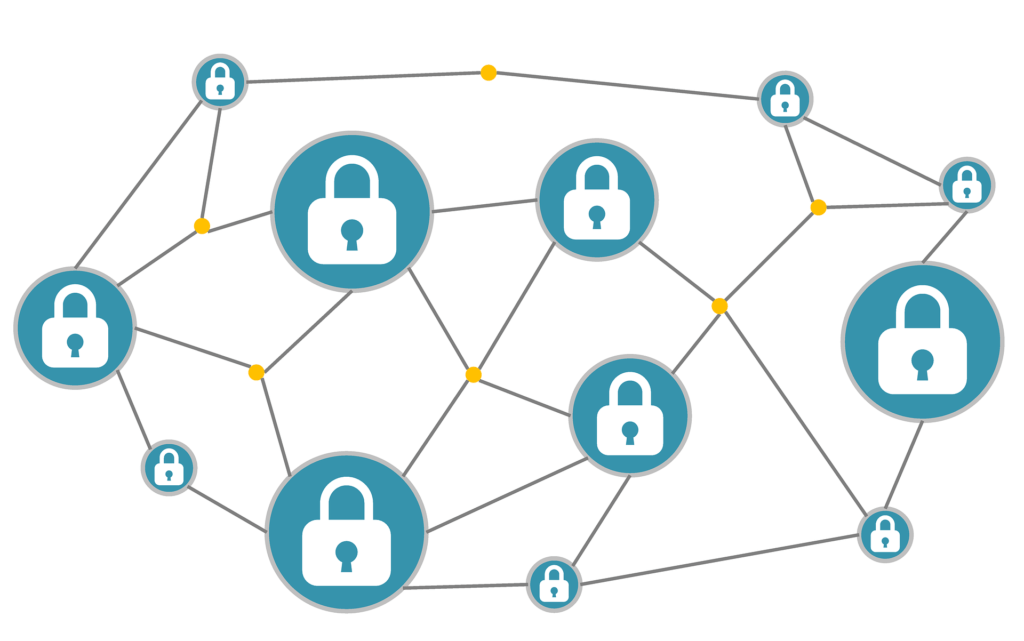 Security analysts pondered over this increase in insecurity, and then through diligent analysis, blockchain security was devised. Security and privacy of blockchain became the top priority in major crypto companies; therefore, understanding the basis of smart contract analyses and blockchain systems became a priority.

The distributed ledger system could curb fraud and escape the downward spiral of the traditional financial system, but it was still lacking something. In light of this, security analysts devised additional security measures to ensure blockchain security could withstand the standard and advanced crypto hackers.

Any form of cyber security follows a fine line of four core elements. They include confidentiality, integrity, non-repudiation and authentication.

Confidentiality mainly encompasses the ability to limit data access to a few authorized individuals. No one likes a stranger accessing their private information. Initially, blockchain guaranteed these aspects due to its chain-like network.

The primary belief was that anyone outside the network couldn’t access the link and had to be authorized first. Unfortunately, this was short-lived mainly because of the increased rate of smart contract analysis.

Crypto hackers bypass average blockchain security and gain both access and elevated access. It granted them the ability to perform a transaction. There are numerous case studies of this concept.

Likewise, data integrity ensures no data alteration in any manner. Blockchain technology, fortunately, bagged this concept. The idea behind blockchain is to create a system that no single individual can change.

Non-repudiation is also another aspect in which blockchain security excelled. Since the records of all crypto can be publicly or privately recorded in numerous computers, denying a transaction is futile. Crypto hackers, unfortunately, have proven to be more stubborn and, more often than not, thrive on publicly displaying their prowess in undermining blockchain technology.

Authentication, the ability to recognize a user, is the weakest link in blockchain security. In a previous article, we discussed how hackers from the Poly Network utilized an error identified through smart contract analysis. This enables them to bypass standard authentication and gain access to a crypto wallet.

Due to this weak link, security analysts have opted to apply various testing tools for blockchain to identify potential errors in smart contracts. This analysis enables them to remember flaws within their smart contracts before crypto hackers can get to them.

Disclaimer: This article is for educational purposes; one should not use these tools for any nefarious deeds. Emulating crypto hackers is still a crime and can lead to severe consequences.

Penetration testing is a term well-known in cybersecurity. In a nutshell, it involves a security analyst legally bypassing average blockchain security. This practice tends to reveal the various overlooked vulnerabilities that are typically due to human error,

Blockchain testing tools perform smart contract analysis to identify any loops of error. Its common security practice for Many crypto exchange platforms to use these tools to identify possible routes that crypto hackers use to access their systems.

Also, Read FTX Exchange: A platform that combines the stock and cryptocurrency markets

Below are a few powerful blockchain testing tools developed for his very purpose.

This blockchain testing tool is designed to provide smart contract developers with language and remediation steps for dealing with issues arising in the System Development Life Cycle(SDLC) of smart contracts.

One of the core vulnerabilities of blockchain security is a result of smart contracts. The very core mechanism behind cryptocurrency also proves to be its weakest link.

The source codes of smart contracts that generate the weakness may vary, but each has a common origin. This singular origin point has allowed security analysts to pinpoint and create a Common Weakness Enumeration(CWE) for smart contracts.

CWE is simply a list of common errors and vulnerabilities that developers use when designing their systems. In a nutshell, it gives them a list of don’ts that they cross-check with each development stage.

Ethereum utilizes MythX as a Software-as-a-Service(SaaS) which gives it a higher performance rate and allows a more in-depth smart contract analysis.

Manticore is a symbolic analysis tool for smart contracts. It enables a security analyst to auto-generate inputs for triggering different unique code paths.

This gives a comprehensive insight into how the source code of a smart contract functions. It also highlights the various vulnerabilities and errors. It can identify and trace the multiple inputs that caused the crash during a smart contract crash.

In addition, it can read instruction-level execution traces. The security analyst can use this documentation to further elaborate on the various vulnerabilities within blockchain security.

Security 2.0 is a smart contract analysis tool utilized in the Ethereum network. According to Ethereum, it outperforms standard vulnerability scanners used for smart contracts by emphasizing three core aspects. They include:

The primary purpose of blockchain testing tools is to curb human error during the development stage of smart contracts. Since blockchain is relatively new, getting everything right during the first few years since its release is impossible. Perfection is a state which man can never achieve.

Also, Read How Africa can utilize Artificial Intelligence in cryptocurrency

The consistent improvement of blockchain has pushed its progress to heights its initial creators did not see. Due to this, crypto hackers will still try t compromise blockchain security. Although with the application of various practices such as smart contract analysis, crypto trading diligence and crypto authentication, the rate of these hacks will significantly reduce

African Metaverse: What it is and how Africa can benefit from it