Africa has received a significant share of the spotlight in the tech world, more so in the blockchain ecosystem in 2022. African startups have flooded the tech industry, and many major tech companies have taken notice of this sudden uprising. The ingenuity and innovation found within African entrepreneurs have inspired some tech enthusiasts so much that plenty of them have set shop in strategic areas all over the continent.

Blockchain technology is the catalyst that has inspired this major shift, and as many may think, it provides an opportunity for all local tech firms, but some may disagree. At the Tech Connect Africa Dinner held in Nairobi, Kenya, this was the main issue discussed by the various panellists.

In a previous article, we highlighted the various vital figureheads who attended this dinner. This article will highlight some of the critical issues discussed within the period availed and how blockchain technology is affected. It is a fact that blockchain has empowered many African entrepreneurs to gain new ideas and apply their unique functionalities in different areas. However, some local tech companies and African companies eventually end up colliding with titans, and while on rare occasions, they may prevail, it only ends well in some cases.

Angela Oduro Lungati moderated the main event. The main topic revolved around how Big Tech has affected Local Tech and how Local Tech has benefitted or lost due to big tech entry.

This questionnaire accurately depicted the setting since the panellist belonged to either side of the tech industry. The panellists included: 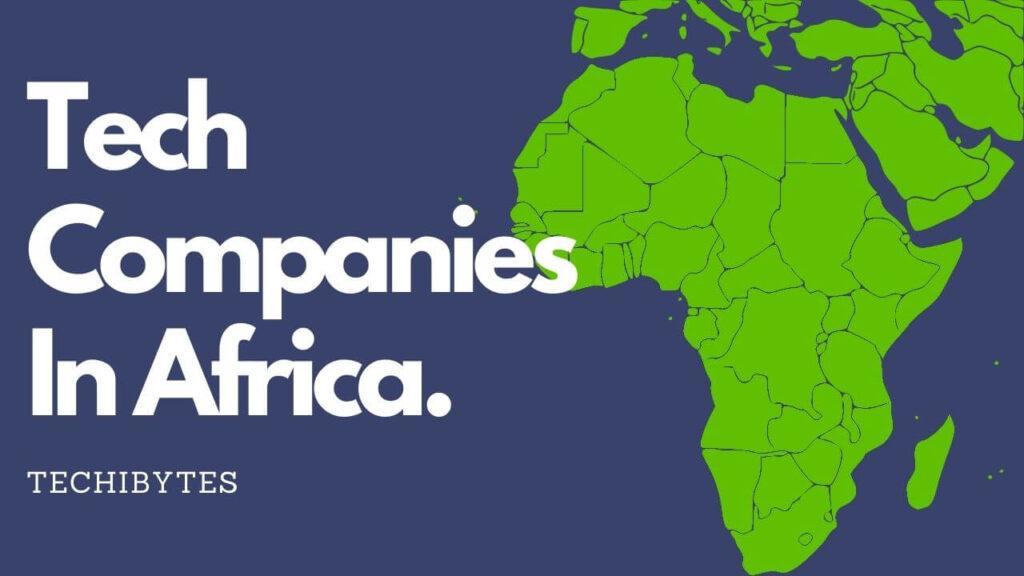 Tech Connect Africa dinner discussed the relations between the big and local tech industry and African startups, essentially drawing the connection between the two.[Photo/DailyTrends]

Their combination made it easier for the session to explain how both sides are affected and benefit elaborately. These applications were also applicable to blockchain technology.

With a broad overview of the discussion, Angela started the segment with a rather exciting inquiry.

Jackie kicked off by stating that the responsibility of Africa’s tech ecosystem does not fall under one single entity. It is, instead, the responsibility of various entities that work together. The government’s policy primarily dictates this matter. Having clear and active legislation allows individuals from both spectrums to participate in Africa’s tech ecosystem. Each has a role to play, and one of the critical roles of big tech companies is to mainly assist with creating and installing infrastructure facilitating the tech world.

The fact is that big tech and local tech have different pockets and hence can accommodate different roles. Through the establishment and accomplishment of big tech, local tech companies and various African startups have gained access to the Internet. According to Lord, big tech plays on a whole other demographic. Currently, a cable is under construction and will interconnect multiple countries, at least 33 countries around Africa, Asia, and Europe. He stated that rather than competing should essentially be a collaboration.

Also, Read The Metaverse and AI: A bread and the butter relationship

Let’s take the various blockchain technology used by different African startups. They were able to accomplish these feats through cooperation with others. No one does it alone. Having forward-thinking for both local and big tech companies brings about progress.

Lord emphasized that local tech is just as crucial to the overall picture as big tech, especially in Africa’s tech ecosystem. They bridge the gap between the market and themselves. A big tech company can only build platforms for users they have yet to interact with. Various blockchain technology or even other tech products built with the interaction of local tech companies are generally helpful.

Eric and Abele wrapped it up by stating that from a governmental perspective, they initially started in the education sector to improve something. At the same time, Abele indicated that it generally revolves around team effort more than anything.

In his response, Eric stated, as a local tech director and founder, that it generally moved to a mixture of both. He stated that the negative came from poaching talent from local tech companies. The difference in financial capabilities runs the world. The same is true in the blockchain industry.

However, he added that it still served to equip young talent with the experiences necessary for growth. Eventually, these young talented minds would sprout their wings and establish their African startups, whether in big tech or small tech.

Abel agreed with Eric and stated that big tech immensely benefits local companies. Africa;’s tech ecosystem has a lot to thank for the big tech industry. He stated that Kocela has significantly progressed thanks to Microsoft. The various tools and experience help local tech industries grow beyond their expectations.

Although talent poaching may be an issue, it still serves the long run. Lord finalized by stating that by 2025, Africa will have 50% of the world’s youth population. With blockchain technology on the rise, this is a golden opportunity to grow African startups.

What is required to maintain the balance between local tech and the big tech industry?

Jackie gracefully stated that one of the few ways to maintain harmony is simply by increasing talent. How to deal with this is to address the core issue of the education curriculum mainly. Even in blockchain technology, only a few universities offer such degrees or training. In most cases, when two individuals who studied the same course but in different universities meet at the same workplace, the difference in skill is evident. This shows a great deal of diversity in the education curriculum of African schools. Addressing this root cause will increase the talent pool in Africa’s tech ecosystem and blockchain technology.

Also, Read The Africa Startup League, an opportunity at greatness.

Eric pointed out that when a big tech industry drains a local tech company of its talent, they tend to outsource from tech industries outside Africa. We do not advocate for our local talent; at times, it’s because various African startups lack the means to cater for their training.

Abele added that this issue is choking African startups and preventing their growth. Instead, he suggested that big tech industries could collaborate with local tech industries to roll out a solution locally. Instead of merely taking talent, they could guide them and aid in fixing issues affecting Africa. Thus instead of losing talent, they can nurture it whereby both benefit from the collaboration.

Besides investing, are there other ways big tech companies can support local companies?

According to Jackie, big tech can aid local tech companies by providing them with general areas where local tech can thrive. Big tech cannot do various tasks due to its sheer size and functionality. Fortunately, the local tech industry or African startups can aid by building or developing a product.

The product can then combine its functionality with big tech industries. As such, both tech companies achieve the perfect combination. A prime example most individuals need to learn; is taxi apps such as Uber and Bolt essentially incorporate google maps within their functionality. It is a prime example of a local tech industry that utilized enormous tech reach to form a complete tech product.

Blockchain technology and blockchain startups play a crucial role in this conversation. Currently, most African startups that have dived into Web3 are merely upcoming. Big tech industries, such as Ethereum, Polygon and other crypto exchange platforms, have targeted Africa’s tech ecosystem to gain fresh new minds in the work of Web3.

Collaborating with them has ensured that more and more African governments accept and incorporate blockchain technology—Tech Connect Africa advocates for values that are key to the success of Africa’s tech ecosystem. The continuous networking of different organizations will eventually lead to Africa surpassing various first-world countries in terms of tech.

Crypto partnerships forging the path to a successful web3 ecosystem

The time is ripe to fast-track crypto regulation in Africa