Africa is ready for the metaverse

Africa boasts a large consumer market and top-quality talent. Similarly, the African digital economy is projected to grow by up to 10% per year contributing 300 billion dollars to the continent’s GDP by 2025. The working-age population across Africa will also grow by nearly 70 per cent by 2035, representing 450 million more people.

The metaverse evolution supports outstanding creativity and opens up new prospects for African start-up businesses, brands, and the community. Notably, the vibrant tech start-up environments are already propelling job creation and economic progress. In the future, they will contribute to shaping and inventing technologies that will revolutionise how people live and work and influence the common digital future.

In truth, Africa is already alive to the metaverse’s prospects. Thrill Digital, established by Delz Erinle and artist Niyi Okeowo in Nigeria, is creating a fashion metaverse utilising AR, VR, gaming and crypto.

Thrill Digital received $40,000 funding from Epic Games, a computer games and software development company based in the United States that invests in metaverse development, to launch Astra. Notably, Astra is a play-to-earn crypto game in which players try to accumulate as many tokens as possible to win physical luxury fashion items in a given amount of time.

The debut NFTs art collection by well-known South African artist Norman Catherine was launched at Africarare. Africarare users may spend $UBU Coin to buy land, create avatars, and participate in social, gaming, or creative activities. Additional Africarare NFTs collections will become a reality in the future. The current revolution represents an exciting moment for the African technology landscape; it is only the beginning!

The broader picture of a metaverse and the prevailing challenges

It may appear to be science fiction, but a Nigerian-born tech entrepreneur believes he has discovered a way for Africans to avoid problems such as social inequalities and poor governance – a virtual society birthed online.

Emole, the co-founder of the Afropolitan network state project, notes numerous things prevent Africans from taking advantage of real-world opportunities. The internet remains the only place on the planet that acts as an equaliser.

Metaverse represents a shared online landscape where humans can meet, purchase virtual products, and participate in events. However, the metaverse has raised concerns about digital rights, data protection, and online inequality.

Thami Nkosi, an activist and researcher at the South African non-profit Right2Know, which strives to enhance access to public information, observes that heightened infrastructural development remains crucial for operationalising the metaverse. According to Nkosi, the lack of electricity and internet might keep many from benefiting.

Albeit, some activists and researchers believe that new possibilities will emerge as smartphones and internet access grow across the continent. Based on a survey by the market research company L’Atelier, the developing virtual economy now incorporates 2.5 billion individuals and yields billions of dollars every year.

The majority of technology systems used in Africa get sourced from North America, Europe, the Middle East, or China, according to Johan Steyn, chair of the Institute of Information Technology Professionals South Africa’s Special Interest Group on Artificial Intelligence and Robotics (IITPSA).

Therefore, developers should emphasise the importance of developing products tailored to African needs. An African lens on the application of smart technology remains crucial in incorporating the African people.

Metaverse will completely adjust everything: how people can work, live, and play. This is according to Mann, co-founder of Ubuntuland, Africa’s first metaverse marketplace. According to Mann, introducing the metaverse represents a chance for “future-proofing” Africa to build on the steadily growing digital space.

Read: Adanian labs accelerates the growth of startups in Africa

The Afropolitan project targets the over140-million African solid diaspora with the eventual aim of expanding into a physical territory. Emole, a Nigerian by birth, observes that Afropolitan can offer answers to poor governance that remains hugely prevalent in many African nations. Consequently, Emole cites poor governance as a critical reason for widespread emigration.

Afropolitan raised $2.1 million in a June financing round to aid in developing the digital state, and 10,000 people have signed up for more updates and information. The founders of Afropolitan have proposed to launch initially by trading NFTs which will act as a digital pass to physical events and spaces. Eventually, the founders will create an app allowing members to transfer money and purchase goods and services.

Emole, based in Silicon Valley, observes that the project will span the metaverse and the internet. With time the Afropolitan project will gradually evolve and grow into a fully-fledged digital nation with a native currency and a common purpose.

Consequently, the founders anticipate purchasing land from governments to establish a collection of Singapore-like charter cities with “national independence” and even offer citizens services such as water and energy using cryptocurrency.

These physical territories will also encompass Afropolitan embassies to assist citizens in challenging the incompetency in governance by offering alternative financial and leadership structures. The founders desire to fix the governance problem, the biggest issue because good governance allows all other sectors to thrive.

The Afropolitan project is still in the infancy stage of gathering finances and supporters before developing the proposed app. Meanwhile, some tech experts and researchers have questioned the project’s feasibility.

Nkosi from Right2Know observes that governance entails much more than a digital virtual space. Steyn notes that the ideas remain exciting and worth discussing. However, doubts the possibility of digitising nation-states, founded on the power base of the political elites with an unending desire to hold on to absolute power.

Other nations and cities have eyed the potential of the metaverse. The island of Barbados and the city of Seoul declared their intention to adopt metaverse in offering administrative services to the citizens. 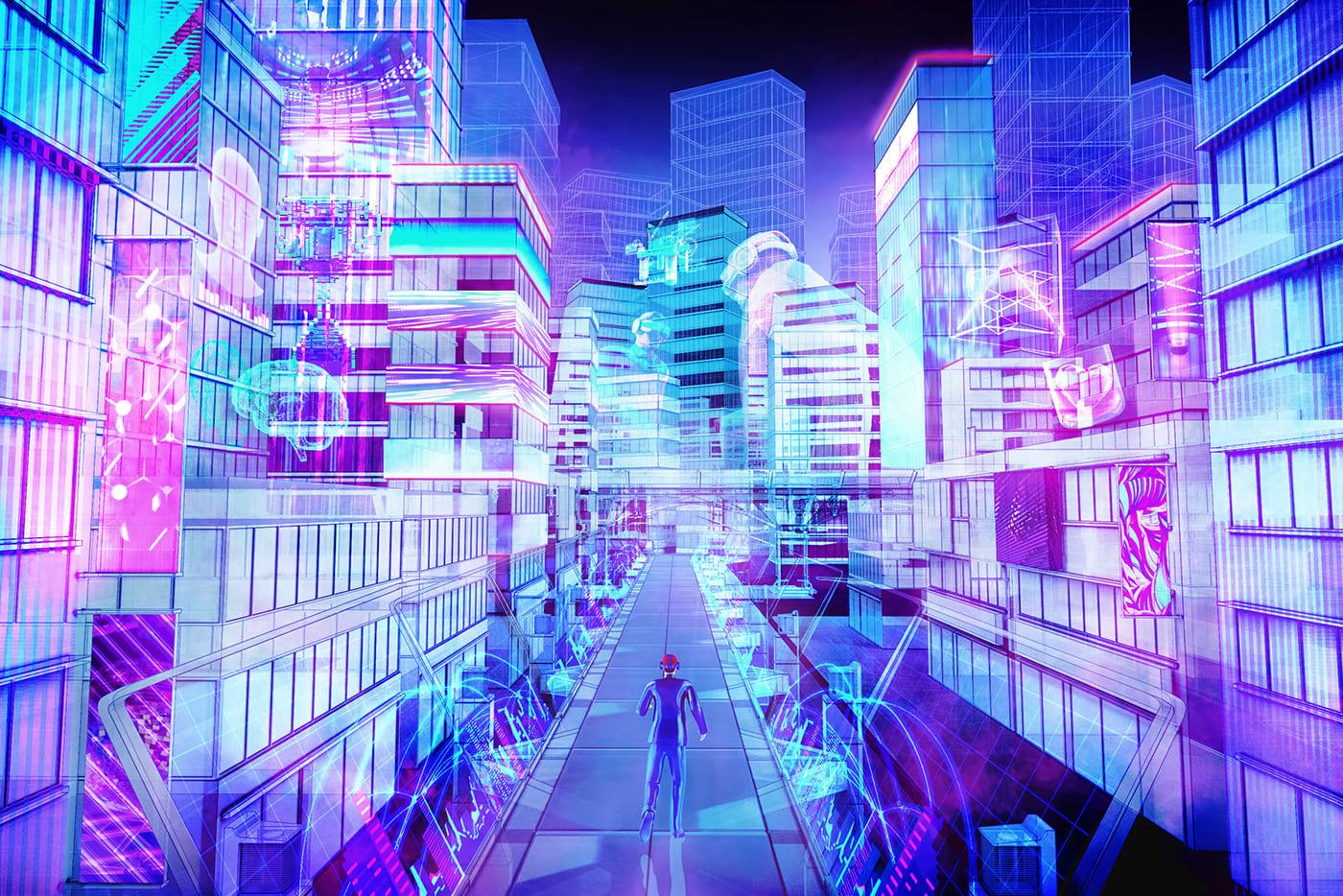 The metaverse is a 3D online virtual space that connects individuals in all aspects of their lives. [Photo/dailysabah]

The Ubuntu crypto token allows users to buy and customise land. According to Mann, signed-up users will have a chance to set up games, films, concerts, therapy spaces and shops. Moreover, the founder hopes that different metaverses worldwide will create millions of jobs. Mann’s native South Africa has a 35 per cent unemployment rate.

Metaverse and NFT online projects create new avenues for communities. However, the projects will not make a silver bullet for complex issues. Nkosi notes that utopian digital projects could face the same challenges of inequality, crime, and corruption they seek to resolve.

Kanis Saengchote, an associate professor of banking and finance at Thailand’s Chulalongkorn University and a metaverse researcher, notes that the physical world’s frictions are replicating in the virtual world.

Even as people trade some metaverse plots, Saengchote notes that it remains debatable whether virtual land has “actual value”. Furthermore, there are risks of scams and fraud, just like offline transactions.

The concerns about financial delinquency are “valid criticism”.  These concerns can be addressed through public awareness of possible scams and advanced fraud detection. As a result, there will be lots of trial and error to safeguard virtual spaces from becoming divisive or elitist.

However, many remain optimistic about metaverse, and NFTs offer promising solutions for education and healthcare. The solutions create the promise of better opportunities for all people. The beauty of this process is that it acts as experimentation of what’s feasible in modern times.