With only a few days left to usher in 2023, a recap of the year is in order. There is a need to expose the highs and lows within any industry to see where it went wrong and succeeded. 2022 was a trying year for the crypto industry. Many expected the year to usher in a new age of crypto adoption throughout the globe. Africa’s crypto market, on the other hand, has received quite a recognition. 2022 is when, despite the crypto winter and crash, it has still managed to survive and shore through hardships. 2022 saw multiple African governments finally embracing cryptocurrency and others incorporating their digital assets or CBDC. As a result, the need for crypto regulations has risen. To add the cherry on top various blockchain-based startups have stolen the limelight and showcased the brilliance of the African heritage.

Here is a quick summary of the various sectors that have embraced, rejected and fallen short within Africa’s crypto market.

It is biologically encoded in the human brain to reject the things we do not understand. This first factor plagued the African crypto market for a significant time. Fortunately and gradually, various governments slowly warmed up to the notion of cryptocurrency and digital assets in the form of CBDC. CBDC is essentially a digital asset pegged on the nation’s fiat currency. Africa’s crypto market has had various high and low moments with African governments, especially on crypto and digital assets.[Photo/FinanceMonthly]

Despite its new nature, several governments have learnt to embrace its practicality. South Africa, Ghana and Nigeria have each taken significant strides to set an example for their sister country. Within the year, these three countries have shown us that with governments’ cooperation, we can benefit from cryptocurrency. More so, South Africa has borne witness to the benefits, despite a lack of crypto regulations, while navigating the unknown territories of its use.

At the beginning of the year, the South African Reserve Bank set a project to establish crypto regulations in motion. This initiative aimed at governing the use of cryptocurrency within the nation. The increasing crypto adoption within the African country even led to establishing of several crypto ATMs throughout the country, allowing users to befit from their crypto coins directly.

As the year progressed, multiple South African Organizations, such as the Sun exchange and its H20 securities, embraced blockchain technology. The financial market of the country was gradually progressing. Although what generally stole the spotlight was its government officially recognizing crypto as a financial product. This initiative sent shockwaves throughout the entire African crypt market and the crypto industry at large. The first country to genuinely take the necessary steps to create crypto regulation.

As a result, other governments such as Zambia, Nigeria, Kenya and Tanzania reconsidered their stance on CBDC and cryptocurrency. Both Tanzania and Kenya were initially sceptical about cryptocurrency. Their respective Central Banks stated that allowing crypto within their economy was nothing short of madness.

Currently, under new governments, both nations have taken on a new perspective. William Ruto, Kenya’s new President, stated that cryptocurrency is a lucrative venture from which both its citizen and country can benefit. As a result, we may see new tax laws imposed on its crypto ecosystem.

Under a new regime, Tanzania has expressed its interest in cryptocurrency. They stated it would conduct necessary measures to formalize adequate crypto regulations. Nigeria also had a change f heart as its government is reconsidering lifting the ban on digital assets. This ripple wave caused by a single country showcases that once we genuinely understand or see the applicability of a new concept, we can truly embrace it.

Unfortunately, this is the first step, as most African governments still need to be convinced about digital assets and cryptocurrency within their economy.

Many big-league organizations such as Polygon, Ethereum and Binance have realized the true potential of Africa. The only hindrance was a need for more knowledge. The innovation behind successful blockchain startups results from various African minds being educated and trained on the concept of blockchain. Companies such as BitSika, Chippercash and Yellow card result from self-taught individuals. What would an education course mean for Africa if such minds could create masterpieces?

This concept was a realization by many organizations. Binance turned its focus to creating an entire Academy dedicated to teaching young African minds the practicability of digital currency and how to shine within the crypto industry truly. This year alone, they have hosted numerous crypto education.

Africa’s crypto market has had a rocky journey in 2022. A mixture of both good and bad moments, but it still showing resilience.[Photo/Decentralized. Africa]

One focused on Francophone Africa. The tour initially started at Cotonou Benin, and it was a significant success. Later, they went to Togo, Côte D’Ivoire, Cameroon and Burkina Faso to establish the foundation of crypto education in young minds. The positive feedback was tremendous, inspiring many young African minds to pursue blockchain as a career.

Polygon hosted its first-ever African Bootcamp, a hackathon in Kenya. This initiative inspired blockchain ideas and startups and gave veteran and newbie blockchain developers a chance to broaden their skillset. The year’s highlight in crypto education was from the African Blockchain Centre. They offered a blockchain course resulting in 105 new blockchain developers. They broadened Africa’s crypto market and showed the world its potential.

This fact is actually since the whole of Africa’s crypto market comprises self-taught individuals who have merely shared information with their peers. In addition, only a select few countries are actively participating in cryptocurrency.

Crypto Regulations are a must for Africa’s crypto market

As mentioned earlier, most governments and Central Banks of Africa have rejected the notion of cryptocurrency. In 2022 only a few Central Bans have changed their hearts and opted to research crypto regulations but are yet to incorporate them within their system. 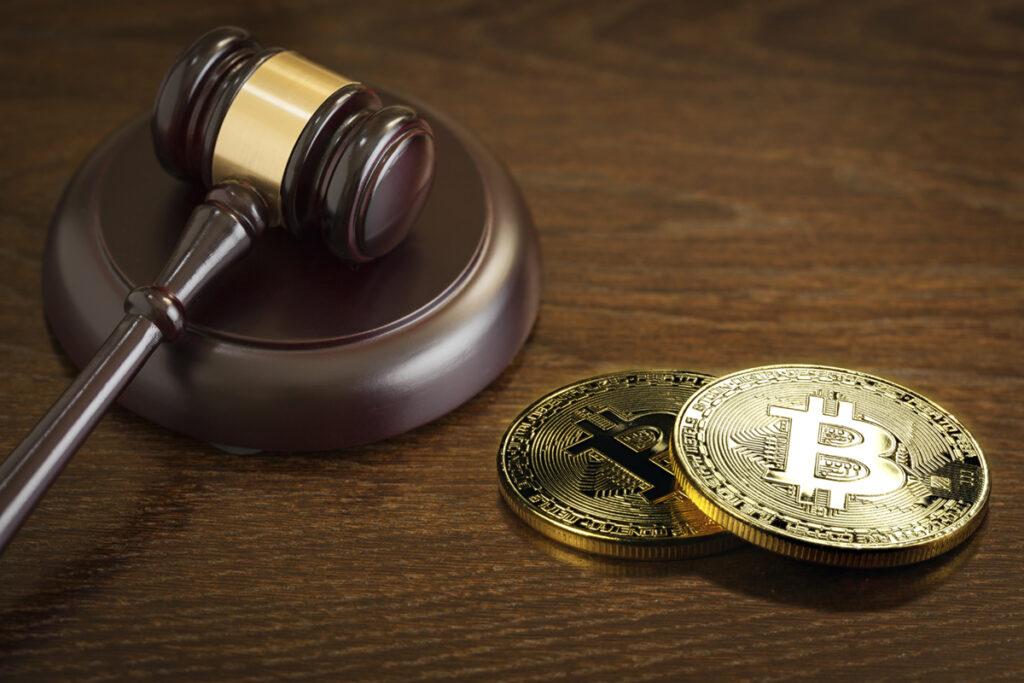 Central Banks have struggled to create crypto regulations that benefit their citizens, country and the crypto industry.[Photo/Bitcoin.com-News]

Despite this, the African crypto market did have its moment with a few Central Banks. The Central Bank of Namibia softened its grip on cryptocurrency by lofting the initial ban it imposed. This enabled crypto traders to settle payments and transact freely through cryptocurrency.

Also, Read the Crypto regulation framework in Africa: Why we need it and who benefits.

However, it must still be ready to accept it as legal tender. Its stance on CBDC is still firm, and it is yet to acknowledge the benefits it may bring, but it is still a step and one that many across Namibia are grateful for. The Central Bank of the Central African Republic stepped into the limelight as it announced its plans for a CBDC.

This shocked most of its neighbouring counties, but the t its world, CAR officially launched it. Sango, the CBDC of the Central African Republic, was backed up by Bitcoin and was recognized as the second country to make Bitcoin a legal tender. This initiative led to a series of chain events that resulted in multiple governments and banks reconsidering their stance on digital assets.

From its government’s participation to establishing crypto education, Africa has shown the world that when given a chance, it will shine. Multiple blockchain startups dominating the Defi industry have their roots within Africa. These achievements did not come with several setbacks.

The current crypto winter has significantly damaged the crypto adoption rate in Africa, and most governments have reverted to fearing crypto. Despite its efforts, the crypto industry and its consistently fluctuating nature are still significant hindrances to Africa’s crypto market.

Also, Read Binance sets out to save the crypto industry

2022 was a year of recognition and endurance. As the year ends on a low note for African crypto traders, there is still hope for a better 2023 as more African countries now look for ways to implement cryptocurrency in a controlled and safe manner.

New Twitter has the potential to revolutionize crypto in 2023