Not everything you heae about web3 technology is true. We give you the facts and filter the noise

As with all new technologies, scepticism is a natural occurrence. Web 3 technologies such as blockchain, cryptocurrency and NFTs are no exception to the rule. The world is full of web 3 technology myths. Some of them come from simple misunderstandings and unfortunate negative experiences. That doesn’t stop them from being prevalent.

Many promoters and evangelists of web 3 technology will come across backlash from people citing some, if not all, of these web 3 technology myths as facts. We are here to debunk some common myths plaguing web 3 technologies. Namely, those to do with blockchain, crypto and NFT myths.

Blockchain is the technology that many web 3 products and systems run on. A blockchain is a system which facilitates an immutable ledger that records and tracks transactions and assets in a network. In simpler terms, a blockchain is an open record that allows all members of a network to edit and view transactions relating to an item securely.

There is a myth that blockchain technology is extremely expensive to run, but this is not entirely the case. The decentralised nature of a blockchain means there are many hands involved, and using the thinking of prior technologies, blockchain seems expensive.

However, the reality is that blockchain systems do not cost that much. Compared to blockchains’ ability to manage and track complicated transactions, they provide good value for many. As with any emerging technology, costs are high at the beginning, but wider adoption always leads to a drop in the cost of setting up and running these technologies. With time, this is a web 3 technology myth we will see much less of.

In that regard, the use case of the blockchain will have a lot to say in whether and how much information is publicly available. 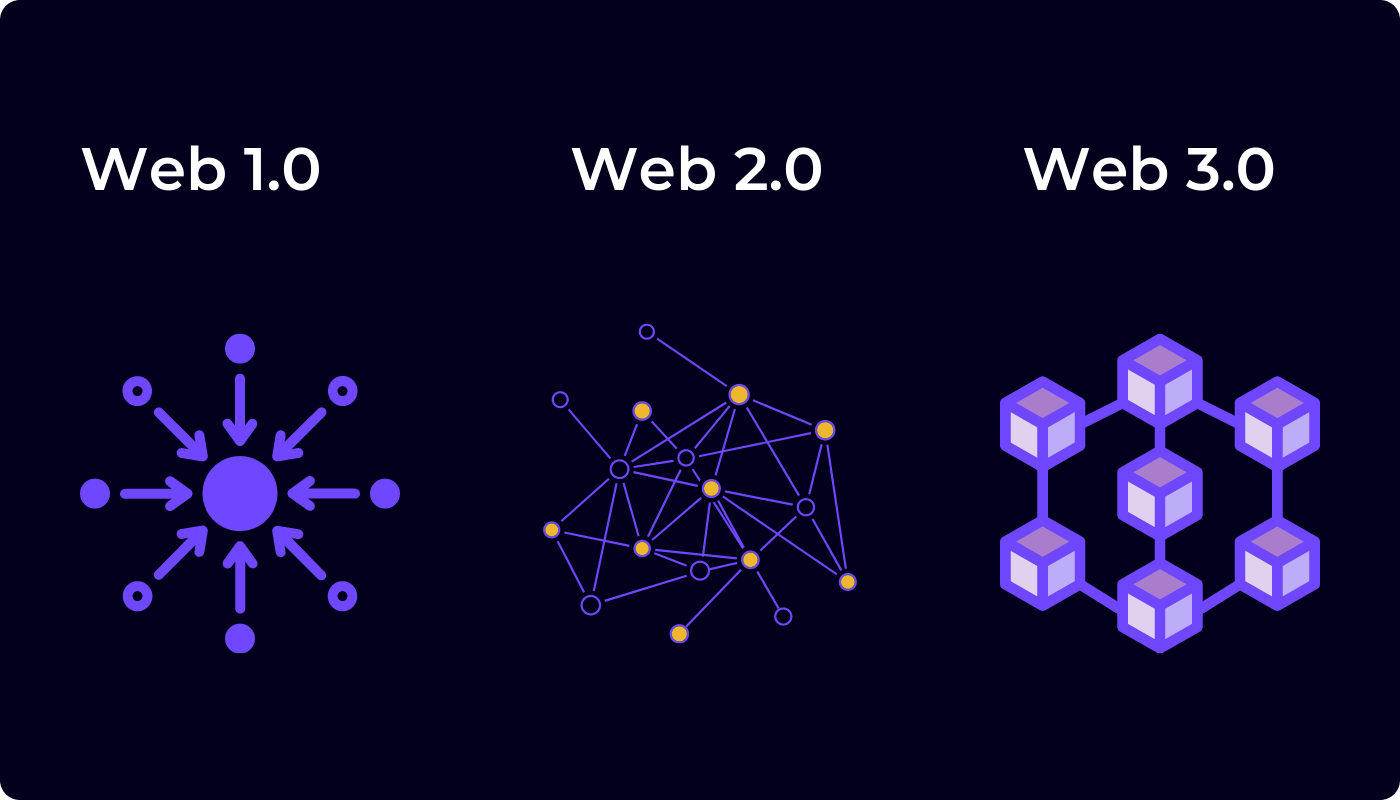 This needs to be looked at further as simple acts such as remitting money from one country to another may be deemed against the law in case a country is sanctioned, regardless of the recipient. The territory becomes a little grey when we look at things through an ethical lens. This is a myth that is not unique to web 3 technology myths.

The rapid rise and decline in cryptocurrency markets have led many to remark that cryptocurrencies lack intrinsic value and are speculative assets. This web 3 technology myth needs to be broken down to be understood.

There are a multiplicity of cryptocurrencies, each deriving intrinsic value from different places.

This really more of a misunderstanding than a myth. Many scams either hid behind or used cryptocurrency to part people with their hard-earned money. Cryptocurrency investment scams and rug pulls such as the infamous Squid Coin, based on the smash hit Netflix show Squid Game, are two good examples.

This is an unfortunate characterisation where fraudsters have used cryptocurrency against people. However, cryptocurrencies are not scams. A wide field leads to the coining of terms like meme coins for cryptocurrencies that are created for the enjoyment of select groups rather than utility.

However, we can safely say that cryptocurrency is not a scam, and people need more education on cryptocurrencies to dissociate them from scams. To be fair other forms of money such as minerals and fiat currency have been used in scams too.

Cryptocurrency enthusiasts have led the world to believe that cryptocurrency will eventually replace fiat money altogether. A quick look at the terrain in a place like Africa will inform us that this will likely not be the case in the near or distant future. Firstly cryptocurrency has its own use cases and will more likely run side by side with fiat currency than usurp fiat currency’s role in the world.

Africa has large rural populations which lack access to electricity or the internet. For this reason, complete adoption is unlikely. Secondly, central bank digital currencies (CBDCs) are governmental and national authorities that take on digital currency, and even these, for the aforementioned reasons, will work in tandem with fiat currency.

Finally, even the older forms of money such as bartering, livestock and minerals are still prevalent in the world today. There’s no reason why these forms of money cannot all co-exist in the future.

Central Bank Digital currencies are often considered to be similar to cryptocurrencies. The myth is that they are competing. However, there are some important differences that distinguish the two.

Finally, CBDCs are linked to a nation’s fiat currency; in existing examples, they are fully fungible with national fiat currencies. You can look at the contrast as CBDCs bridge the gap between fiat currencies and blockchain-based cryptocurrencies.

NFTs still confuse people, and where there is confusion, you will likely get many myths behind them. The NFT myth that says that NFTs are useless comes from a misunderstanding of what NFTs are.

With land, you have freehold, where a person has outright ownership of the land and can use it as they please, even dispose of it. We also have a leasehold, which, if you can keep up, gives the person rights to the use of the land but not the land itself.

The land can be transferred to another person, but the ownership of the land never changes hands, usually owned by a state government. In the same way, what rights an NFT buyer acquires to an NFT depend on the agreement of sale. In many cases, the rights to use and duplication remain with the creator of the NFT. So the same way, buying music or subscribing to a streaming service allows you to enjoy the music you do not own the rights to the music. We can see how this NFT myth came about.

Continuing with the NFT myth theme, we should also look at the idea that NFTs are useless because they can easily be copied. This comes from a web 2 point of view that doesn’t consider where the ball is going to be rather than where it is. NFT art, for example, can be copied and reused in the current state of the internet.

In the current iteration of the internet, we must understand that even the rights to images and media we share on social media, for example, do not belong to us but to the social media platform.

Web 3, through combining blockchain technology and other advances, seeks to change that by allowing control and ownership of media we upload. Helping you find your media online is one example of the first step towards this. Spotify purchased Mediachain because it created such technology.

Music, wherever it is uploaded, can be identified by the creator or their representatives. That is the world for which NFT technology is designed, and we are edging towards it. Meanwhile, original NFT media is still distinguishable from duplicates. In addition, ideas such as token-gating bring more utility to the NFT world.

Those are some of the biggest myths in the web 3 world concerning blockchain, cryptocurrency and NFTs. How many of these have you heard and perhaps believed before?

Read: Africa: The urgent need for regulations to protect crypto investors from fraud and scams

Tether: the stablecoin that has deeply rooted within Africa’s crypto space