European Union to curb crypto mining to save energy

The EU Commission issued a statement warning that cryptocurrency mining tax breaks may have to be suspended in the European block as an energy crisis looms. The Russia-Ukraine conflict and subsequent measures have created an energy crisis in European nations heading into winter when energy demand surges because of harsh temperatures.

The EU commission says cryptocurrency mining activities may have to be halted to preserve energy in a demand management strategy.

How much energy does crypto mining consume? Well, according to the Digiconomist’s Bitcoin Energy Consumption Index, one Bitcoin transaction uses 1449 kWh, roughly enough to power the average American household for 50 days and the average African Household for approximately 100 days. That is a lot of power!

The concerns over this consumption are not new. Annually the power consumption of Bitcoin alone is estimated at 127 terawatt-hours which are 127 billion kilowatt hours.

Why does Europe have a power crisis

The primary reason given by many academics for the impending power crisis is the global economic slowdown. With reduced activity, due to coronavirus pandemic and other reasons, power demand reduced. Recovery from the slowdown suddenly increased demand, but generation capacity was not restored in time.

This is what is known as the bullwhip effect in supply chain economics. Due to reduced demand, supplies are cut. When recovery starts, there is shortage in supply. Supplies are ramped up. Gradually the mismatches shrink until the market finds its equilibrium. 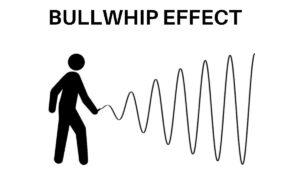 Long terms plan to affect crypto mining in the EU

The EU Commission also announced long-term plans which will affect cryptocurrency in the EU. The European Commission suggested adjustments to tax breaks for proof of work crypto in the region. Many EU member countries do not have any form of taxation on profits made from cryptocurrency mining, while other activities generally pay income tax, value-added tax or both.

This treatment amounts to tax breaks on crypto mining, and the EU Commission plans to put a stop to these. This will make crypto mining less profitable in the EU and will curtail the activity.

Another proposal by the European Commission is to start a rating system for cryptocurrencies according to the environmental impact of their mining activities. At least within the EU. It’s hard to see how this can immediately impact cryptocurrencies, but the same systems were introduced to appliances and became a global standard, so what’s to say it won’t work here?

How much will this impact cryptocurrency mining

Crypto mining is spread around the world though there is still some concentration. Using Bitcoin mining as an example, China was responsible for half the Bitcoin hash rate, but since a crackdown there, the US and Khazakstan now account for most of the world’s Bitcoin mining.

Only Germany and Ireland, as EU members, significantly contribute to the Bitcoin hash rate, accounting for just over 5% combined. Of course, Bitcoin does not represent all cryptocurrencies, but it gives us a good indication.

Demand management isn’t always the best way to tackle energy, as we have continually seen in Africa. This policy may inadvertently make cryptocurrency mining more valuable. While initial effects may crowd out players, it will also lead to a shortage of miners, which will increase the value of cryptocurrency mining activities. Of course, the issue is not the energy used in mining but the source of energy.

Perhaps approaches that use renewable energy for cryptocurrency mining, like Kenya’s Gridless, would work better in the long run.  If the EU proceeds with these recommendations, it may create a void that African crypto miners can move to fill with cleaner energy sources.