A Sybil attack is a malicious attack that targets the whole crypto network and creates duplicate accounts to pose as real users.

Everything in the digital age has a counterfeit, a duplicate that is slightly cheaper or lacks the adequate quality of the original. Duplication or mimicry is often a response to the rise of demand. In cryptocurrency, duplication is common as digital assets slightly differ from one. This can be in terms of brand, mechanism or even a Title. Unfortunately, crypto hackers and scammers have taken the art of duplication and used it to bypass set security standards in Blockchain security. With the recent uprising in Africa’s crypto ecosystem, crypt hackers have their eyes on profiting off the surge in users. The Sybil attack is the critical duplication attack that often occurs and supports other blockchain security vulnerabilities.

What is a Sybil attack

Blockchain technology and crypto networks have transformed the technological world. As we enter the new age, some wish to profit from digital assets without going through the expected process. Since its debut ad initial concept, blockchain security’s primary functionality has been to curb any alteration of data. However, crypto scammers have altered their thinking and utilized creativity to create new crypto attacks. Sybil’s attack is the result of such ingenuity.

Also, Read How to solve the blockchain trilemma using sharding

A Sybil attack is a malicious attack that targets the whole crypto network and creates duplicate accounts to pose as real users. This generally brings several problems, especially when the consensus mechanism is required to complete the validation process. 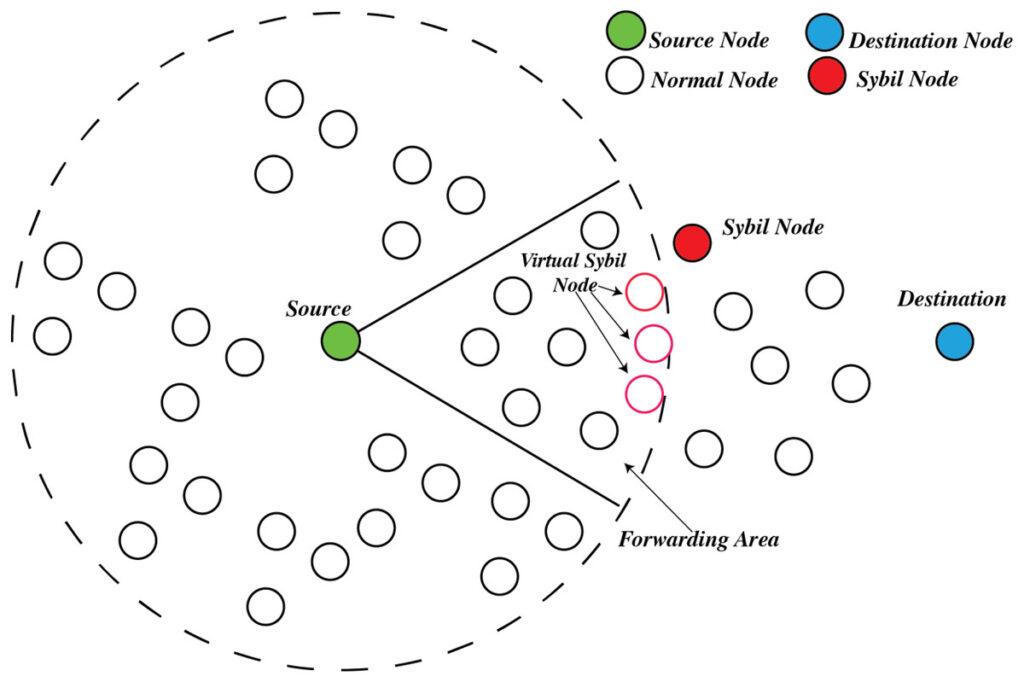 A Sybil attack compromises blockchain security and the crypto network by slowly taking over the web and digital assets through fake nodes.[Photo/DCXLearn]

The word Sybil comes from the book “Sybil “by a well-known writer Flora Rheta Schreiber. The main character of this book is Sybil Dorsett, a young woman who suffers from dissociative Identity Disorder(DID). DID is a psychological disorder and phenomenon that allows individuals to have different identities.

This is the precise mechanism that a cyber hacker utilizes. A cyber hacker can take over an entire blockchain network by creating multiple identities, and the mechanisms behind the crypto network will think that there are 30 nodes. In actuality, it might be one or two nodes.

The primary end goal of this attack is to bypass blockchain security. To take advantage of legitimate users by impersonating them and using their account credentials for digital assets.

A Sybil attack allows a hacker to create an account with a high reputation score. This makes it appears that the individual has validated several blocks within the crypto network. If the blockchain system notes this, it will assign the user a new partnership to validate, and the cycle repeats itself.

How does Sybil work

Similar to planning a project or formulating a strategy, crypto hackers follow a step-by-step plan to execute the Sybil attack. Sybil is generally creating more than one persona. This means that each account has to appear legitimate, hence, will require the impersonation of a legitimate user. To accomplish this, hackers tend to find ways to acquire credentials such as email addresses and passwords and mainly target unknowing citizens who innocently relinquish such vital information.

The next step in a Sybil attack is to duplicate the acquired account. This step is commonly known as phishing, and it has terrifying consequences. What is important to note is that what makes a Sybi; attack ruthless is its incorporation of additional attacks. In its process, it requires the mechanism of phishing attacks to duplicate users through stolen credentials.

In most cases, the duplicate created is almost identical to the real account. Once the funds are all set and functional, the crypto hacker finds a target crypto network that may have various loopholes within their blockchain security and embed the counterfeit users.

According to security experts, carrying out a Sybil attack is not unrealistic. Once the duplicate users go unnoticed by the blockchain security system, the crypto hacker is generally free to do as they please.

Why is Sybil’s attack menacing

Two critical aspects make the Subil attack cumbersome. The first is that a crypto hacker can launch it from inside or outside the crypto network. More commonly known as a direct or indirect attack.

A direct attack is often straightforward and starts with a single note within the crypto network spoofing or duplicating other nodes. Here the cyber hacker ensures that the actual node interacts with all the other nodes. Once the blockchain security measures fail to notice, the existing nodes tend to communicate with the Sybil nodes(duplicate nodes), directly influencing and increasing their authenticity.

The indirect attack involves the Sybil attack initiated by an actual node within the crypto network. The crypto hacker accesses a legitimate user and starts the process of duplication on its behalf of it.

The second aspect that makes Sybil’s attacks cumbersome is its ability to incorporate other attacks. Its very process involves incorporating the mechanism of a phishing attack. In addition to the number of fake nodes within the crypto network superseding the number of actual nodes, the attacker can launch a 51% attack. Thus a crypto hacker will have complete control of the blockchain network by using one or two nodes.

All is not in vain, as blockchain security has significantly advanced over the years. It considers the possibility of new and more sophisticated forms of data breaches. A successful Sybil attack is intimidating, especially since it generally means taking over a crypto network and accessing most digital assets. It is surprisingly easy to avoid.

Here are a few guidelines:

The Sybil attack will eventually become obsolete due to the integration of the Proof-of-Stake mechanism, as many crypto exchange platforms are either shifting or shifting to PoS. Although there are existing blockchain security measures that prevent Syblin attacks, such an attack is still possible. Staying informed of how to avoid it is crucial in preventing it.

Understanding the difference between crypto enthusiasm and crypto addiction