Home » The Metaverse and AI: A bread and the butter relationship
News

The Metaverse and AI are essentially designed to complement each other's capabilities. Here's how;

Since the dawn of time, the inventions of man have consistently progressed. From the wheel to electricity and in each era, it comprised the same pattern; collaboration and improvement. It is blending two things to compensate for the deficiency of the other. A prime example is how the education system is functional, but both aspects complement each other when combined with technology. In the tech world, collaboration is better than competition, and this is a fact.

Currently, as the age of Web3 is slowly transitioning into the spotlight, various industries have opted to partner up to ensure business continuity during this day and age. The application of blockchain technology has shaken the world to its core. From hospitals to payment services, the potential Blockchain has been unmatched, or so we thought. Collaboration is a critical factor in man’s progress, but only AI and the Metaverse have complemented each other.

Each has its separate applications, but when combined, the realization of the virtual world is at hand. Below are various ways in which AI and the Metaverse are the bread and butter of the Tech World.

The Metaverse has numerous definitions and is classifiable under different categories. Although, stating that it is a collaborative virtual space that merges the real world with the virtual world is more accurate than some. The realization of the Metaverse was a dream come true to most in the Tech World, mainly thanks to the blockchain technology from Web3. It was the final catalyst that led to the realization of the “world” created by man. Metaverse and Web3 are the first iterations to a future many once considered impracticable.

Also, Read Blockchain and the Metaverse: A symbiotic relationship with unending possibilities.

The Metaverse essentially allows individuals to choose a virtually alternate livelihood from their own. They can create “characters” or “avatars” that interact with the virtual world. The main aim of this Virtual world is to make it uncanny from the real world, creating a utopia with the same presence and feel as our world but with endless possibilities.

The Metaverse uses two key aspects to bring reality into the virtual world;

Two similar but distinctive aspects bring out two variations of the Metaverse.

Augmented reality combines the real world with virtual reality. Its mechanisms utilize the surrounding area as a background to overlay a virtual field around the users. Users typically view both worlds as one, an achievement envisioned in 1968 by Ivan Sutherland. 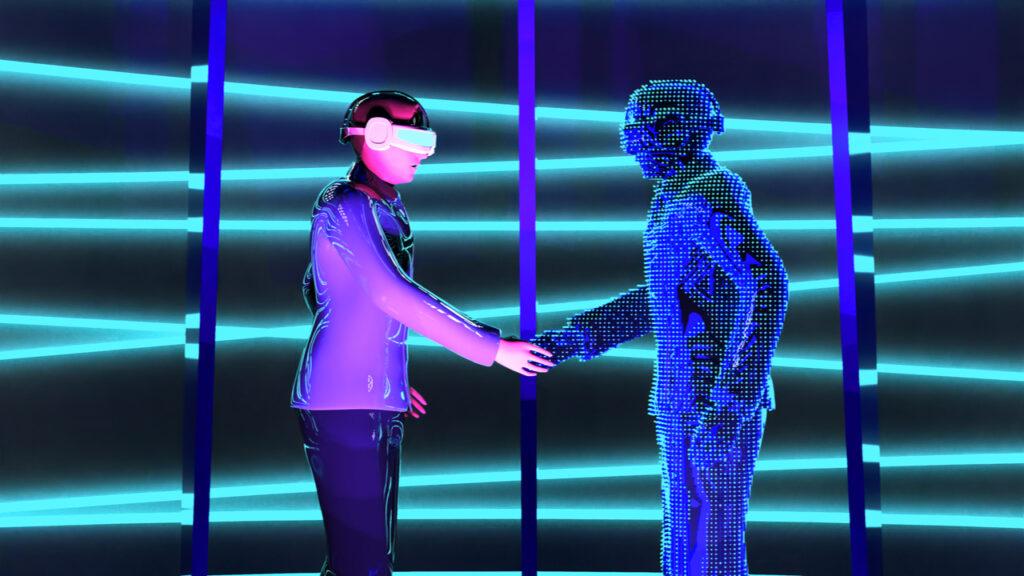 The Metaverse is the next step in the Web3 revolution utilizing blockchain technology.[Photo/LinkedIn]

Virtual reality is sometimes considered a dedicated AR, where instead of merging virtual reality and the natural world, it ultimately emerges the individual into the artificial environment. Focusing on the user’s eyes and ears essentially “immerses” the user into a world of endless possibilities.

Both aspects run efficiently on their own, but when AI has been implemented with Web3’s blockchain technology, the look and feel and indescribable.

The concept of Artificial Intelligence has been the cornerstone f every innovator in the Tech World. Duplicating man’s intelligence was seen as voodoo back when the idea presented itself. As years passed, what appeared as magic became a possibility, and by the time Blockchain technology or even Web3 came to play, AI was a reality.

The development of machines, software, or computing systems could mimic the human mind, and many asked what next. This led to the application of AI in different sectors of our lives. 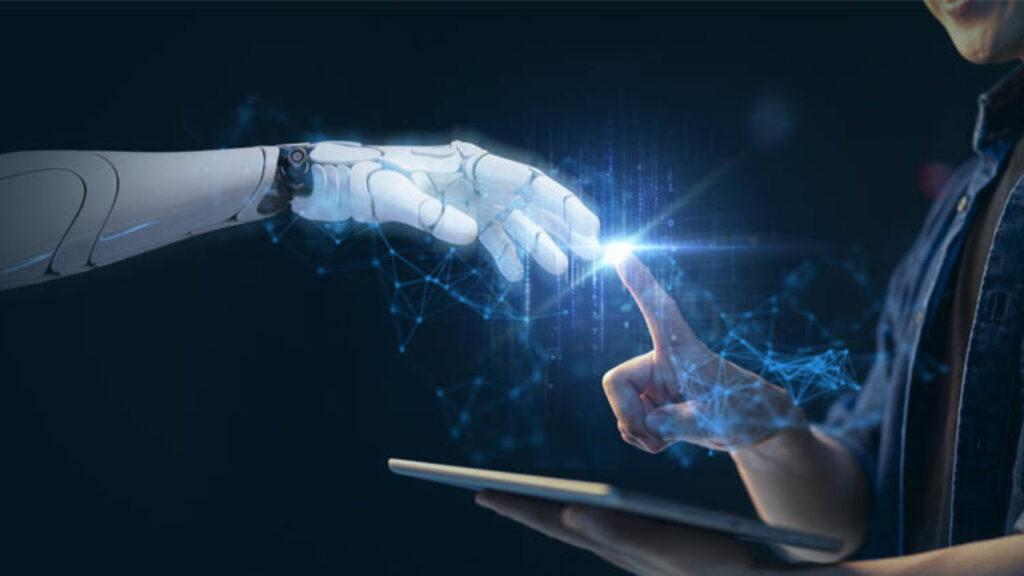 Artificial intelligence (AI) has revolutionized the Tech world through its numerous applications. [Photo/XRToday]

From transactions to hospitals to even schools, AI is almost everywhere. Its ability to rapidly analyze insurmountable amounts of data to produce insight and user action led to its widespread adoption. It is usable in different business functions.

They include; face recognition, Natural Language Processing(NLP), speedier computation and various other background operations. The main thing that enables AI to apply different functionalities in various aspects of our lives Is its ability to learn. The key element of AI was not its processing speed or large computing algorithm but its capability to learn. This single aspect gave it the necessary criteria to mimic the human mind.

The Metaverse and AI relationship

So far, we have two innovations that man initially thought were impossible; AI and the Metaverse. Individually they have accomplished much, but when combined, they bring a different dynamic.

Web3 is considered the future of the internet, and Blockchain technology has revolutionized the Tech world. AI’s ability to learn, adapt, and compute makes it the perfect tool to be incorporated into the Metaverse and, eventually, Web3. The Tech World can apply AI in different areas of the Metaverse. It has led to the development of smart contracts, the building block of blockchain technology.

Through this aspect, AI guarantees the firmness of the Metaverse infrastructure. Its computing capabilities allow it to transfer data at high speed between the different layers of the Metaverse. The Metaverse can also use AI in the following ways:

The most anticipated and prominent factor within the Metaverse is its virtual avatars. It is a chance for individuals to get out of their shoes and experience a brand-new form of life.

Getting a do-over is one of man’s hidden desires. The opportunity to make different choices in your life, the chance to take a different path, is an aspect the Metaverse offers. It allows the users to choose the type of feature their avatars are to have. From the face, the hair colour and sense of style, entirely upon the user.

AI’s ability to mimic and recreate life-like images is applicable within Metaverse. It builds a precise ad with real-life avatars, further increasing the user’s experience.

A core element of AI is its Natural Language Processing(NLP), which allows the AI to learn and mimic any language. The Metaverse is a global platform, and millions of users interact daily, each with has different background. Various issues start to arise, such as language barriers during communication. AI can segregate into multiple languages like English, that AI can translate into a machine language. Processed and then translated into a different language.

The processing and analysis of this functionality often occur instantly, ensuring no lag time between conversations. Having to wait 23 minutes between each sentence can be trying. Fortunately, AI’s computing speed closes the language barrier within a few seconds.

AI’s last but crucial element in Web3 and the Metaverse is its ability to process data. The core aspect of AI and machine language is data learning. The ability to process a massive amount of data is an instrumental skill mentioned earlier.

One must remember that the Metaverse is a growing platform to understand its functionality. The Metaverse should have enough virtual land to accommodate at least 3 billion avatars perpetually. This requires considerable data processing, both from machines and human feedback. This adds a sense of realism to its final output. This aspect is n direct correlation with the Metaverse’s goal to create a world full of infinite possibilities but has the look and feel of the real world.

The Metaverse and AI are the bread and butter of the Tech World. Essentially each has a similar goal; to mimic something real. This general goal has aligned their capabilities despite branching in a different directions. Web3 and blockchain technology can benefit significantly from this collaboration. More than fully realizing its dream may take a few years. Although with the consistently advancing blockchain technology and AI capabilities, the Metaverse is steadily on its way.