A constant fluctuation of prices marks the NFT market. The NFT sales of 2022 loomed over artists. They generally disappointed everyone throughout the entire Web3 community. The FTX crash and numerous crypto hack significantly damaged the value of cryptocurrency, the financial product used within the NFT marketplace. However, no one was expecting the new NFT trends of 2023 to kickstart the year on a high note. Various NFT collections are experiencing a new wave of fortune as more and more deals are cut behind closed doors. Some organizations obtain NFT sales through questionable means, which benefits the Marketplace.

Many within the community were considering exiting the franchise. Fortunately, this recent turn of events has shed light on the NFT marketplace, and we may see a sudden spike in NFT artists within the year.

Various NFT collections have existed for some time, and the general Marketplace has existed even longer. The concept of NFT introduced digital art, and blockchain technology found a way to permanently transcribe the creator’s name on it to prevent any cases of fraud. This revolutionary concept increased the rate of NFT artists within the blockchain network, and everything changed after the first purchase.

This ushered in a new concept for art, and the notion of NFT sales flooded the entire Web3 ecosystem. NFT artists began creating masterpieces while collectors and investors were flooded with the opportunity of making millions. This rapidly increased the adoption rate of NFT then, as the years progressed, individuals started to create NFT price predictions to set the basic trajectory of NFT sales. 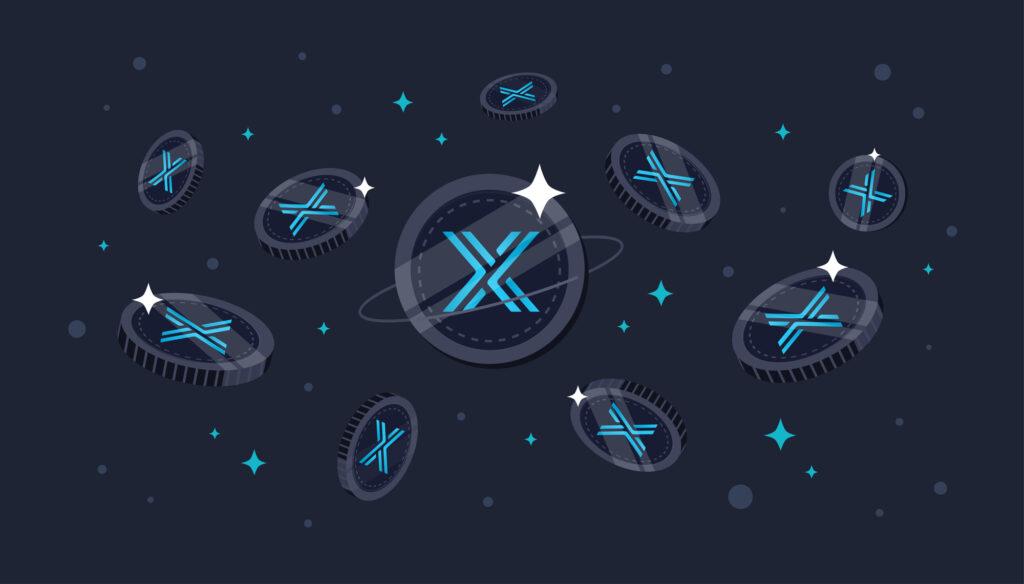 The evolution of NFT is generally vast as an average of 4.7 million NFT collections were exchanged by more than 500000 buyers and sellers between June 2017 and April 2021. This number skyrocketed by the time 2022 came by, hitting values of over 101 million NFT trades in a year. The curse of NFT had permanently made its presence. Unfortunately, we cannot say the same for the NFT price prediction.

Over the years, various organizations have utilized sophisticated analysis tools to gauge and predict the NFT sales of the upcoming year. They based their findings on several factors, such as new NFT trends or new NFT collections announced. These analysis tools were helpful during its golden period between 2017 and 2020. The Covid pandemic greatly aided the mass adoption of various NFT collections.

Today, big leagues like Bored Ape found their fame and glory over the pandemic season. Unfortunately, prices started declining as 2021 rilled in. The world was slowly returning to normal, and despite the mass adoption, NFT sales slightly decreased, mainly due to a value drop. Fortunately, it picked up as 2021 progressed. At the end of 2021, the NFT price prediction for its subsequent year did showcase a decrease, but nothing prepared it for what happened.

Throughout the beginning of the year, new NFT trends took sales to new heights, but it was short-lived as unforeseen circumstances forced NFT sales to plummet instantly.

Various NT collections had to lower their prices to get the client to pay. At the end of the ear, the crypto ecosystem crashed, significantly affecting NFT sales. With the value of the currency used within the NFT marketplace dropping, the prices of various artwork had to increase to acquire a decent profit. Unfortunately, this had an adverse effect as more collectors opted to abort their transactions. 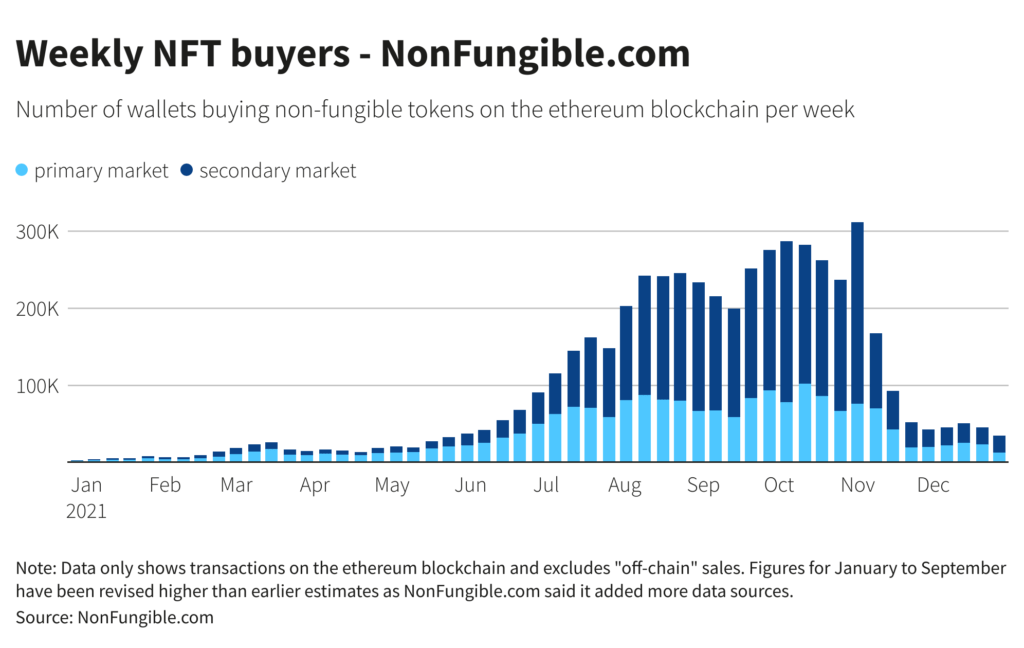 NFT Price prediction at the end of 2021 showcased that the marketplace was experiencing an incline before collapsing by 2022.[Photo/Reuters]

In truth, most individuals gave up on NFT until 2023 and shed some light on it.

Entering 2023 was a gloomy transition for the NFT Market. Prices were at an all-time low, and various investors and collectors opted out. However, the recent NFT trends have showered a new ray of hope.

Various NFT projects are significantly profiting from collaborations with other blockchain networks. In comparison, some NFT collections are subjected to wash trading by their respective blockchain network. All these strategies and milestones directly contribute to the increase in NFT sales. Here are a few milestones that prove the NFT price prediction is correct.

The NFT marketplace, like any other, is a place of business. Hence rival companies tend to poach lucrative ventures from their competition to make it their own. The team behind y00ts and DeGods were paid $3 million to move their NFT collections of Solana and onto Polygon.

This was a sudden announcement from the team, and it was a death blow to Solana. As such, the team decide to change gears and enter into a more lucrative blockchain network with more users. This initiative will directly affect their NFT sales since the Project will likely thrive much better in Polygon than in Solana.

2023 will be a year of multiple partnerships in the crypto ecosystem, and this new trend has spread within the NFT marketplace. A new NFT trend saw Vechain partner with Walmart China to create a new NFT marketplace. This initiative saw WAmart crushing its previous monthly transaction record.

Walmart Chine usees the VeChain blockchain to power its blockchain-based food traceability and tracking solution. In a tweet, the Australia-based digital Identity Company highly praised VEchain. It was the first and largest non-fungible token Marketplace. Vechain remarked that its primary goal was to shape the world into an environmentally conscious path, and its NFT collection was doing that.

Based on data pulled from Dune Analytics, shady trades accounted for over half of the Total NFT trade volumes in 2022. Its generally no secret wash trading is a concept used to keep the NFT market afloat. Wash trading is for market manipulation where the buyer and seller in a transaction are the same or have agreed prior.

This method continues to plague the NFT market and has become a new NFT trend for some time. Its concept is poisonous to the NFT market since it manipulates and illegally manipulates and increases the value of an NFT collection. According to an analysis by pseudonymous researcher Hildobby, wash trading was one of the primary ways Ethereum maintained its astounding NFT sales.

It accounted for over 58% of the trial NFT trading volumes on Ethereum in 2022. Individuals use this tactic for gaming the NFT price predictions in their favour. Manipulating the trading volumes just enough lures genuine collectors who further boost trading volumes. It is also active for rival NFT collections to pull ahead of the market. Despite its shady dealings, wash trading has still significantly aided the increase in NFT sales.

According to NFT sale statistics, the first week of the year saw a 26.01% increase in NFT sales. This spelt good news according to the 2023 NFT price prediction. Cryptoslam.io metrics show that there were 1.2 million NFT transactions among 400,748 NFT buyers. There was $208.99 million in NFT sales across 19 different blockchain networks, with Ethereum capturing $164.35 million.

At the beginning of this week, Bored Ape Yacht Club had a 52.85% increase from last week, landing at slightly over $19 million in NFT sales. This indicates that the NFT marketplace might make an unexpected comeback.

The NFT marketplace has had a few upsets throughout its journey, but 2023 may see an increase in its NFT price prediction. We might not know what the year has in store for it, but given the steady repercussions taken within Web3 and new NFT trends, we may see a surge among various NFT collections.

Sarafu Network shows the impact digital currencies have in an economy