Crypto and blockchain funding on the rise despite the recent crash

Cryptocurrency critics are spreading the narrative that the crypto industry has lost its momentum. Looking at the market from a different lens, specifically the funding perspective, the story is quite the contrary. Millions of dollars are being raised to fund new crypto ventures, more legacy financial institutions are taking the crypto turn, and new NFT projects do not fail to attract users.

Now that Celsius has officially filed for bankruptcy, joining 3AC and Voyager Digital, the CeFi death toll in this bear market may be close to completion. Time to concentrate on the new projects that will contribute to driving the industry’s next growth cycle.

Lightspeed Venture Partners, a tech- and blockchain-oriented VC, has recently raised over US$7 billion for four new funds and created a special team dedicated to building blockchain infrastructure.

Dunamu, a South Korean fintech firm with over US$8 billion of AUM (also known for owning Upbit exchange), intends to invest US$380 million in the Korean web3 industry. The plan, which, according to the firm, would help create over 10,000 new web3 jobs in the next five years, includes opening offices across the country and launching training programs. At the end of May, the South Korean government shared its intentions to invest US$177 million in developing metaverse-related projects.

PostFinance, the banking arm of the Swiss Post Office, announced this week its plans to build a crypto trading platform by 2024. PostFinance already provides its customers with access to crypto via Swissquote, another crypto bank. Still, creating its platform would put it in control of all aspects of crypto trading.

The general trend in crypto financing is positive. In a recent interview, the CEO of Bitwise Asset Management, a crypto index fund and ETF provider, noted how fast the interest in crypto-exposed financial products is growing.

Private banks and broker-dealers are ever more numerous to put crypto products on their platforms (those that have approved Bitwise products in the last year cumulatively manage over US$2 trillion of assets). Moreover, institutional advisors working with the firm and interested in crypto have increased from 6% in 2020 to 9% in 2021. The advisors are estimated to hit 16% in 2022.

Funding in the NFT Space

In the NFT space, last week’s beta launch of the GameStop NFT marketplace generated almost US$3.5 million of trading volume in just two days. This is impressive, especially since the company has not yet started selling gaming NFTs, which is supposed to become its speciality. In the meantime, Yuga Labs successfully conducted two load tests of the Otherside metaverse, allowing thousands of users to interact on a blank map simultaneously.

The fundamental value of the blockchain does not change when the Bitcoin price plummets or a crypto hedge fund goes bankrupt. Instead, it only gets stronger with time as both the adoption and the number of use cases grow. Even in a bear market, we are more likely to understand that.

Crypto and blockchain Funding in Africa

Africa is best placed for the success of crypto and blockchain projects.

In a report by Crypto Valley Venture Capital (CV VC), blockchain startups in Africa have raised US$91 million in the first quarter of 2022, a 1,668 per cent increase in cash flow compared with the Q12021 growth (149 per cent). 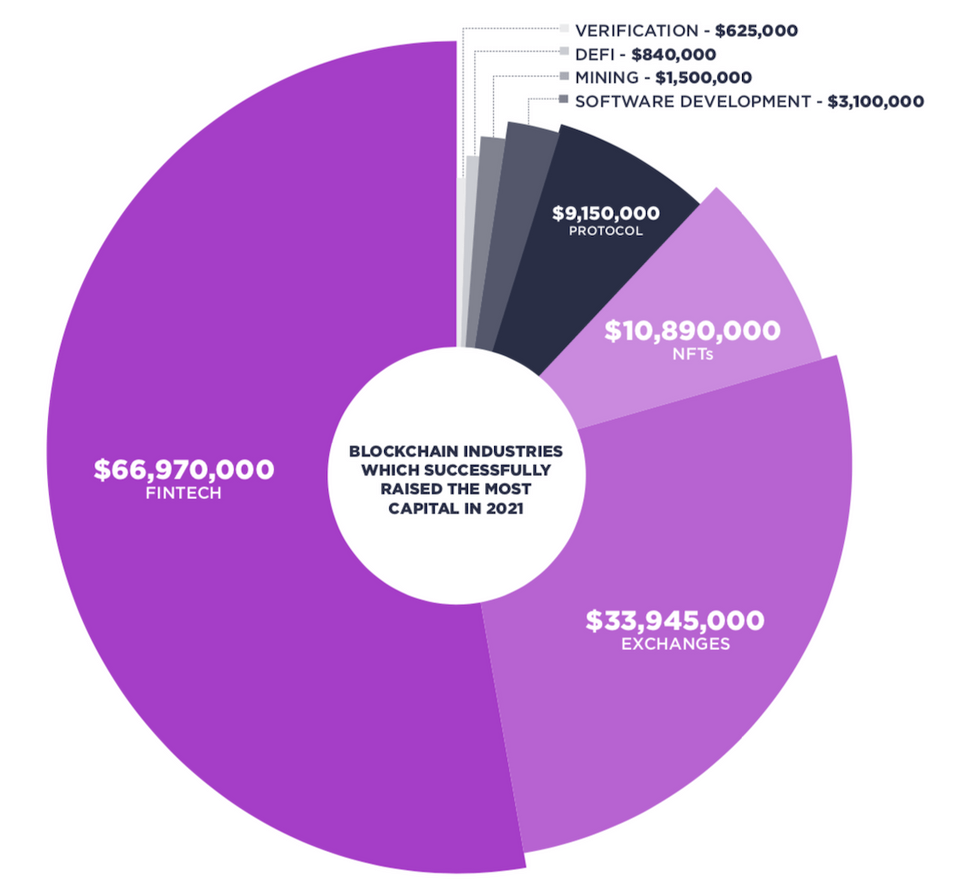 blockchain startups in Africa have raised US$91 million in the first quarter of 2022. [Photo/ CVVC]

“Africa is rapidly building a reputation as the hotspot of the crypto-tech world,” Gideon Greaves, Managing Director at CV VC.

While no crypto or blockchain unicorns have appeared on the continent thus far, they should emerge in the next two to three years. Meanwhile, several tech unicorns have introduced blockchain into their businesses, including Nigerian digital payments firm Interswitch and Senegalese Fintech company Wave.

Where to find bitcoin ATMs in South Africa