The Verse Token, a new utility token and strategy to boost Bitcoin’s ecosystem

The Verse token was mainly launched to keep up with the wave of competition by other cryptocurrency networks.

In the past few years, we have seen technology evolve and improve with the main aim of being better than the competition. This fact has been the driving force behind the crypto network; different cryptocurrencies try to offer ‘something new that others have not thought of.

Multiple digital currencies are trying to find the next big thing, from the proof-of-history mechanism to a hybrid consensus mechanism. Recently Ethereum completed its Merge and has presented a new front into cryptocurrency. But what has Bitcoin.com done in response to this? You may or may not have come across the term within your crypto journey, but it’s happening, and it’s getting traction, Verse, the new Bitcoin-inspired token.

The Verse token was mainly launched to keep up with the wave of competition by other cryptocurrency networks. It is also used to power the application when making transactions with crypto. It’s generally a way to keep up with the trade and pay its users homage. 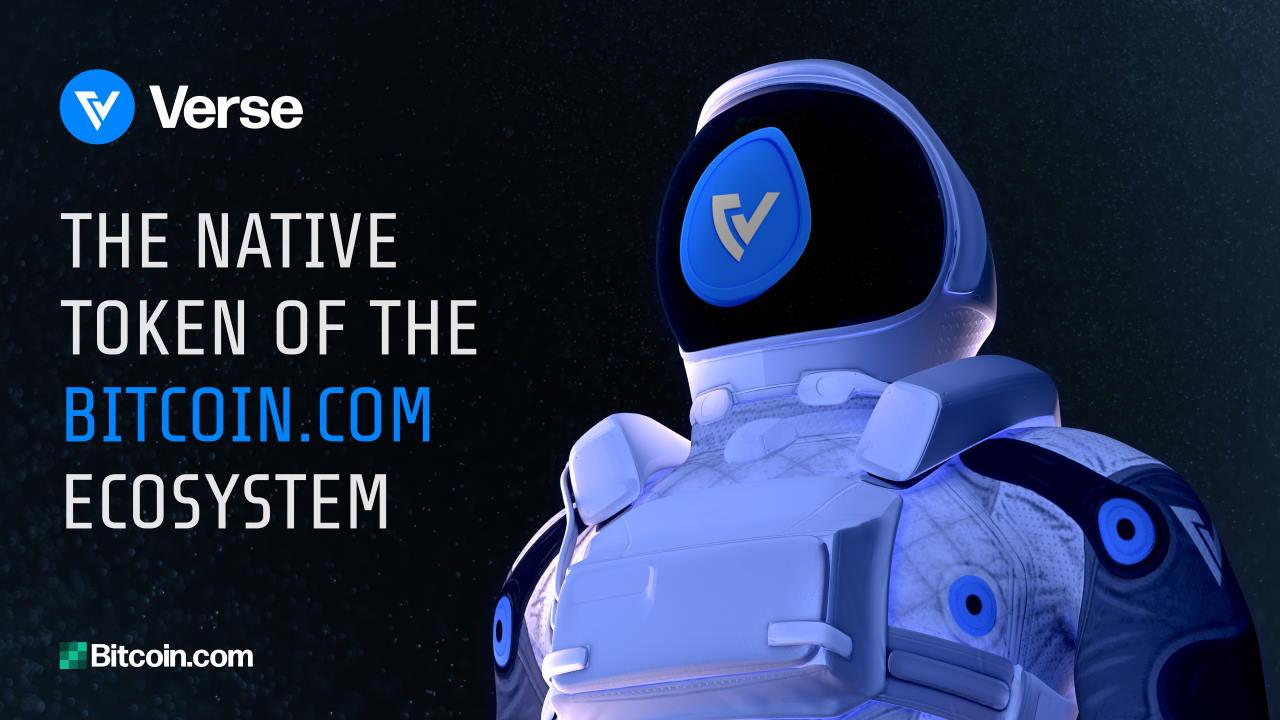 The Verse token is a new digital currency in Bitcoin.com’s ecosystem. [Photo/Bitcoin.comNews]

Bitcoin.com could perceive and take advantage of the lucrative opportunity of the private token sale. This attracted big league investors such as Digital Strategies, KuCoin Ventures, Blockchain.com, ViaBTC Capital, Redwood City Ventures, 4SV, and BoostX Ventures. All of them wanted the first slice of any new idea. Hence, to truly benefit from it, they created the Verse Token.

According to Dennis Jarvis, CEO of Bitcoin.com, the digital currency Verse is user-centric and adds tremendous value across the entire cryptocurrency network. I

t increases the value of their crypto products and services. They include the Bitcoin.com self-custody wallet app, the Bitcoin.com Exchange, the Verse DEX, Bitcoin.com News, and their upcoming crypto-enabled debit card.

The Verse token is a cross-chain token that utilizes the ERC-20 token standard on the Ethereum blockchain. This was a move to secure future opportunities that might present themselves and promote optimal user experience. Its developers have also expressed interest in expanding into the low-fee Ethereum Virtual Machine-compatible network.

Initially, Bitcoin.com created 210 billion Verse tokens minted upon its launch and are estimated to be in circulation. This critical strategy would allow the value of the Verse token to rise significantly. Dennis expressed gratitude for Verse token’s vocal support during the private sale.

Also, Read The Ethereum Merge: A hit, stale or a miss?

Because of the success of the initial sale, Bitcoin.com has officially announced that the second token sale will be made public. This is a step to increase digital currency’s reach and usability within the cryptocurrency network. The second public sale requires registration on the Verse website for those interested. Only 6% of its total supply will be available for purchase.

Is the Verse digital currency worth it?

Multiple digital currencies have been developed but end up falling short. The Verse is a new token that seeks to put Bitcoin.com back on its tracks. Many Verse investors have shown interest in the cryptocurrency network and have shown avid support. Eric Weiss, the managing partner at Digital Strategies, stated that this new token might revolutionize the crypto journey.

Users can purchase Verse and use it for other activities within the Bitcoin ecosystem. They can stake their digital currencies to raise their profits, and the best part is staking contracts involving Verse allows users to receive rewards based on the number of tokens each staked.

In addition, its users can gain gift cards when using the Bitcoin.com Card and find rewards within NFT trading.

As a start, Verse developers are targeting new potential customers to stay ahead. Hence for first-timers, Verse tokens offer numerous benefits, but there is still the question of whether it will remain a float, especially after the Merge completion. All we can do is wait, analyze and perceive the trajectory of this new digital currency in our crypto journey.

Cameroon will play a huge role in Africa’s crypto adoption