Home » The Sandbox, a core component of the Metaverse and crypto in the gaming industry
News

Those associated with cryptocurrency cannot evade the term metaverse and often find themselves interested in the gaming world. This occurs more often than you could possibly think. Have you ever wondered about the relation and application between the Metaverse and Cryptocurrency?

They essentially coincide within the crypto world, and each significantly influences the other; they exist for each other. The metaverse generally is a mixture of multiple elements such as Virtual reality, AI, NFT assets and even blockchain technology, all of which work hand in hand. One of the tokens that have managed to marry the two is the Sandbox token, which is an element existing as a cryptocurrency and a core element in the metaverse.

What is The Sandbox(SAND)

The Sandbox is a decentralized community built within the metaverse gaming world that runs on the Ethereum Network. At its core, Sandbox operates and supports blockchain technology to develop the ideal gaming world for players globally. Their mechanisms allow them to create, own and tokenize their gaming experience using their native token, the Sandbox token.

Their primary goal is to introduce crypto enthusiasts into the gaming world by offering numerous advantages and NFT assets. 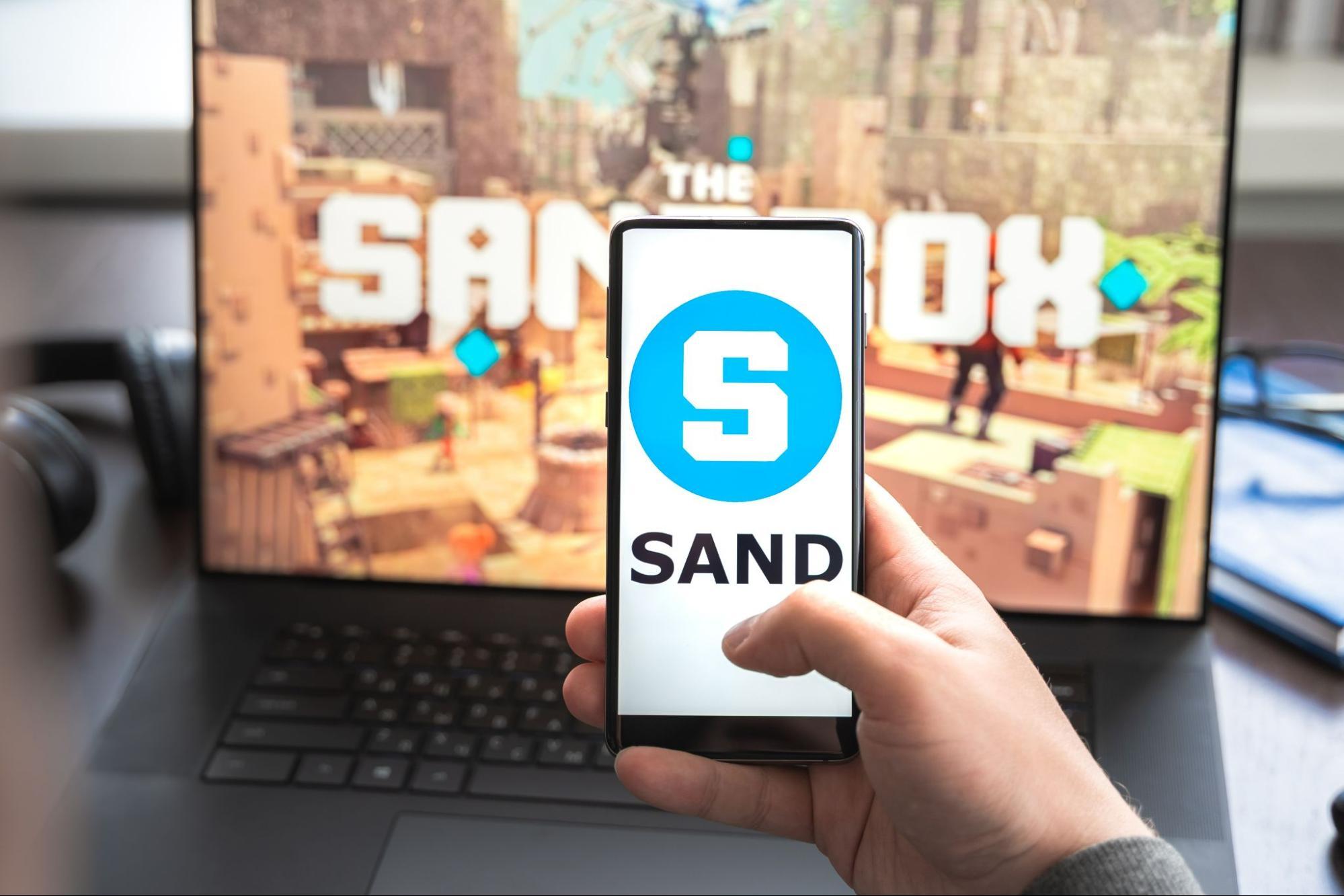 The sandbox has created a new way of life for both gamers and developers.[Photo/SmartValor]

The Sandbox project started in 2011 as a mobile game development centre that attracted over 40 million global installs. Arthur Madrid, CEO of Pixowl and the founder of Sandbox, dedicated their efforts to expanding its reach, incorporating the power of decentralized autonomous organizations with NFT assets, and creating a decentralized gaming world known today.

The platform’s primary focus is facilitating a creative play-to-earn model within the metaverse. This allows both creators and gamers to thrive within their ecosystem. The blockchain technologies also led to the creation of their first native cryptocurrency, the Sandbox token.

Over the few years, Sandbo has built quite the establishment for itself and has raised at least $3.41 Million from strategic investors such as Hashed, Square Enix and True Global Ventures. This expanded their reach, and they even developed brands such as Smurfs, Shaun the Sheep and dApp game studios like Dapper Labs (CryptoKitties).

How does the Sandbox work within the metaverse

As previously stated, Sandbox capitalizes on applying blockchain technology to the gaming world and leveraging the Ethereum network. It can track ownership of the digital Land and NFT assets and the Sand tokens within its ecosystem.

Creating a world where gamers and developers can create and collect NFT assets has revolutionized the crypto market, earning the title; ‘global market of gaming.’

Also, Read Ethereum in Africa; A plethora of opportunities

It has successfully created a metaverse of involved players contributing to the platform’s development. It is essentially making a self-sufficient machine that merely needs to draw in more customers to grow and further progress. The Sandbox token has also revolutionized its ecosystem, allowing decentralized governance that openly involves its players by listening to their views and suggestions on improving their metaverse.

It has also incorporated ASSET tokens or NFT assets which represent in-game items such as equipment for avatars and creations that are used to populate their metaverse. This pure honey attracts gamers like a moth to a fire.

It also offers various tools and utilities that developers can use within their gaming world. They include;

Value and circulation of the Sandbox token.

According to their whitepaper, 25.82% was stored in their company’s reserves, while 17.18% became the seed sale of the token. 31% of the token supply was securely distributed among Sandbox’s developers and team, and around 12% was set aside for a dedicated Binance Launchpad Sale.

The Sandbox token’s current value was $0.921 at the time of writing.

Since the Sandbox project received much attention during its launch and progress over the years, it is readily available. Binance, the leading cryptocurrency exchange platform, offers the SAND coin. Other crypto exchange platforms include; Uniswap (V2), Gate.io, and LATOKEN.

Sandbox, built on the Ethereum blockchain, utilizes the Proof-of-Stake consensus mechanism as a security measure, and its token is an ERC-20 token. This allows its users to trade their coins, stake them, and benefit from the staking rewards offered. It also guarantees that their network is secure, mitigating the risk of loss through theft.

Arthur Madrid and Sebastien Borget created the Sandbox to combine developers and gamers into the gaming world. They completed a metaverse that has promoted the cryptocurrency ecosystem. It is a platform where the innovative mind can go to expand their reach and increase their investment.