Chiliz token: A fan token shaping up the crypto-sporting world

Chiliz is an ERC20 token designed to allow sports fans a whole new experience within the sporting world.

The crypto world has seen a series of different crypto coins throughout the years. First-generation tokens like Bitcoin and Ethereum ushered in the use of decentralized finance into the world. Numerous new inventions such as stablecoins, airdrops and fan tokens have emerged from that starting point.

They have collaborated with other ventures to boost their usability within the competitive crypto space. Chilliz, an ERC20 token called a sport-based crypto coin, is a new underdog within the crypto world.

What is Chiliz token

Chiliz is an ERC20 token designed to allow sports fans a whole new experience within the sporting world. Inspired by the Socios of Spanish soccer teams, it grants its users the ability to purchase branded NFT to show their love and support for sports stars, groups and entertainers.

The sport-based crypto coin runs on the Ethereum network as the native currency for the Socio marketplace and is a fan token.

Also, Read FTX Exchange: A platform that combines the stock and cryptocurrency markets.

A fan token is essentially a type of cryptocurrency designed to provide access to certain benefits to specific fandoms such as bands, sports teams and other groups. Chiliz(CHZ) connects its users to their favourite sports icons via branded NFTs. Socios is a term used to define a full-featured ecosystem that supports fan tokens. 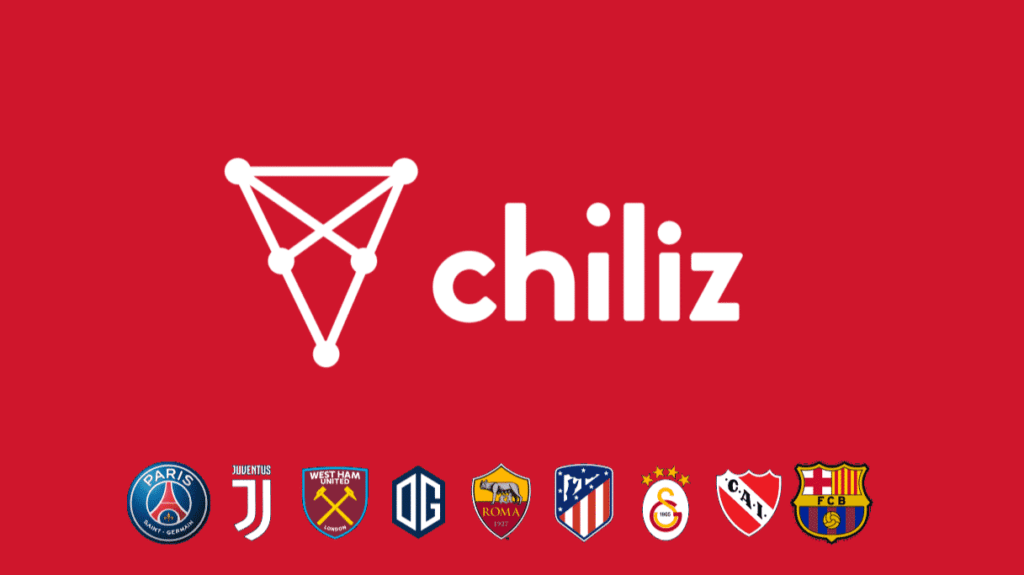 Chiliz is an ERC20 token that unites both the crypto and sporting world.[Photo/CryptoExchangeNews]

This new kind of direct engagement between fans and the sports world is made possible via the blockchain technology utilized by Chiliz. Their native cryptocurrency is the Chiliz token or CHZ.

The ERC20 token was founded in 2012 by Alexander Dreyfus. However, he established the fan token in 2018, which soon climbed up various ranks and appeared on major cryptocurrency exchanges.

How does the fan token operate

Since it is an ERC20 token, Chiliz operates on the Ethereum network utilizing most of its blockchain technology. It also functions as a BEP2 token on the Binance Smart Chain. The fan token offered for sale at Socios is Team-branded, meaning that actual teams participate in creating such NFT products.

The sport-based crypto coin also allows users to actively participate in voting polls run by the teams associated with the Chiliz ecosystem.

For example, the soccer club Juventus FC allowed fan token holders to select the celebration song played after the team scored a goal. For years they used the Chelsea Dagge, but after fans voted for the Blur’s Song, the team didn’t hesitate to change it.

The sport-based crypto coin also allows special privileges. They include an exclusive meet and greets with various sports icons, a dream come true for any die-hard fan.

The blockchain technology behind Chiliz utilizes a new consensus mechanism known as Proof of Authority(PoA).

Is PoA better than Pos

Proof of Authority (PoA) differs from PoW and PoS algorithms. It relies mainly on a small number of approved verifiers rather than a distributed network of anonymous nodes to uphold the authenticity of the network.

Although many consider it a less decentralized consensus mechanism, it is still a highly used blockchain technology that is more scalable and efficient. Other platforms, such as Energy Web Token (EWT) and VeChain (VET), utilize the Proof-of-Authority consensus mechanism.

During its launch, the sport-based crypto coin released a total coin supply of 8,888,888,888, and there are currently 5,344,064,580 CHZ tokens in circulation. Since it is an ERC20 and BEP2 token multiple cryptocurrency exchange platforms can support it.

With the rise of crypto hacks and scams, the fan token has taken various initiatives to secure its blockchain technology. Chiliz set aside 5% of its revenue to cater for regular security and auditing checks. This was a strategic move since its consistent rise in popularity means it will interact with more users. Given its affiliation with top sports clubs, it’s better to have a constant security check.

Pros and Cons of the Chiliz token

There are various advantages that Chiliz’s new blockchain technology has brought. Since it’s a fan token, it has thrived within the Socio platform, increasing in popularity by helping fans to interact with their teams. It has enabled fans to not only participate in such games at a more intimate level but also given them the ability to decide on various aspects of it. Chiliz ecosystem has focused on user experience.

It not only caters to the crypto enthusiast but also understands that most sports fans might not be glued to their screens focusing on crypto trends. They have allowed user accounts to remain inactive for some time as long as they can access the same device.

Finally, an increase in users leads to an increase in votes. This enables the fan token to splurge on more exclusive merchandise for its users, giving them better game predictions.

Despite all the above benefits, the sport-based token does have some demerits. The Socios platform contains two distinct blockchain technologies; a sidechain with special permissions and Ethereum’s main blockchain.

This has raised issues among investors who claim that the fan token is taking a more centralized route. This counters the core principle of cryptocurrency and has led to various investors pulling out, a significant blow to the Chiliz ecosystem.

The concept of fan tokens is a genius idea that brings two separate worlds together. No one would have ever thought crypto miners would use crypto coins within the sporting world. The ERC20 token might be a less decentralized ecosystem but has retained the core concept of cryptocurrency. They are promoting blockchain technology and ushering in Web3.

Also, Read A vanity address vulnerability causes US$1 million worth of ETH hack.

Understanding the importance of Web 2.0 to Web 3.0 transition