Recently, South Africa has joined many African countries in experiencing power supply problems which have led to running load shedding, with residents losing as many as 8 hours a day

The Sun Exchange is a solar energy startup that is using blockchain technology and cryptocurrency to tackle the energy problem in South Africa. Established in 2015, The Sun Exchange allows people to fund rooftop solar panels placed on public buildings.

They can fund these through cryptocurrency (like Bitcoin) or fiat currency and will earn money on their investments thanks to blockchain smart contracts. They can receive their rewards in Bitcoin or the local currency.

Recently, South Africa has joined many African countries in experiencing power supply problems which have led to running load shedding, with residents losing as many as 8 hours a day.

The Sun Exchange was established in Cape Town, South Africa, in 2016. Founder Abraham Cambridge lived in the UK for 6 years. At that time, he worked in a solar installation company. He then moved to South Africa to work as a solar engineering consultant.

Abe couldn’t understand why a country like South Africa, blessed with an almost perpetual sunny climate, did not have solar panels on every roof. He then realised the major problem was funding, and in 2016 he established the Sun Exchange in Cape Town.

The Sun Exchange has an interesting approach to funding solar energy as a solution to power problems in the nation. We have all heard of the great idea of people installing solar energy panels on their roofs, feeding back excess power generated into the main electricity grid, and earning money from it. The idea is noble, but it misses a few marks. 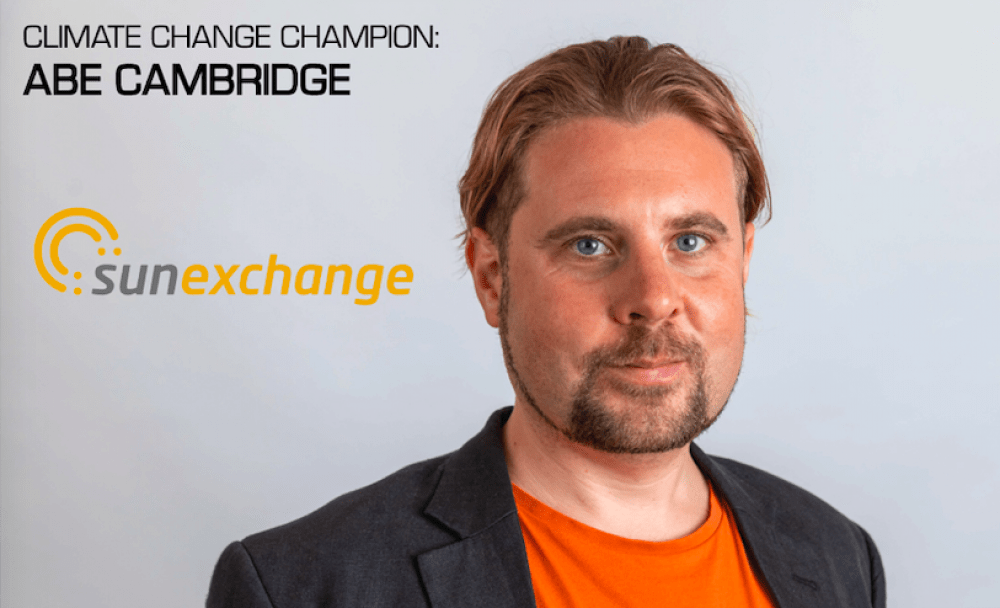 The wrongs make a right for the Sun Exchange

The onus of funding is on the owner of the property. However, not everybody with roof space can afford the investment required in solar equipment. It can get very expensive. Using large buildings such as schools, warehouses and factories gives more roof space but funding remains quite a challenge.

Allowing people to participate only by installing solar equipment on their roofs excludes a great number who would still want to get involved if only there were another way to do so.

The third problem is the size of the investment required to participate. While people may want to get involved, the hefty amount required is too big for many.

The Sun Exchange combines these three problems to create a solution. With the Sun Exchange, individuals can buy as little as one solar panel to be added to a roof that doesn’t have to be their own. Essentially, people can fund solar panels placed on other people’s roofs.  They can buy these panels using Bitcoin or the South African Rand.

As solar power is generated from the project, both the host and funder of the solar equipment are rewarded thanks to a blockchain-based smart contract. Rewards to funders are calculated based on the level of investment they have made in a project.

On the other hand, the host receives rewards for hosting the infrastructure. Their net reward is offset against any amounts owed for the electricity they have used from the solar equipment.

Read: The environmental impact of cryptocurrency adoption and usage

South Africa’s electricity access as of June 2022 was quoted at 84.4%. That places South Africa as the 7th best country in terms of access to electricity in Africa. The level of access comes at a cost, as the current power generation systems fail to meet power demand consistently. The shortages are long-running. The project has raised US$10 million worth of funding through a convertible note.

The Sun Exchange acts as a marketplace that brings together people from different ends of the market who can help each other. They identify schools, organisations and businesses that are interested in going into solar energy. These are ideal targets because they tend to have lots of roof space available for solar panels.

They then work with engineers and local solar construction partners to create and evaluate solar projects for the organisations. These projects must be both economically and technically viable as well as socially and environmentally responsible.

Once a project has met all the criteria, the next step is to get it funded. Here the project is listed on the Sun Exchange website with details of location, power output and the investment required. Individuals can buy or invest in listed solar projects from just 1 solar panel. Investment can be made via card, Bitcoin or a bank transfer.

Upon achieving complete funding, the construction work commences. When the project goes online, the organisations pay a lease fee to investors. Investors can view their performance through a personal dashboard that is created for them to track their investments.

The Sun Exchange pays investors through either Bitcoin  (BTC) or South African Rand (ZAR), net of service fees and insurance costs. Through the aforementioned dashboard, users can keep track of the energy generated by their investments, earnings, carbon offset, and wallet balance. Investors are free to withdraw their rewards or reinvest them in new projects.

The advantage to schools and other organisations taking on the Sun Exchange is also clear. Funding solar installations are expensive and are not the core business of these organisations. That means they will have to fork out a lot of money to go solar but also to maintain the solution infrastructure, something they are not adept at. They will get to go solar for a much smaller fee and have the option of leasing while also earning on the project.

They have completed projects all over South Africa, including Cape Town, East London, Pretoria, Sommerset and Karoo, among many other locations. The exploits of the Sun Exchange are not limited to South Africa, as they have projects in Kenya and Zimbabwe. They have the capacity to expand even further across the continent.

Tackling the electricity problem has gripped many African countries with no end. Attracting US$10 million in funding shows the idea has struck the right chord. Their ability to expand the project could prove a case study that will help with Africa’s electricity deficit and access problems.

Read: Can Africa’s Bitcoin mining be boosted by solar power?