Despite the current wakes caused by the recent FTX crash, not all digital currencies have hit rock bottom. Some memecoins have had a consistently good run in the past few years. Dogecoin has made significant improvements, and it recently surpassed Cardano and took the sixth position in the crypto space.

Dogecoin, once thought to be a mere joke, is now leading the frontlines of crypto trading. Its rival, Shiba Inu, has also made significant strides over the past few months. So much so that experts estimate that Shiba will eventually threaten Dogecoin’s position in the crypto space.

Through strategic partnering, Shiba Inu has clawed its way to the top. Gamers and NFT collectors have significantly promoted this meme coin creating its much-needed foundation. Now Shiba Inu is on its way to signing a new partnership that may propel its value to $1.

When I say the meme-coin clawed its way to where it is, it’s no expression but a literal fact. In under two years, the meme coin has created such a fanbase that millions participating in crypto trading and gaming use it. At its launch, many viewed it as a joke and a fraud merely imitating Dogecoin.

However, such antics did not deter this digital currency. It went on to be ace[ted as a payment method by thousands of retailers and bagged partnerships like John Richmond. Who partnered with the meme coin to take over the Milan Fashion Week 2022. The event will mainly showcase the creation of various NFTs and display the physical version of renowned and popular NFTs.

One of the vital unique aspects of Shiba Inu within the crypto space is its diversity. Competing with high-end cryptocurrencies such as Ethereum or Bitcoin is still somewhat impossible, especially given the sheer competition within crypto trading. Thus Shiba Inu diversified and targeted other potential areas of success, such as gamers and NFTs. 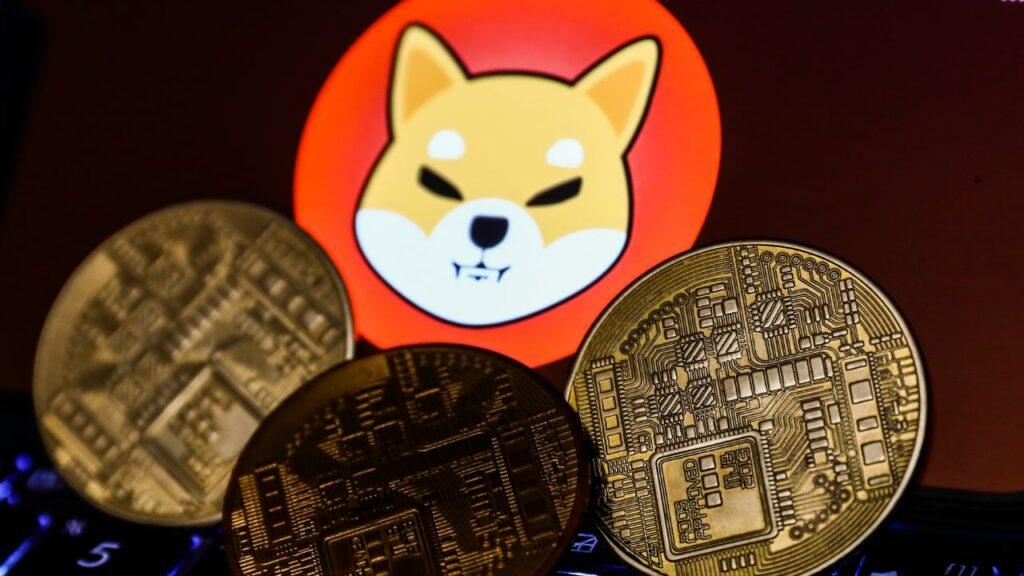 Shiba Inu takes the next step in the crypto trading industry as the meme coin now ventures into footwear and has plans to enter the travel industry.[Photo/Bankrate]

This rudimentary thinking has enabled Shiba to elevate from a market cap of $3.75 billion in June 2021 to $5 billion. Keep in mind that the crypto space was experiencing a massive failure at the time of writing and somehow remains afloat.

The creators of the digital currency went a step further and created the Shiba Inu Eternity mobile game. Its fanbase was in french and received a 4.9-star rating on the Google play store and iPhone’s App Store. At the time of this rating, Vietnam, Australia, and Indonesia were the only countries with access to the game.

This meme coin eventually partnered with FCFPay to venture into Netflix and Amazon payments, further boosting its brand and expanding its reach.

Also, Read Crypto Coins vs Crypto Token: Are they the same?

In recent announcements, Bitpay, a crypto payment platform famous within the crypto trading industry, entered a partnership with Atheist Shoes. During this partnership, the footwear maker will accept Shiba Inu as payment. In addition, customers who prefer to pay with the meme coin will acquire a 10% discount which lasts for a limited time.

This is a significant step for digital currency, especially with the world cup ongoing. There is a guarantee that several crypto traders will shift towards Atheist Shoes to have a chance to spend their crypto coins.

The diversity of Shiba Inu does not stop there as the meme coin ventures off to the travel world. Currently, digital currency is developing a utility crypto asset that travellers can use. This initiative targets vital players such as MasterCard, Visa and Google cloud, expanding their payment options. It’s just a matter of time before the face of Shiba Inu is in all your payment options.

Binance played a significant role in this strategic plan by adding Shiba Inu to Binance Card, allowing Visa Card holders to spend SHIB tokens. Currently, up to 60 million merchants worldwide accept such forms of payment. Shiba Inu is making all the stops as it strives to surpass its rival and finally earn its name Dogecoin Killer.

The rivalry between two or more digital currencies is often typical in the crypto space to take Polygon. Upon its debut, its mechanism awed most of the crypto trading industry. It surpassed expectations so much that most crypto traders dubbed it the Ethereum Killer.

Likewise, Shiba Inu holds vast potential, not due to its mechanism or unique blockchain technology. Instead, its diversification, the aspect of not sticking and conforming to one form, has propelled it to greater heights in just two years. Data from the whale tracking platform, WhaleStats, shows that the top 2000 ETH whale holdings contain several crypto tokens.

However, Shiba Inu is firmly at the full stop. In addition, ETH whales hold over $68 million worth of the meme coin. A digital currency that is two years old has surpassed those with a few years of functionality.

The crypto trading industry has many ups and downs, but Shiba Inu still holds firm to its dream of surpassing Dogecoin.