SBF, former CEO of FTX is now detained at a correctional facility awaiting his trial on 8th February

2022 has faced one of the most significant highs and lows in the crypto ecosystem. The increased crypto adoption in Africa and the back-to-back events surrounding crypto throughout Africa are a few highlights for Africa and its crypto traders. Likewise, the entire crypto industry has also suffered huge losses. Various crypto hacks have occurred throughout the vast blockchain network.

Unfortunately, many crypto traders have lost their capital and faith in cryptocurrency. FTX exchange is the year’s highlight causing one of the most significant crypto crashes since MT. Gox hack. Many were severely affected. They either lost everything they had and declared bankruptcy or only had access to a fraction of their total savings. The bitter cries of individuals throughout the globe have not gone unheard of as US prosecutors file for the arrest of the perpetrator Sam BAnkman Fried on December 12 2022.

On December 12, 2022, Sam BankMan Fried or SBF, woke up to a rude awakening as the Royal Bahamas Police Force entered his doorstep with an arrest warrant from the US. Security and Exchange Commission states that SMF committed one of the most significant crypto crashes and scams in history.

When the FTX exchange filed for bankruptcy, most of its users were stranded. Officials estimated that it still owed its 50 largest creditors almost $ 3.1 billion. This is before accounting for all those individual crypto traders and small organizations who placed their capital within the FTX reserves.

Also, Read Binance sets out to save the crypto industry.

According to allegations, Mr SBF used the billions acquired from FTX to top up his investment trading company Alameda. The entire crypto ecosystem celebrated upon the arrest of SBF, although it appears to be a bit too soon. According to analysts, even if FTX finalizes the bankruptcy proceeding, the estimated return can only account for a fraction of crypto trader money. 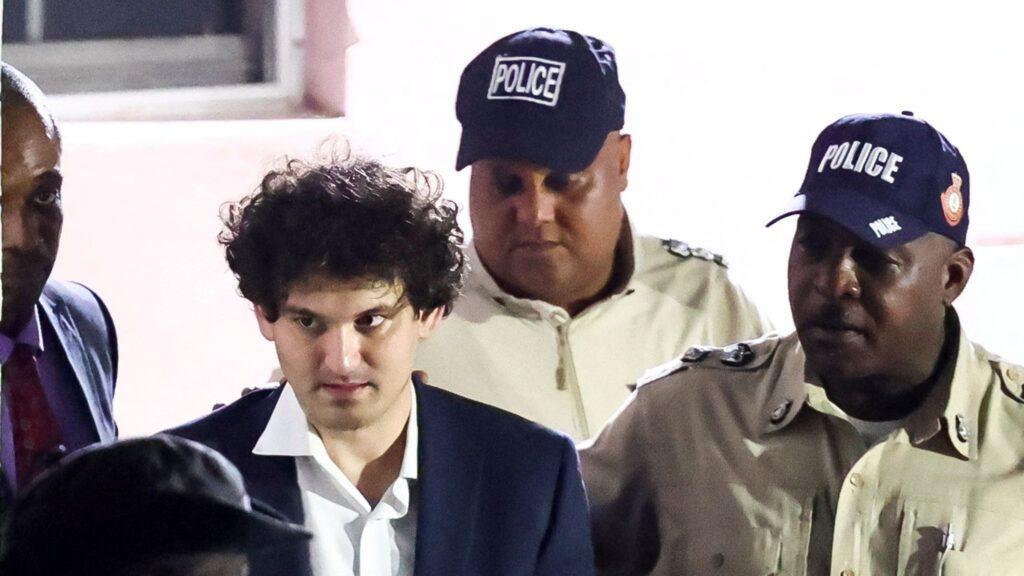 The Bahamas Police arrested Sam Bankman Fried(left ) on allegations of causing one of the largest crypto crashes in history, affecting crypto traders and the entire crypto ecosystem. Officials suspect it was no mere financial mishap.[Photo/Skynews]

Thus many still hold a bitter grudge against SBF for causing the crypto crash.

Officials arrested SBF and accused him of violating finance laws such as fraud and illegally acquiring finances.

According to Damian Williams, the US Attorney for the South District of New York, SBF was a different breed. He stated that Sam Bankman FRied used dirty money to buy bipartisan influence. Thus impacting the direction of public policy in Washington.

Of course, Sam Bankman Fried denied these allegations stating that he was innocent and knew that FTX was dealing with financial risks and eventually lost. From a man considered a young version of the legendary, Warren Buffet becomes a criminal. Who was once loved by crypto traders, and the entire crypto ecosystem is now hated.

Bahamas Chief Magistrate JoyAnn Ferguson-Pratt denied the petition for his release on bail. He responded that Crypto frauds and, more so, CEOs of scams within the crypto ecosystem tend to vanish. This significant risk of the flight was not an aspect that the judge was about to take. As a result, the judge ordered that he be kept on remand at a correctional facility until February 8.

Bahamian Prime Minister Philip Davis stated that the Bahamas and the US are interested in holding accountable all who created the recent crypto crash. This collaboration will bring all those associated with FTX exchange causing immeasurable damage to the crypto ecosystem to justice.

In several interviews, the former crypto tycoon admitted that he made various financial mistakes but did not commit any of them in an attempt to profit from them.

What surprises most individuals is the transition. At the beginning of the year, SBF and FTX managed to avoid the liquidity crisis that plagued the crypto ecosystem. Unfortunately, in a matter of months, all of its funding merely went down the drain; hence many crypto traders asked where SBF took it.

Crypto Twitter had gone through a frenzy of emotions as many choices when SBF finally got what he deserved. This year has the implosion of FTX, Three Arrows Capital’s collapse, the Wintermute crypto hack, and many more. Many speculate that the crypto ecosystem is finally nearing its end.

The recent crypto crash caused by FTX nearly completely drained and cut off many altcoins and exchanges for the grand scheme of things. Although it is no news to see various crypto assets revive during this crisis.

Look at Shiba Inu, starting with a minute value and appearing as the joke of the crypto ecosystem, eventually standing tall as one of the top 6 cryptocurrencies worlds. It is not the first crypto crash and won’t be the last. The only change seen is the ability to hold the CEO accountable for their and their firm’s actions.