2022 has been a blockhain security testing year. With the multiple breaches crypto traders wonder if 2023 will still follow the same trend or have a slight change

“Security is an endless tag of war between cyber security experts and hackers” is a typical quote used in almost every blockchain security discussion. The concept of perfect security is merely a myth to gain complete security in a blockchain network or any system. You will require to find a way to curb its greatest vulnerability, ultimately, human error. This security concept lies majorly between two key factors; confidentiality and availability. Overly emphasis on confidentiality will inevitably lead to a decrease in availability. Thus to indeed configure or build an adequate ad efficient blockchain security system, there has to be a balance between confidentiality and accessibility to Web 3. Unfortunately, 2022 contains numerous crypto scams and hacks that have cost crypt traders millions.

As the year ends, many still fear that 2023 might not bring a similar trend. Thus, the crypto ecosystem, an integral part of Web3, may crumble due to the lack of trust in crypto exchange blockchain security.

Despite this, quivering fear is not a trait most crypto traders have. Diving into crypto itself is a gamble. Crypto volatility is how crypto traders earn and the exact reason they lose. Due to the FTX crash, the crypto ecosystem is experiencing a massive crypto winter. Bitcoin’s value is at an all-time low of approximately $17,000. Despite this, there are still several crypto traders going strong. To prepare for 2023, we must first analyze what went wrong in 2022, and this article will see the summary and what aspects we should change, ensuring 2023 is different.

According to Chainalysyis, 2022 has managed to have the highest records of crypto hacks and scams. Crypto hackers and scams stole nearly $3 billion in digital assets in a single year. 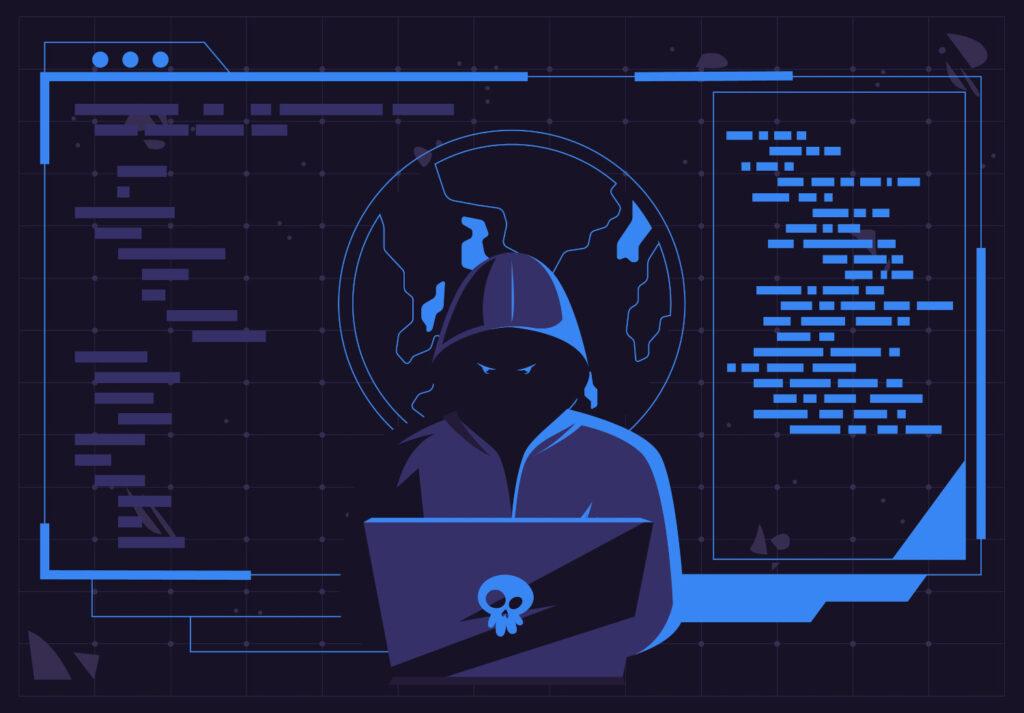 Blockchain security 2022 has seen one of the highest cryptos hacks, causing many to lose faith in Web3 and its practicability.[Photo/CoinMarketCap]

Throughout the year, crypto hackers have attempted to bypass set blockchain security measures numerous times. Unfortunately, most of these attacks were successful, although the five below were the most noted. Many crypto traders suffered directly due to these attacks. The affected crypto exchanges either managed to recompensate the attack or are struggling to survive and will soon file for bankruptcy.

This is the most damaging crypto hack of 2022, as crypto hackers managed to steal approximately $625 million worth of crypto coins from user accounts. This caused a massive shockwave through the crypto ecosystem as the affected individuals demanded an explanation.

Also Read A deeper look into crypto hacks: how they work and relate

The Ronin Network is a side-chain or a subset of a more extensive blockchain network. Its primary function is to support a blockchain-based game called Axie Infinity. The hacker could bypass set blockchain security measures and acquire private keys that had elevated privileges.

A crypto hacker targeted and successfully exploited the Wormhole protocol, a cross-chain bridge. The Wormhole protocol enables the transfer of funds between multiple chains, including Ethereum. During the creation of the Wormhole protocol, its blockchain developers missed a minor but detrimental vulnerability in their validation system. The crypto hacker discovered this blockchain vulnerability and fraudulently generated a large quantity of wrapped Ethereum(WETH). The hacker converted WETH into ETH and took off with at least $325 million worth of Ether.

In August, another hacker identified another blockchain vulnerability with the Nomad Bridge. This cross-chain bridge had various zero-day vulnerabilities that resulted in the clear escaping with approximately $190 million worth of Bitcoins.

Analysts discovered a bug within the protocol that allowed the user to withdraw more funds than they had deposited. Unfortunately, what made the Nomad bridge more severe was that the hacker announced this exploit, causing multiple individuals to rush and exploit the blockchain vulnerabilities for themselves. This made things worse and more individuals flooded their systems, yet their banks only decreased in volume rather than increased.

Also, Read A benchmark for blockchain networks: Cyberpunks lose 5, 2.5 ETH in a NEAR Protocol hacking attempt.

Beanstalk FRams is a stablecoin protocol base on Ethereum’s network. This protocol functioned as a native governance token called STALK. If a crypto trader wanted to transfer assets on Beanstalk Farms, they would require approval from other STALK holders.

In April, a crypto hacker discovered a flaw within their mechanisms. They used a flash loan to buy most of the STALK tokens generally. This gave them high privileges, and thus they proposed a massive transfer of funds. They used their STALK tokens to approve the proposal. The hacker made off with $80 million, but due to the damages made by the hacker, the Beanstalk Farms lost up to $180 million.

In September, the crypto market maker Wintermute lost $162 million in a single major hack. The details of how the attack occurred are still shrouded in suspicion.

Also, Read Wintermute’s DeFi operations were compromised after a US$160 million crypto hack.

The attacker utilized the vulnerabilities found within the Profanity tools, thus acquiring private keys and giving access to multiple addresses. This exploit generally sent shockwaves throughout the crypto ecosystem. Many states that the WEnter mute hack was essentially the downfall of crypto. 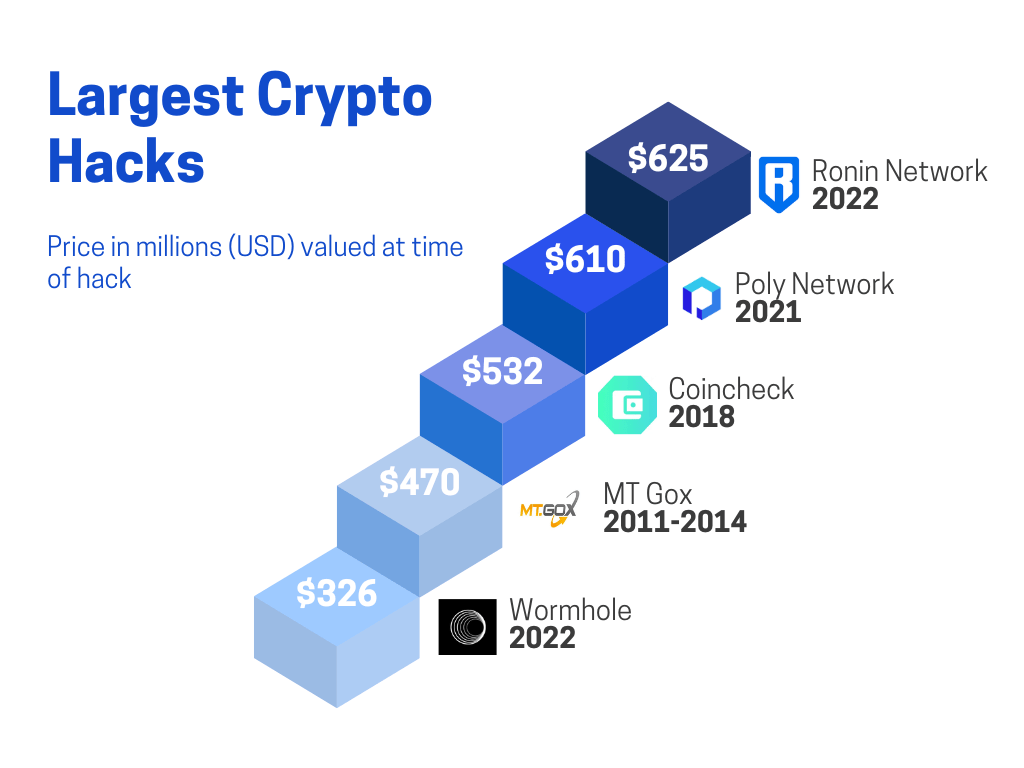 The way forward for blockchain security towards 2023

Although the constant surge of attacks in 2022, blockchain security experts are still confident in their skills. The constant tug of war between both ends of the spectrum is a learning curve for security analyses.

Its smart contracts are the first line of defence for any blockchain network and Web3. Their immutable nature makes them almost impossible to alter; hence developers should be cautious when creating them. Reputable, third-party sources should audit it after its testing. The crypto exchanges should transparently share the results of the audits within the crypto exchange community. This ensures that crypto traders are aware of the services they use.

Remember that these crypto hacks are an event; hence, the audit of smart contracts should be a continuous process. Admins should audit any blockchain security updates or featured updates. More often, these blockchain vulnerabilities are due to human errors and negligence. A code may be inaccurate; thus, a fresh pair of eyes on it may notice something others missed.

Having an appropriate monitoring system is crucial. When $500 million is transferred, the blockchain security system should have the ability to monitor its entire process. The inability of a crypto exchange system to notice a significant transaction is by far the highest form of human negligence. A proper blockchain security system should have multiple functionalities, and monitoring should be a must component.

Having a standby response team is an underrated fact that most crypto exchange platforms should have when ushering in 2023. The first response action during any crypto hack is to ensure the damage is minimal. Containing an active crypto hack is easier when prepared. Every crypto exchange should prepare a team of blockchain security experts for any form of Web3 attack. A prompt response will reduce the likelihood of continuous losses.

Blockchain security in 2022 experienced first-hand that being unprepared and untrained from these crypto hackers is a crucial endeavour. Crypto hacks occur daily, especially for highly known crypto exchange platforms. At times Web3 serves as a challenge to these crypto hackers. Fortunately, it also broadens the applicability of several blockchain security measures. 2023 is around the corner, and all we can do is educate ourselves on blockchain vulnerabilities’ dangers.