Home » Bolt Card: A Bitcoin equivalent of a Visa/Mastercard
News

Bolt Card: A Bitcoin equivalent of a Visa/Mastercard

CoinCorner introduced the Bolt Card, a contactless NFC card that operates on the Bitcoin Lightning Network.

One of the world’s leading cryptocurrency wallet providers, CoinCorner, has announced the debut of a contactless Bitcoin (BTC) card dubbed Bolt Card. The Lightning Network (LN) and near-field communication (NFC) will power the card (NFC).

How does a bolt card work?

Users are able to create a nearly immediate transaction by simply tapping their Bolt Cards on any Lightning-enabled point-of-sale (POS) terminal, which is then processed by the Lightning Network in a matter of seconds.

The legacy system of the payment infrastructure does not participate in any of the processing in any way. The method operates in a manner that is similar to the tap function of a Visa or Mastercard; however, there are no settlement delays, processing fees, or centralized agencies involved. 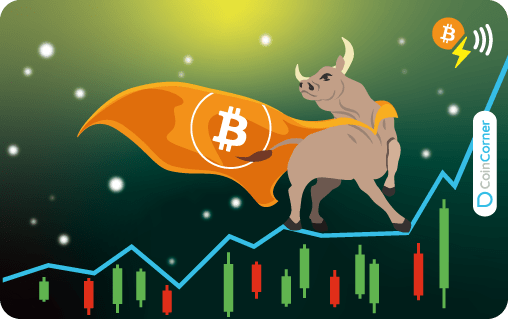 This card is currently compatible with BTCPay Server and CoinCorner payment gateways, with plans to add LNBits and FastBitcoins functionality in the near future as well.

Also Read: Bitcoin fixing unemployment among the youth in Africa

Android users will be able to use their Bolt Card to make online purchases on any websites that support Lightning and Bitcoin payments.

The CEO of crypto exchange FTX, Sam Bankman-Fried, recently announced that Bitcoin cannot serve as an efficient payment mechanism. This decision follows closely on the heels of that statement. Bankman-Fried committed to looking at methods to integrate the LN after receiving a lot of backlash for this statement.

It has been pointed out that the launch of the Bolt Card, which successfully integrates Bitcoin into a pre-existing system that customers are already acquainted with using, might result in a greater number of people opting to use bitcoin as their primary form of payment.

Read: How bitcoin is advancing the human race