There are several ethical principles that form the basis of the blockchain industry. These principles are universality, equality, development, and human rights, which all have legal weight

The question “Does blockchain consider humanity?” is a common one among blockchain developers and enthusiasts. There are several ethical principles that form the basis of the blockchain industry. These principles are universality, equality, development, and human rights, which all have legal weight.

If the blockchain can respect these principles, then the potential for social good will be huge. While the technology is still in its early days, it may have the potential to help promote a variety of causes.

There are a large number of articles, blogs, and commentators extolling the virtues of blockchain technology and its prospective applications in the field of humanitarian aid.

It has been heralded as a potential technical solution for a variety of issues, including the management of remittances, the distribution of aid, the storage of identities, the issuance of land registrations, the improvement of donor transparency, and even the prevention of climate change.

For example, a person could create AI by writing a self-executing code, and then upload it to the blockchain. The AI could then create a piece of digital art and sell it on the web, receiving ownership of its intellectual property.

Since no human would be involved in this transaction, it would be a valid blockchain transaction. This technology is already widely used in fintech. And it can record anything that humans value.

A blockchain can record the provenance of portable assets, food, and even job recommendations. It can also record charitable donations tied to specific outcomes, managerial decision rights, and other personal details.

Blockchain in the humanitarian and development sector

The humanitarian and development sectors are still in the beginning phases of the process of integrating blockchain technology into their operations.

The articles that generate excitement fail to provide critical analysis of the humanitarian context; how the technology would be applied and the current state of the technology itself, including both its level of maturity and its ability to scale. This means that the promises of potential that are made in these articles fail to generate excitement.

Because the primary characteristics of blockchain technology, such as distribution, immutability, and automation, complement each other in a way that fosters trust in distributed ledger systems, this technology has the potential to underpin both economic expansion and social advancement.

Blockchain and Fintech in Africa

There was some discussion, once upon a time, on the extent to which conventional African banks would be threatened by fintech, but such a topic looks to be out of date at this point in time.

In some key rising markets in Africa, such as Nigeria, South Africa, Kenya, and Egypt, traditional banking procedures are being bypassed in favour of more time- and cost-effective technology-enabled alternatives, such as mobile money. These countries include Nigeria, Kenya, and Egypt, where the number of people using the internet and mobile phones continues to rise. 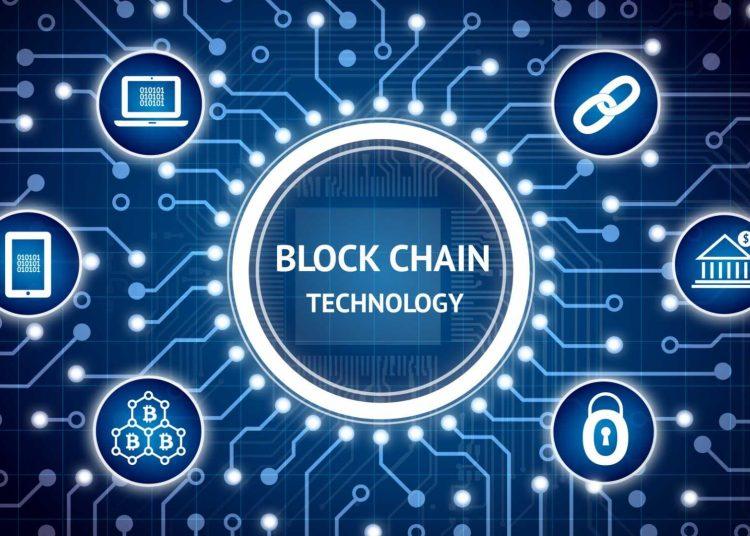 Both service providers and end-users have been able to reap the benefits of the expansion of Africa’s fintech industry over the course of the last few years. This is largely attributable to the fact that technological advancements have led to a reduction in the costs that are associated with banking.

One fact worth considering is that 1.7 billion adults around the world do not have bank accounts, so they have no reliable way to store their wealth. These people mostly live in developing countries with fragile economies and need cash to transact. In addition, blockchain can facilitate the transfer of funds from individual donors to a specific project.

Building Identities through Blockchain in Africa

Digital identities are important prerequisites for many societal functions. Recently, Bitland collaborated with the Ghana government to provide digital land and title deeds so that there is a permanent and auditable record of the transaction.

Another example is Project Amply, which developed a digital identity system for schoolchildren and built a subsidy management system based on the blockchain. Clearly, these examples show that blockchain technology can have social benefits beyond financial ones.

Blockchain has been proposed as a solution for human rights challenges, including voting challenges, identity-based service delivery, supply chain traceability, and land rights protections. In these areas, blockchain can offer new opportunities, but governments, civil society, academia, and non-governmental organizations must work together to ensure that their projects don’t further exacerbate these challenges and aren’t distracting from important initiatives.

The future of blockchain technology has a lot to offer. In the meantime, we can begin to understand technology and its implications for humanity.

The commercial sector has taken notice of blockchain, and companies such as IBM, MAERSK, and Walmart are actively exploring the technology.

By tracking the origin of products, blockchain could also track their provenance and production. Provenance used the technology to track tuna, Everledger used it to track blood diamonds, and Fairphone is exploring its application in cobalt tracking. And companies like Fairfood are also exploring blockchain use for food and farming.

Why Cardano is investing in African Blockchain Solutions

Fateema is an avid investor in Cryptocurrencies and passionate about development in Africa.