Africa: A closer look into Web3’s evolutionary transition into the digital economy

Web3's transition into the Africa digital economy has remained evolutionary

The rise and growth of Web3 have dominated the African digital space. With the power of development, this new wave of transformation has increasingly embraced innovation. Several terminologies begin to unravel in this chain at the start of the present phase.

Terms like metaverse, non-fungible tokens (NFTs), and cryptocurrency began to dominate the digital world. Web 3.0 is another fast-rising digital development in the new internet world where tech giants are concentrated.

Web3 has recently been a web fashionable terminology, with high-profile internet businesses such as Amazon, Tesla, Twitter, and Microsoft debating the meaning of the word. Web 3.0 is an opportunity for a new universe of Internet firms to find their footing and lead the digital revolution. Many internet behemoths, like Amazon, Microsoft, and Google, have been on board with this revolution.

Web3 refers to the concept that the future generation of the internet will be constructed on decentralized blockchain technology, giving people more power over their data. Web3 is sometimes contrasted with Web 2.0, the era in which internet data was constantly centralized and managed by a few large firms such as Amazon, Microsoft, and Google.

The present growth of blockchain technology has aroused the curiosity of several governments throughout the continent, prompting them to consider blockchain-based solutions. Furthermore, from July 2020 to June 2021, Africa’s cryptocurrency use increased by 1,200 per cent, the fastest rate in the world.

African countries were adopting mobile money before crypto. M-Pesa, the first mobile money provider, launched in 2007, causing a tsunami of change in how Africans spent and held money. The introduction of mobile money in Kenya was a smashing success, with M-Pesa controlling over 99 per cent of the market.

This achievement resulted in the broad acceptance of mobile money across Africa and beyond. Africa accounts for more than 60% of all mobile money transactions worldwide. The continent’s populace has demonstrated an eagerness to absorb new technology.

Due to the long-term effects of colonization and stereotyped thinking in the rest of the globe, Africa has historically been ignored during moments of global transition. During previous industrial revolutions, African nations were frequently exploited for labour or natural resources, assisting Western countries in their development at their own expense.

Many sociologists believe that the world is in the midst of a fourth industrial revolution, fueled by broad internet usage and a shift toward renewable energy sources. Africa will likely be involved in this upheaval, with blockchain, cryptocurrencies, and other distributed ledger technologies playing a significant role.

Africa will not only join in but also assist in leading the revolutionary age of Web3. Web3, following the evolutionary step in crypto, requires Africa to flourish because of its readiness to accept new technology and large populations needing better financial services, not the other way around.

According to the “Africa Report,” Africa’s crypto sector crossed a critical threshold in September 2021, when Sub-Saharan users had over $80 million in crypto assets than the total number of users in the United States.

Morocco, a North African nation with a GDP that ranks well outside the top 50 in the world (the United States is first), has one of the most significant crypto-holding populations, with 2.5 per cent of the population possessing some digital currency.

Africa has just the second-largest bitcoin market (Nigeria), which also has a government-backed central bank digital currency (CBDC), one of only five nations globally. 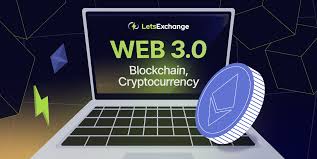 Every week in Africa, several Web3 and blockchain breakthroughs occur on the ground. [Photo/techknow]

The timely inception of Web3 in Africa

Given the financial terrain and currency volatility concerns in Africa, the appeal of cryptocurrency is expected. Even the continent’s strongest currencies, such as the South African rand, are among the most undervalued in the world. Introducing cryptocurrency in Africa is timely since it provides a more stable means to store and move money.

This is comparable to the narrative of African financial infrastructure. When global banks in the SWIFT network began to review and sometimes discontinue their connections with regional banks in developing nations, a process known as de-risking, the cost and difficulty of accessing international financial services surged across Africa.

Sending money in Africa is complicated, time-consuming, and expensive due to the continent’s poor financial transaction and settlement infrastructure. Crypto, which can be delivered nearly quickly over the internet on a mobile phone, assists in overcoming these barriers and provides a means for Africans to send money to their family, participate in e-commerce, and expand their business options.

According to a 2020 Chainalysis analysis, crypto is beneficial for remittances across the continent, shown in the high percentage of “retail-sized” (less than $10,000 in value) crypto transactions done in Africa. The same survey noticed a substantial flow of crypto transactions between Africa and East Asia. The flow is most likely due to a more efficient manner for African enterprises operating in the area to conduct commercial payments, as well as the vast number of Asian employees in Africa who transfer monies to their families.

Africa being a Web 3 and crypto adoption powerhouse represents a reasonable evolution into the future. Africa has failed to fully benefit from crypto technology due to archaic, unproductive thinking among leaders of multinational firms, financial institutions, and other global organizations.

Unfortunately, these leaders fail to see Africa’s immense ability to absorb new technology, build its economy, and tackle long-standing constraints. Nonetheless, the world, including the cryptocurrency business, should look to Africa confidently as a source of innovation and success.

Indeed, Chainalysis discovered that Africa leads the globe in the proportion of total crypto transaction volume that comes via peer-to-peer, indicating that African customers in crypto-unfriendly governments are increasingly finding solutions to direct and indirect restrictions.

What does the future hold for Web3 in Africa?

The new Web3 economy is creating a plethora of opportunities worldwide, and the consequences for the African continent are enormous. Most Web3 investors are still on a quest to use cutting-edge blockchain technology to bring real benefit to billions of unbanked, underbanked, and underserved people in Africa and other emerging economies.

Several blockchain protocols, businesses, investors, grant funders, and governments are interested in participating in the current Web3 development. Given the current state of affairs and the rate of innovation throughout the continent, it is apparent that Web3 has a bright future in Africa.

While the potential implications of business collaborations, NGOs, venture capitalists, and Blockchain protocols should not be underestimated, the government remains a key player that may either drive or stifle the development of Africa’s Web3 economy. So far, though, governments throughout the continent appear to be sceptical about cryptocurrencies.

Despite a somewhat negative, or at least dubious, attitude toward cryptocurrency trading and ownership in many African nations, a growing number of governments have been more amenable to alternative applications of blockchain technology.

As more governments throughout the continent investigate blockchain-based solutions, even if only for CBDCs, one analyst believes they will be more likely to create a more educated approach to the Web3 economy. A favourable attitude toward Web3 will necessitate legislative frameworks that are more responsive to the requirements of daily users. While this remains to be seen, such hope is encouraging.

Read: Blockchain: A pathway towards sustainable development in Africa

Lessons we can draw from the ongoing crypto market crash