Home » The rise of a new dawn: Blockchain technology adoption in Africa
News

The rise of a new dawn: Blockchain technology adoption in Africa

Africa is advancing socioeconomic growth with increasing adoption of crypto transactions and blockchain technologies to enable the electronic trading and entrepreneurial structure.

The implementation and adaption of blockchain technologies could assist institutions in managing and shaping sustainable supply chain systems for the African continent.

There is still some hesitation among African governments towards the full implementation and adaptation of blockchain technologies for enhancing digital financial services.

African governments need to support this endeavour by changing the policies which prohibit blockchain technologies from being used in the financial sectors. The necessary policy enabling could offer investment opportunities and business solutions to blockchains in Africa.

How can blockchain help Africa?

Developing countries, especially those in Africa, could leverage the technology linked to blockchains to offer alternate means of financing solutions and leverage cryptoassets benefits throughout Africa. It is evident that emerging technologies like blockchain have great promise in helping achieve inclusive growth in economies like Africa.

The innovation ecosystem is continuously coming up with new applications for blockchains, as well as combinations of different technologies like IoT and AI, and shared databases. Lesser known is that homegrown innovators in frontier markets like Kenya are exploring blockchains too.

From financial institutions to industrial products giants, major companies in developed markets are pioneering distributed ledger technologies known as blockchain. The banking, supply chain, and health sectors appear to be the leading sectors in Africa to adopt blockchain. In addition, fewer governments have begun piloting it. 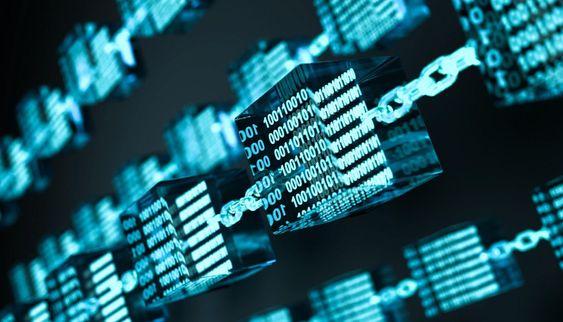 The opportunity of blockchain and web 3.0 in Africa is immense and completely disconnected from geographical constraints. [Photo/ Forbes]

With the innovation platforms, a mobile platform, already present, Africa is positioning itself as the leading blockchain industry in the near future. If blockchain technology intergrates into the already existing innovation platforms, then the chances are high that the technology will disrupt every industry in Africa. This runs from education, health, logistics, and energy, just to name a few.

The adoption of blockchain technology in Africa will result in the movement of commerce away from paper-based transaction systems, laden with countless problems including corruption, time-consuming verification, and higher costs for traders, to safer, efficient, automated, digital systems of engagement.

Blockchain technology and trade in Africa

Blockchain has the potential to improve trade within Africa, easing the above-mentioned bottlenecks. To inform African policy-makers and decision-makers, it is necessary to take a birds-eye view on how Blockchain technology is interconnected to the legal and financial structures, thereby enabling its sustained, protected usage across the African continent.

Given blockchain’s relatively early stages, basing oneself on a blockchain without considering associated risks, including, but not limited to, costs, security, and the relevant sectors’ regulatory environments, could have deleterious consequences.

While decentralized finance and blockchain technology are scalable and have been implemented in other countries and regions, African policymakers have been grappling with how to reconcile cryptocurrency with their existing monetary systems.

Unlike most other crypto-blockchains, which have focused on the use of private sectors in developed regions such as Europe and North America, several companies’ approaches have been to address governments and government institutions in developing countries.

As more players enter the growing blockchain space and created various networks without existing standards to enable them to communicate with one another, improving interoperability has become a problem.

Read: Getting Started in Cryptocurrency Trading