BitSika's consistent improvement and dynamic nature has allowed it to dominate in various markets.

More and more companies have targeted this lucrative market from recent rising African startups like Polkadot or ETHsafari. Every individual wants a piece of cryptocurrency in Africa, leading to a vast pool of innovation. Today we will look at one such African startup that establishes a peer-to-peer transaction and provides money transfer capabilities, Bitsika, “Cash App of Africa.”

Atsu Davoh and Samuel Baohen were ordinary Ghanaians immersed in the tech world. They built several applications as a career and hobby until they caught glimpses of the cryptocurrency wave in Africa.

Bitcoin hit it big in 2018, and Atsu decided to take a crack at it, not knowing it’ll lead to introducing cryptocurrency in Africa. After development, the first iteration of BitSika was developed, allowing users to buy bitcoin with USD.

The African startup was a mobile money transfer application with a few features.

Over the years, the application began to improve. In 2019 it developed its first official mobile app for cross-border payment, while in 2020, it was able to incorporate a charity donation feature.

In an interview with Peace Itimu, Atsu was asked what led to the sudden inspiration to establish the African startup; he said, ” Building something cool to impress people and seduce investors was all I wanted at the time.” 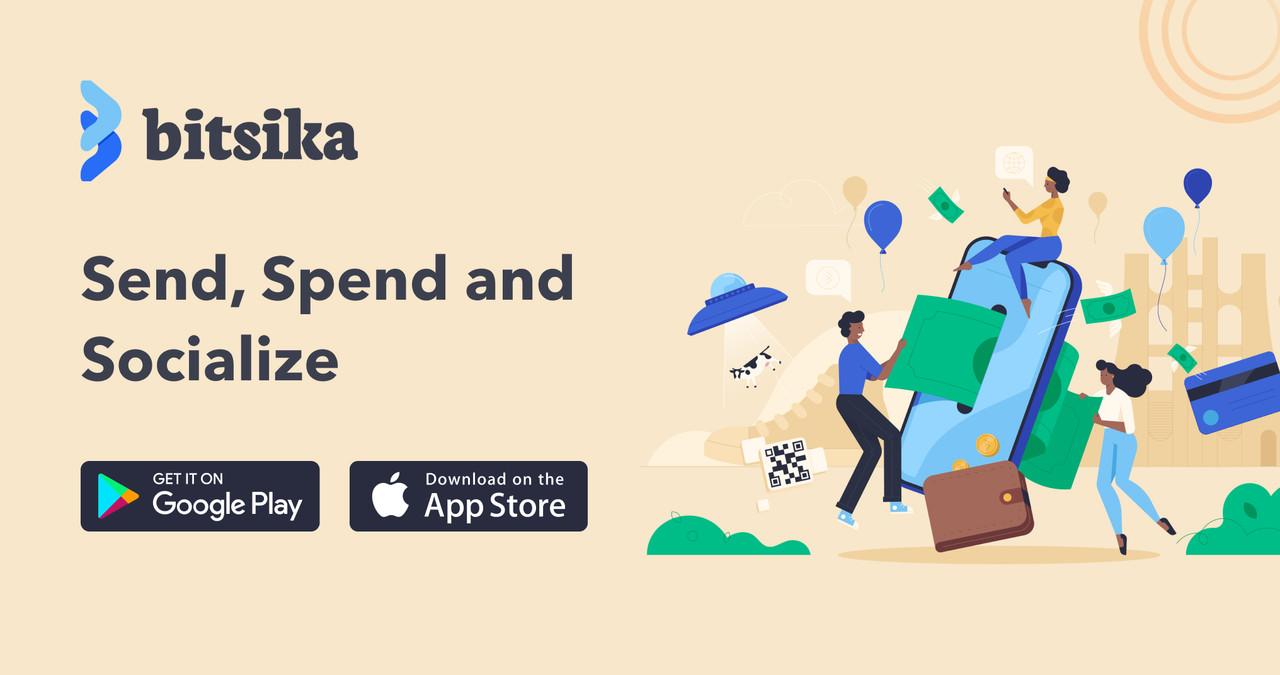 The reason behind BitSika’s success

Over the years, Bitsika constantly improved and updated its features to fit the need to establish cryptocurrency in Africa. It went from being a money transfer and a peer-to-peer transaction application to its latest form as a social media application.

You read it right; today, Bitsika has taken the initiative to tap into social payments by launching a social feature that allows users to create social profiles. It also allows its users to keep track of their income and spending.

Its bold move to innovation as an African startup caught the eye of many. Its first real victory was when it profited from buying bitcoin with USSD; the BitSika team got invited to the second edition of Binance Labs Incubator.

This invitation led to the Binance Labs investing $150000 as part of the money transfer application’s seed round. Later, BitSika would raise $900000 from investors, increasing its capabilities and reach.

Plenty of investors saw the potential of the simple peer-to-peer transaction application and its possible contribution to cryptocurrency in Africa.

What features does Bitsika App offer?

Bitsika has stacked its features with each new iteration. Instead of discarding previous capabilities, it has added on top to create the masterpiece it is today.

BitSika enables its users to receive and transfer funds anywhere. It has similar capabilities, such as Cash App and Venmo, but its money transfer capabilities are more focused on Africa. This feature allows freelancers and even service providers the means to get paid.

This feature allows the African startup application to make payments online. Generating a virtual shopping card lets you pay for services such as Netflix, Amazon, Google and other services that accept VISA cards for payment.

Its original focus is still present in its latest update. Establishing cryptocurrency in Africa is still a core purpose and a lucrative market. BitSika offers a free Bitcoin wallet accompanied by a Binance chain address. It contains all the standard features; sending and receiving cryptocurrencies or converting them to your preferred currency.

A critical aspect and feature of BitSika is its ability to make cross-border transfers between African Countries. This reflects the primary goal of BitSika, Africa’s Cash App.

Read: Everything about crypto tourism

It allows users to deposit or receive funds from different accounts across Africa. In addition, it also enables its user to convert to a currency more suitable to their needs. Countries all over Africa, Nigeria, Ghana, and Central Africa have access to this money-transfer feature.

With these few steps, your BitSika account will be complete allowing you to officially join the new wave brought by the esteemed African startup.

Finally, the company still has its eyes set on being the ‘Cash App of Africa’. It has set various plans to boost money transfer and incorporate different blockchain technology, enhancing its peer-to-peer transactions.

BitSika has set its sights on piloting a B2B product tapping into the intra-African trade market. Its dynamic nature has allowed it to gain tremendous success within four years and still has its sights set for more. BitSika has contributed substantially to introducing cryptocurrency in Africa. Fortunately, it has a few ways before recognizing its dream as the “Africa’s Cash App.”