There are numerous claims of illicit activities, especially by hackers who use the network to obtain untraceable crypto coins for their illegal activities

There are multiple factors that a crypto miner or trader has to consider when engaging in any crypto ecosystem. Most of these decisions generally lie around the same scope; volatility, security and even privacy.

With the world shifting towards the digital age, its higher-ups and pioneers have tightened the screws over surveillance within the digital realm. Coins such as Monero(XMR) and ZCash(ZEC) have opted to counter this move. Thus bringing the concept of privacy into crypto coins or private coins.

As much as they have contributed significantly, they still lack reachability. The Ethereum network saw this opportunity and presented one of the first cryptocurrency mixers. This concept almost guarantees untraceable crypto coins, the Tornado Cash, with their own TORN token.

What is Tornado Cash

Tornado Cash was founded in 2018 by Roman Storm and Semenov, who believe privacy is a critical element in cryptocurrency. Tornado Cash is a decentralized, noncustodial privacy platform built in the Ethereum Network.

The Ethereum network commonly refers to Tornado Cash as a cryptocurrency mixer. This is a tool that improves the anonymity of various crypto transactions. This is accomplished by generally serving the on-chain link between the sender and recipient’s addresses. 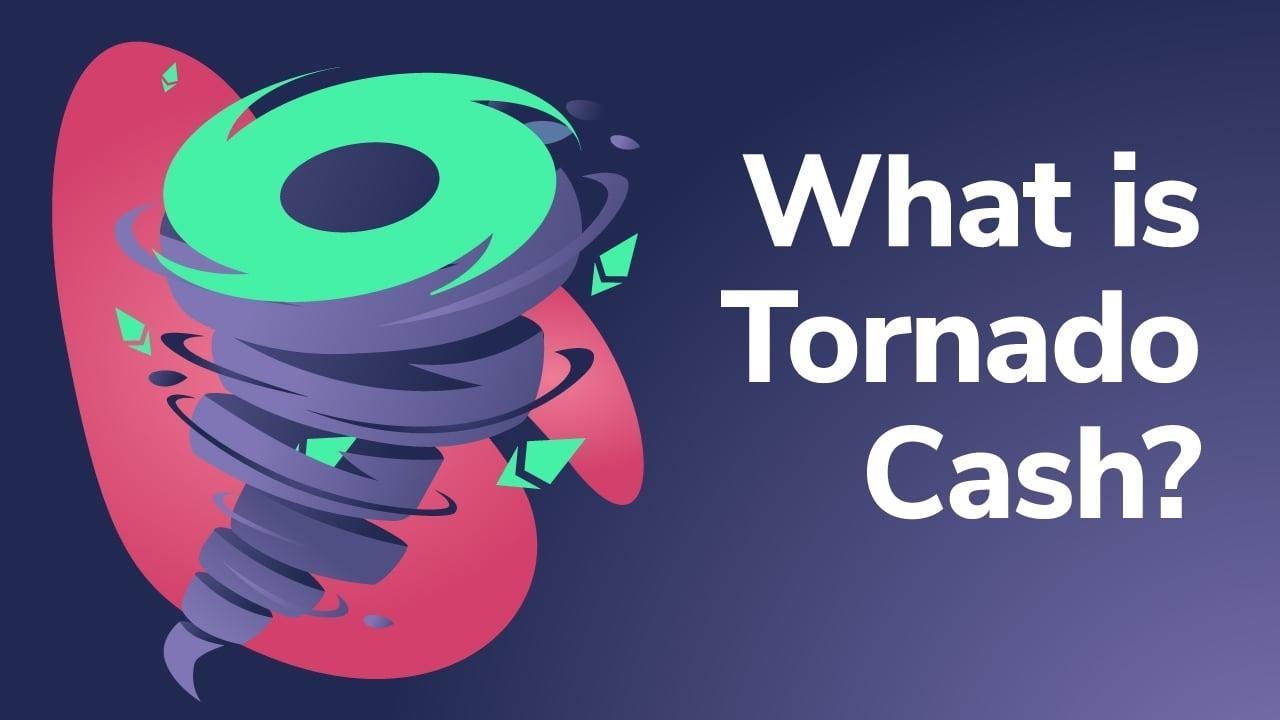 Tornado Cash is the cryptocurrency mixer that focuses on privacy above all else.[Photo/MoralisAcademy]

Once the crypto coin is deposited, it is essentially ‘mixed’ with other crypto coins from other transactions. When withdrawn, it contains an entirely different address. This inevitably gives you an untraceable crypto coin that capitalizes on the security of the sender and receiver.

Also, Read ERC-20 as a core standard behind Ethereum’s success.

The cryptocurrency mixer accomplishes this feat by utilizing a smart contract that acts as a pool that mixes all the deposited assets and generates a private key that is secure enough. It also contains its native coin, the TORN token usable within the Ethereum ecosystem. Because of its unique and robust mechanisms emphasizing anonymity, it gained popularity after being introduced to the crypto world.

For the cryptocurrency mixer to perform its functionalities and provide untraceable crypto coins, its smart contracts generally encode and apply strict rules to define its functionality. In addition, it pooled and mixed its transactions through zero-knowledge proof.

Zero-knowledge proofs are one of two core factors that govern the Tornado Cash stem. They are digital protocols that increase privacy by supporting data sharing between two or more different parties without requiring additional info about the transaction. Due to this lack of information, neither party generally has vital information about the other.

It’s like a trade between strangers with no crucial information about each other. The only accurate statement is that both parties have different needs the other can fulfil. Going with that basic fundamental need creates a sense of security in that neither will have any critical information about the other when questioned.

Once users deposit their funds in the cryptocurrency mixer, set protocols generate a random hash before the TORN token goes into the pool. This random hash will serve as a validation key that users require when they intend to withdraw their untraceable crypto coins.

Also, Read The Sandbox, a core component of the Metaverse and crypto in the gaming industry.

Another critical component in TORNADO Cash anonymity mining is that it supports the TORN token’s privacy features with liquidity. They offer two primary features ensuring a user can obtain cash privately via a liquidity mining system. Several points are deposited directly within the users’ accounts when interacting with TORN’s mining procedure. Afterwards, they can convert this point into TORN tokens.

The Buzz brewed within the Ethereum Network.

Tornado Cash’s primary goal is to provide anonymity, and their set features have achieved this goal but not with some repercussions. The cryptocurrency mixer has caused the Ethereum Network some legal issues. This is because the main contributors and users of the TORN token are criminals.

There are numerous claims of illicit activities, especially by hackers who use their network to obtain these untraceable crypto coins for their illegal activities.

In August 2022, the Ethereum Network received a massive legal blow as the US Treasury sanctioned Tornado Cash. They had various allegations of helping the notorious Lazarus group to launder over $455 worth of crypto tokens. They further claimed that over the year since its launch, it has helped various illicit groups and individuals access untraceable crypto coins estimated at $7 billion.

Tornado Cash has refuted these claims, stating that even though money laundering is possible through untraceable crypto cons, there is still no hard-core evidence to prove it.

Craig Wright, an Australian computer scientist and businessman, stated that mixing standard transactions and criminal activities effectively contaminates the entire crypto pool of Tornado Cash. Since its launch, the cryptocurrency mixer has accounted for this factor. Over the years, they have placed various control measures that limit TORN tokens from being laundered or used by malicious cyber-criminal.

However, the US Treasury still believed their efforts were still in vain. When tracking a recent hacker that stole $1 million worth of ETH, authorities discovered that the assailant deposited it in Tornado Cash. Earlier in March 2022, the $615 million value of crypto coins stolen from Ronin was traced to the cryptocurrency mixer shedding more infamous light on it.

TORN tokens have brought in the privacy many have yearned for but also created a means for illicit activities. A tool is neither good nor evil; it merely depends on its user. The untraceable crypto coin is a reality, and many benefit from it. Depending on your goal, Tornado Cash can be an instrument that allows us complete control over our digital assets.

Also, Read the Criticalities of using a secure crypto exchange platform for beginners.

Kenya: the place of blockchain, web3 and crypto under the new administration

FTX Exchange:A platform that combines the stock and cryptocurrency markets