BEP20 standard essentially a blueprint indicating how to spend the crypto coin, who can spend it and the general dos and don'ts surrounding its ecosystem.

The Web3 ecosystem has thrived over the previous decade leading to the emergence of new blockchain inventions that consistently support and improve it. This has led to the consistent rise of specific blockchain technology such as the Binance Smart Chain(BSC) or even new consensus mechanisms such as Proof-of-Authority and Proof-of-Stake.

Ethereum is a prime example of an innovative approach to Web3 since it ushered in the token standard ERC20. This allowed smart contracts to work more efficiently. BSC emulated this initiative and constructed its very own BEP20 token. What we are about to discuss will need prior information on what the ERC20 token is, and the link below will significantly help.

Also, Read ERC-20 as a core standard behind Ethereum’s success.

BEP 20 is a token standard used to create and mint new crypto coins or tokens on BSC. The preliminary design of the token standard was to act as an extension of the ERC20 commonly used within the Ethereum ecosystem. It is essentially a blueprint indicating how to spend the crypto coin, who can spend it and the general dos and don’ts surrounding its ecosystem. 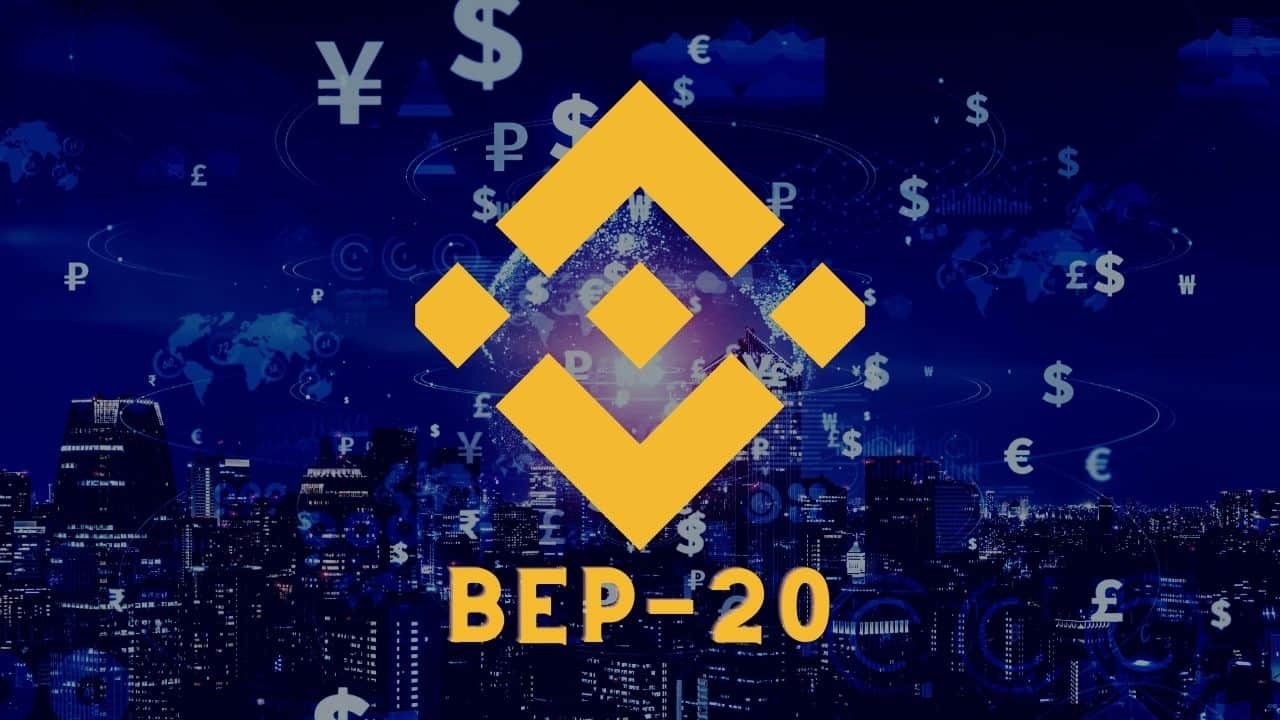 Since its major inspiration was ERC20, many of its standards are similar, with slight modifications that cater to BSC ecosystem uniqueness. BSC created the token standard to act as an improved version of the ERC20 token. This provided developers with a more flexible and efficient format to design and develop tokens within the Web3 ecosystem.

To truly understand BEP20, you require some knowledge of BSC and what it entails.

The Binance team aspired to improve its operations and transactions, giving it the edge that its competitors have. In this line of thought, they decided to take a leaf from Ethereum projects and focus on reducing their network congestion. By letting go of various capabilities, the Binance Chain could fulfil this role, but multiple issues arose.

Also, Read Wrapped Bitcoin is a new way of applying Bitcoin in the Ethereum ecosystem.

Binance Chain lacked feasibility and was unable to incorporate a decentralized design. This prompted their developers to create an additional chain whose sole purpose was optimizing Binance, thus birthing BSC.

Binance combines both chains to form a dual architecture. They each operate independently but are interconnected using the Binance bridge. This bridge contains specific mechanisms that allow both chains to interact and communicate. This structure enables the BSC to operate fully even if Binance Chain experiences technical difficulties.

Binance’s collaboration with Ethereum has dramatically benefited the BSC. It is compatible with the Ethereum Virtual Machine allowing users to interact with a dApp r use MetaMask seamlessly. This collaboration has contributed significantly to the Web3 ecosystem.

It is essential to note that BEP20 tokens thrive mainly on BNB. This is due to the various similarities between the two token standards.

Also, Read The Sandbox, a core component of the Metaverse and crypto in the gaming industry.

The Binance Smart Chain is gradually expanding within the Web3 ecosystem by increasing its transacting volume, total value locked and user base. It has incorporated additional dApp developers to create new inventions based on the BEP20. Below are a few projects based on the token standard;

BEP20 has been used to create various crypto coins such as ;

BEP20 token has flourished within the BSC ecosystem, allowing plenty of Web3 developers to showcase their ingenuity. Some have even claimed that BEP20 improves ERC20 by offering various features that the token standard lacks. These inventions have constantly contributed to the expansion of the Web3 ecosystem. Africa is still in the line of adopting cryptocurrency, and we expect more incredible innovations from this new market.