Blockchain Africa: The dawn of a new tech age

Blockchain technology is the next evolution of the Internet. It is one of the core elements of Web3 and has generated a significant buzz for the past decade. Its vast application has led to its massive adoption rate in digital assets and decentralized finance. Africa has recently joined in the race to become a powerhouse within crypto and blockchain.

Blockchain Africa has been a trending concept and has as a result of Africa’s crypto adoption rate. Currently, there are multiple blockchain applications in Africa, resulting in numerous inventions that show the potential to revolutionize Africa. Over the year, blockchain has gradually revolutionized and benefitted Africa in more ways than one. Blockchain startups prove a new way of thinking in the new age.

A brief overview of blockchain technology.

Blockchain is the technology behind digital assets, and it’s the core that runs it and makes it unique. A distributed ledger technology, or DLT, builds a decentralized framework upon a group of nodes. Each operation or transaction within one node simultaneously reflects on every other.

This framework allows a collective group of individuals to share data, providing data integrity. Data is divided into shared blocks with unique identifiers in cryptographic hashes. Hence the term was coined as “blockchain”, representing the two key elements behind its technology.

Blockchain startups often apply this mechanism to ensure their data is immutable and that third parties cannot alter it. 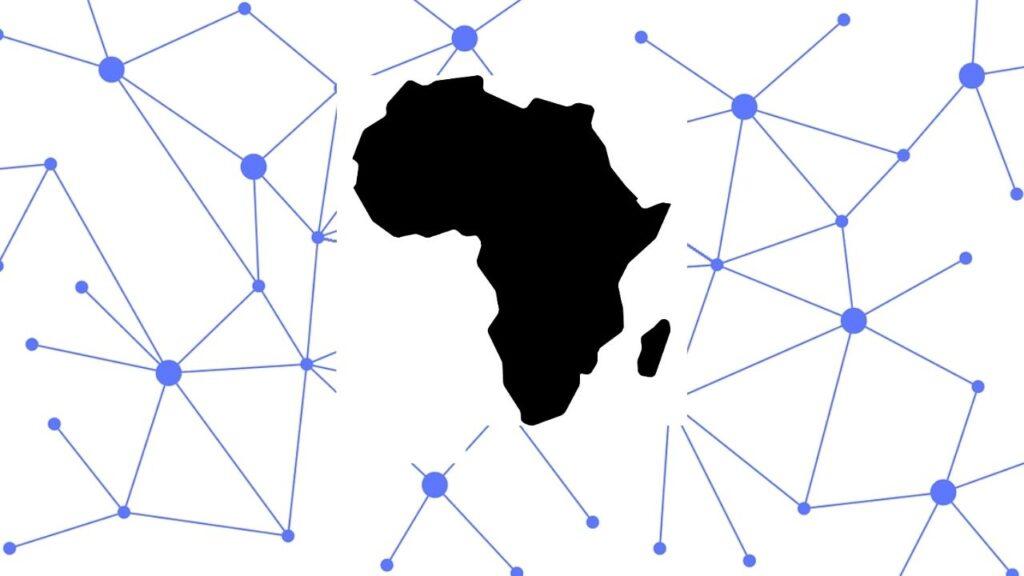 Blockchain startups have revolutionized Africa. Aside from digital assets there are numerous blockchain application. A fact Africa has proven.[Photo/BitcoinKE]

Essentially each block is “chained” to the previous block in a sequential manner, thus forming the immutable record access peer-to-peer network.

Cryptography is generally changing the form of data so that third parties or hackers cannot know what it means. It is applied to the unique identifier of each block to give it that extra boost it requires.

Blockchain Africa has significantly benefitted from this mechanism since it works under the principle of not having a central location for data. All participants within the network maintain an encrypted record of every process or transaction with a decentralized, highly scalable and resilient record mechanism.

In addition, it adds non-repudiation, meaning that if valid users alter anything within the network, everyone else will be aware of the change and who also instigated it. This principle has led to numerous blockchain applications, especially with digital assets.

Since cryptocurrency is a virtual coin pegged with value, blockchain technology keeps track of every transaction made globally. This application has grown over the years; no blockchain startups can apply in other sectors.

Blockchain Africa has thrived because Africa is still a developing continent, and only a few countries can access previous versions of the technology. This demerit has worked in favour of Africa, and now its crypto adoption rate is off the roof.

The number of blockchain startups in Africa has rapidly increased over the years. According to liquid Telecom’s African Blockchain Report, more and more inventions base their primary functionality on blockchain technology.

Kenya, the leading country in Africa’s crypto adoption rate, has made significant strides by housing many blockchain startups. Fusion Informatics is a blockchain-based company that aims to empower one to navigate and discover the ability of blockchain and pilot solutions that cater to the needs of its clients.

Nigeria, the current leading country in cryptocurrency, has also set its stage in Blockchain Africa. It has borne fruit for prominent blockchain startups such as House Africa, which aims to help banks, individuals, and organizations verify investments and possessions by implementing blockchain mechanisms.

The SARB, South African Reserve Bank, ran various blockchain startups in South Africa. The most noticeable was the Khokha proof of concept, a consensus mechanism. Its application as a distributed ledger technology-based wholesale payment system in a ‘real world’ environment had peculiar results. This new system in Blockchain Africa could process the daily volume of payment system in less than two hours while still having the complete confidentiality of transactions and system finality.

Aside from the top African countries in crypto, other upcoming countries have also made significant strides.

In Somaliland, ImapactPPA and the Earth Day Network have launched a blockchain energy platform to manage onsite renewable energy to facilitate hospitals and schools.

Africa’s crypto adoption rate will continue to rise, and the use of digital assets will one day overthrow traditional financial institutions. Blockchain startups will consistently take the opportunity of this rising need to make a profit.

Hence the need for blockchain developers will also rise. Shodipo Ayomide, global head of developer advocacy at Polygon, also concurs with this notion. He states that due to the numerous financial complications in Africa, blockchain startups are capable of solving them.

By showing individuals that blockchain is not limited to only digital assets, we could expand blockchain applications to new areas.

Binance Academy has taken the initiative to meet this rising need. It is currently conducting a tour throughout Francophone Africa to educate young African minds and show them the beauty of this new technology. Africa is already gearing to become a powerhouse in crypto, so many blockchain startups will desire to establish their roots.

Even beyond the blockchain, the progressive decentralization of finance has expanded the mentalities of Africa. The most astonishing part is that only a few African countries are sustaining their current rank; imagine the underlying potential in this statement. If African countries were to unite, it would reverse the whole paradigm of the crypto world.

Upcoming crypto winter: How will it affect Africa’s crypto ecosystem

You can confirm Ethereum balances in Google search