The steps you need to take to become a blockchain developer

Blockchain has significantly risen over the years and firmly placed its roots in the African cryptocurrency ecosystem. Multiple crypto exchange organizations have turned their attention to Africa in hopes of acquiring its untapped talents.

Due to their avid engagement, blockchain Africa is now realized. There are numerous blockchain-based startups in Africa, and some are currently worth millions. Pezesha, Chipper Cash, and Bitsika are a few examples showing that African ingenuity can prosper beyond anyone’s wildest dreams. Hence the need for blockchain developers in Web3 has grown.

But one has to ask how you become a blockchain developer. Is it through a blockchain course? Or Is there a way a typical African can be self-taught and develop “The next big thing”? The answer is yes, and here are the various steps you need to take over the world of African Cyptocurrency through blockchain development.

Before any clear steps are defined, you need to understand that blockchain is simply a concept or a mechanism operating on decentralization. Web3 technology runs on three main components: AI, cryptocurrency, and blockchain, with the latter giving Web3 its decentralized nature.

Blockchain development, however, is the process of building and maintaining a blockchain platform. It involves creating the infrastructure to build blockchain-based applications such as digital currencies, smart contracts, and distributed applications. 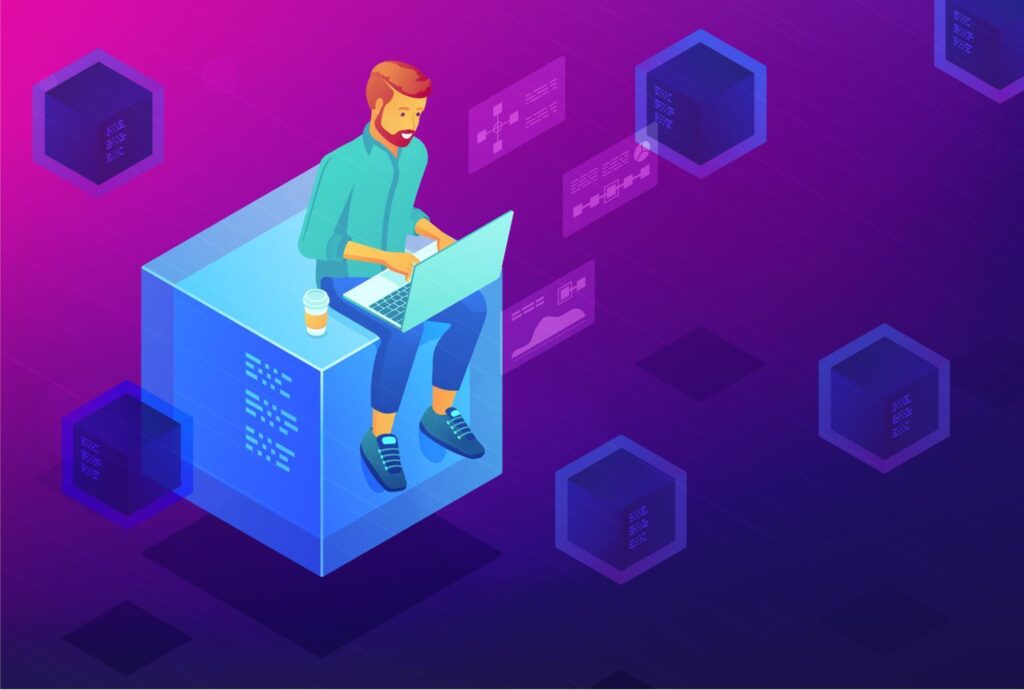 The need for bblckchain developers has risen in both Web3 and Blockchain Africa. Multiple organizations are now opting to give out free blockchain courses.[Photo/Bitcoin.comNews]

Blockchain has a broad scope of applications in the African cryptocurrency ecosystem; as long as an application meets the criteria of blockchain, security, decentralization, transparency, and reliability, they fall under the same category. The sheer applicability of blockchain is vast.

A Blockchain developer is responsible for creating decentralized applications and designing the algorithms used within smart contracts. They are mainly classified into two main categories, each having its roles and responsibilities;

Roadmap of a blockchain developer

Have an academic background

Before diving into a blockchain course, you must understand how a computer works. Being a blockchain developer involves work, and an academic background in computer science will be an added advantage.

Blockchain Africa is a vast world, and having this educational background would broaden your creativity and scope of where or how customers will use blockchain applications.

Also, Read The state of blockchain and cryptocurrency in Zambia

Only some are fortunate in Africa to acquire this privilege but having some competence in mathematics and computer is still the first step in joining Blockchain Africa.

To become a blockchain developer, you are required to possess specific skills. They include;

Any undertaking that involves computers will require consistent practice. The more you practice, the better you’ll become. Implementing the various programming languages will enable you to build smart contracts and decentralized applications.

Web3 is such a vast and ever-growing world. You can easily apply new ideas and concepts. Many video tutorials can guide you into developing concepts that the African cryptocurrency ecosystem is yet to see.

Eventually, rely on the blockchain course.

You can only do so much alone; if you are to move to an expert level and learn new ideas and concepts, you will have to enrol in a blockchain course.

Numerous African universities offer such and even organizations that conduct such training. Only relying on self-teaching tends to limit your capabilities. If you desire to be a full-time developer, it will require you to showcase your skills and a certificate for legal issues.

The African cryptocurrency ecosystem desperately needs blockchain developers, and many offer their training at minimal to no costs. The journey might be a bit long, but eventually, it will pay off since Web3 is still a new concept, and joining generally assures a place within a place in its vast world of Blockchain Africa.

Read: Blockchain startups are on course to make Africa a crypto continent

Visa collaborates with Blockchain.com to develop a new crypto card