Blockchain startups are on course to make Africa a crypto continent

Amid thriving blockchain technology sector, the stellar performance by startups remains on course to transform Africa into a crypto continent

As adoption throughout the continent rises through cryptocurrency startups, Africa is swiftly gaining a reputation as the crypto continent and a blockchain technology epicentre of the globe.

Africa has not fully realised the promise of blockchain technology, which is on its way to becoming a crucial component in the next digital revolution of the world economy. This, however, has started to shift during the last two years.

Blockchain is rapidly gaining traction in the African Fintech (financial technology) industry. As adoption throughout the continent rises, Africa is swiftly gaining a reputation as the crypto continent and a tech epicentre of the globe. Accordingly, the blockchain startup sector is now thriving.

ALSO READ: Blockchain: A pathway towards sustainable development in Africa

Blockchain’s distributed ledger technology enables novel, transparent, decentralised, and fraud-resistant solutions. Cryptocurrencies, based on the blockchain, have garnered the most attention, but they are not the only way the blockchain may facilitate innovation.

Africa’s cryptocurrency sector is the third fastest-growing world and continues to draw substantial investment. Adopting rates are high in countries such as Kenya, South Africa, Tanzania, and Nigeria, where a lack of financial services infrastructure has promoted crypto ownership. Cryptocurrencies are also a favoured alternative for keeping and moving assets. The Central African Republic adopted Bitcoin as a legal tender in April, becoming the second nation globally to do so after El Salvador.

In 2021, $127 million was raised, representing 0.5 per cent of the worldwide blockchain cumulative funding. Ninety-six per cent of the venture capital funds were invested in Nigeria, Kenya, South Africa, and Seychelles. Fintech enterprises raised $67 million (53 per cent) of the total blockchain capital. On the other hand, crypto exchanges collected $34 million (26 per cent).

The crypto startup ecosystem is reaping highly from growth

During the first quarter of 2022, the crypto startup ecosystem got off to a flying start. In May, the Pan-African crypto exchange MARA raised $23 million. On the other hand, Jambo, a Congolese software development company, received $30 million. Similarly, Afriex, a Nigerian e-wallet startup providing remittance services, received $10 million.

VALR, a South African exchange, was closest to a blockchain “mega-deal” in March when it closed a $50 million Series B financing, the continent’s biggest fundraising round. These improvements suggest that Africa will be the global leader in capitalising on blockchain firms by the end of this decade.

No cryptocurrency or blockchain unicorns have yet surfaced on the continent. However, they may do so within the next two to three years. Meanwhile, other IT unicorns, like Nigerian digital payments firm Interswitch and Senegalese Fintech firm Wave, have incorporated blockchain into their operations.

Adanian Labs, another initiative, is a pan-African incubator created in 2020 to nurture companies and entrepreneurs striving to tackle the region’s most pressing concerns. Adanian Labs aspires to establish 300 impact-driven technology enterprises in Africa by 2025, using blockchain and artificial intelligence (AI) to generate one million employment opportunities for African youth.

Value in innovation on financial inclusion 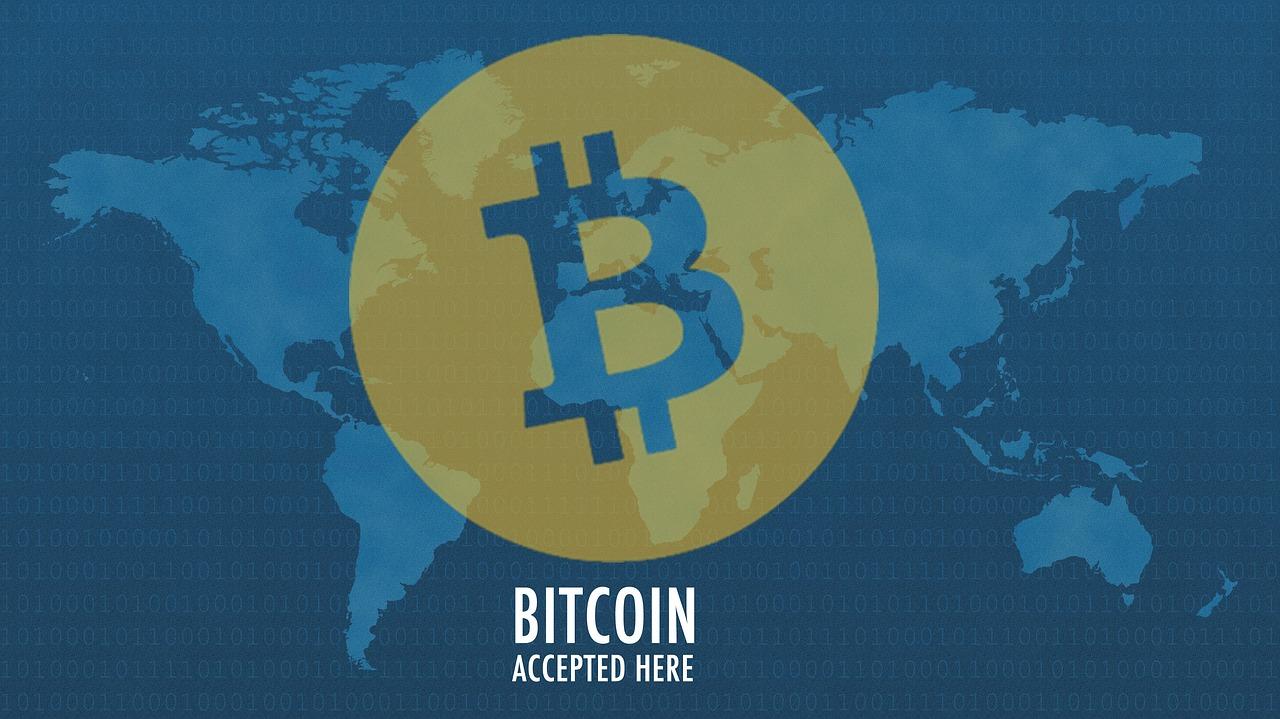 financial inclusion represents one of the most important areas for blockchain to have an instant influence. [PHOTO/BITCOINAFRICA]

The growth of mobile technology throughout the continent has coincided with the growing use of digital payment systems and, subsequently, cryptocurrencies, which provide alternatives to economic infrastructures to those living in cash-based and informal economies.

With increased rates of mobile technology penetration and a growing tech-savvy populace, Africa is a perfect prospect for developing technologies such as Bitcoin.

Financial inclusion is critical to a country’s economic success, yet many people have no access to even the most basic financial services in developing economies like Africa. For instance,  the Kenyan mobile platform M-Pesa has effectively entered the African market by fostering financial inclusion and allowing millions of people to use digital payment systems. As per the Central Bank of Kenya (CBK), mobile money transactions in Kenya increased by 32% in 2021.

Three hundred seventy million Africans are unbanked. As a result, financial inclusion represents one of the most important areas for blockchain to have an instant influence. P2P bitcoin marketplaces such as Paxful and Localbitcoins are at the forefront, enabling millions of people to access various critical financial services. Africa will experience an even more significant transition from conventional banking as information on crypto and its genuine use cases spread throughout the continent.

Several successful cryptocurrency exchanges have developed in recent years, such as the pan-African exchange Yellow Card, which is presently operational in almost a dozen nations and strives to grow further.

Africa’s present state of affairs has provided the ideal circumstances for the rapid adoption of blockchain technology. This technology has revolutionised financial infrastructure, personal identity, record keeping, and lack of access to individual financial independence. It addresses real-world issues that Africans experience daily. This capacity is what makes Africa’s tech landscape so fruitful.

Given the significance of agriculture on the continent, it is unsurprising that farmers have sought to incorporate blockchain technology into the industry. One groundbreaking example is BeefLedger SA, which uses a blockchain-enabled traceability platform to authenticate and track the source of beef products to fight food safety and fraud challenges in the South African market.

Mining companies have also used blockchain’s potential to make the logistical process more transparent. Tracr, the world’s pioneer blockchain network devoted to monitoring the origin and quality of diamonds all over the value chain, was introduced in 2018 by African diamond mining giant De Beers, providing an immutable record of their sources.

Many Africans cannot depend on vast, centralised, and tightly controlled infrastructure systems. In their circumstances, they are often fraught with inefficiencies and red tape. Consequently, creativity is given a clean slate to work with, and progressive advancements seem to follow. As a result, the optimal setting for blockchain technology and cryptocurrency has been created inadvertently.

Navigating the prevailing challenges amid a regulatory storm

While there is tremendous potential in implementing cutting-edge technology such as blockchain across multiple industries, significant challenges remain.

One critical factor is the connectivity: internet access in Africa is 43%, whereas broadband prevalence is a pitiful 1%. The World Bank forecasts that Africa needs $100 billion in infrastructure over the next decade to attain universal broadband coverage.

Africa also has regulatory issues. These issues create obstacles to access and limit the number of individuals interacting with the crypto economy and the region’s potential for digital currency.

Of 54 nations, 31 have an outright or implied prohibition on cryptocurrency, and 17 have an unclear regulatory climate, leaving just six with a legislative framework.

South Africa and Mauritius have set the tone, with Kenya leading in P2P transactions

South Africa has one of the most sophisticated financial sectors. The country has remained a regulatory forerunner for the African blockchain ecosystem. It has achieved legal transparency and clarity in the context of cryptocurrencies. Additionally, South Africa has developed not one but two central banks’ digital currency (CBDC) proofs-of-concept.

Mauritius, already a global financial powerhouse, was one of the first nations to enact comprehensive regulations on digital assets and initial token offerings (ITOs). Seychelles has maintained a light-touch stance on cryptocurrency regulation. The country hosts some of the world’s biggest exchanges and successful initial coin offers (ICOs).

Meanwhile, Kenya already leads the globe in P2P exchange volumes and ranks sixth in crypto usage. The Kenyan government has not yet banned cryptocurrencies. Although the Central Bank of Kenya does not regulate crypto, the CBK has extensive discretion when investigating individual crypto-related issues.

In countries such as Nigeria, the Naira’s volatility, combined with rising global remittance streams, has rendered digital currencies a highly prized alternative. The crypto market is flourishing, notwithstanding the ban. The restrictions on crypto have essentially done little to deter individuals and organisations from using and trading crypto. Last October, Nigeria emerged as the first African nation to create its own CBDC, the eNaira.

Despite regulatory uncertainties, crypto startups have continued to build themselves and provide clients with blockchain solutions. Leading nations such as South Africa and Mauritius have shown how a progressive approach toward cryptocurrency may be profitable. This is the kind of regulatory strategy that motivates others to follow suit. As regulatory agreements fall into place, the prospects become even more fascinating.