For centuries, Africa has been considered one of if not the most resource-abundant continents in the world. For years other continents have depended on her for several reasons. They either required raw materials, precious ores, or even trees to some extent. Various continents still depend on Africa to acquire its rich nature. Fortunately,  no one expected it to have so much potential within the technological world.

Unfortunately, with other continents sipping from Africa’s states, its natives have been unable to benefit from their resources fully. However, the same state of African countries has made it the perfect candidate for Web3, AI and blockchain technology. One of the biggest news to hit the globe was Africa’s enormous crypto adoption rate which broke records at 1200%.

After missing out on the first three, it is clear that Africa will most likely dominate the fourth Industrial revolution. Due to this, various companies have set their eyes on its untapped potential. In recent news, Modus Capital has set its sights on sub-Saharan Africa to hop on the blockchain wagon that will create waves in the upcoming years.

Who are Modus Capital

Modus Capital is a holistic Venture Platform that invests in promising individuals and entrepreneurs with a vision of tomorrow. Essentially one could say that their main goal is to empower and support new startups financially, operationally and institutionally. By providing the foundation that most individuals, especially in Africa, create an innovative ecosystem that gives unheard-of ideas and startups the necessary platform.

Modus Capital builds and nurtures MENA, Middle East and North Africa. It also includes other emerging and potential markets within a variety of expertise.

Kareem Elsirafy founded the Modus capital in 2015 with a few other partners. New York is the firm’s main base. Still, at his heart, Kareem intended for the primary focus of the venture platform to mainly focus on Africa’s potential. To elevate both Web3 and blockchain, along with aiding other innovations. 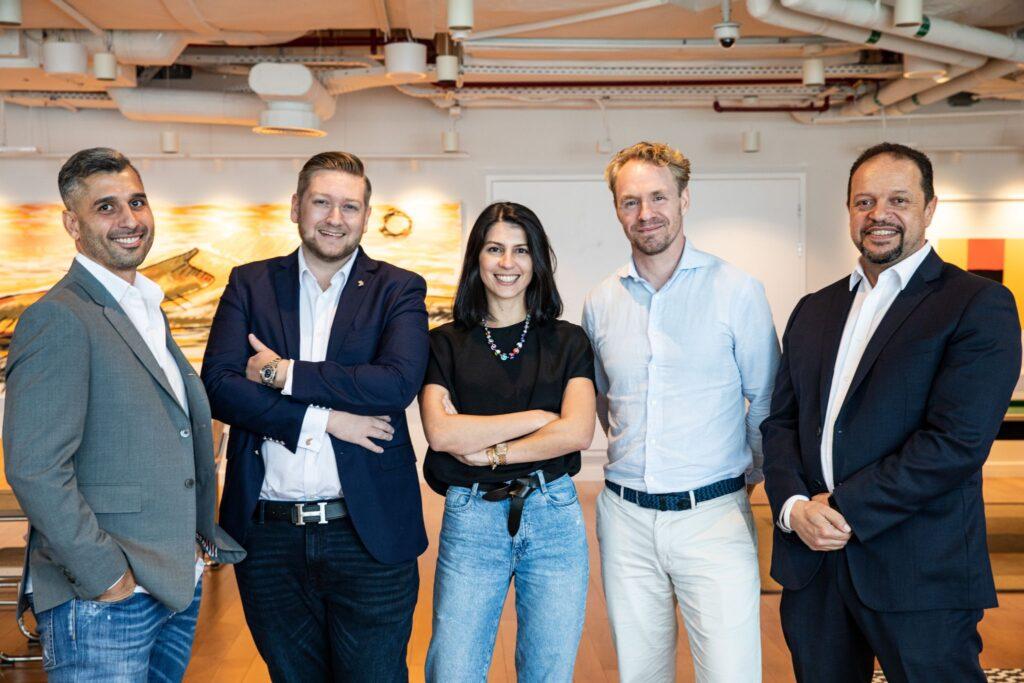 According to Elsirafy, years of accumulated experience in building companies brought about one of the core driving forces of building Modus Capital. He and his partners saw how the venture capital ecosystem had several issues. The relationship between VCs, their entrepreneurs and LPs is not the best for startups. The dynamic surrounding prioritization between the three led to most startups’ failure.

Also, read the Metaverse and AI A bread and the butter relationship.

According to their research and perspective, the entrepreneurs required more than just capital from VCs. Initially, VCs mainly did a ‘plug-and-play routine. This acronym mainly shows how they would merely dish out the required capital and let the entrepreneur manoeuvre through the unknown till they made something work. This led to an unnecessary struggle to find the right type and amount of advisory for strategic value-add and talent.

Finding the right talent at an affordable rate was a significant issue for startups both in the business sector and in Web3. Hence Modus Capital found its niche. By providing the correct type of value add support to upcoming startups and offering better investment products, Modus would have successfully created the perfect conditions required for success. Essentially they created a new model of venture capital engagement.

Modus Capital recently announced the launch of Modus Africa, a $75 million SDG-focused VC fund. Its primary goal is to invest in Africa’s blockchain and AI startups. In a previous article, we described the different application methods of AI, essentially in crypto, blockchain and the Metaverse. This shows that experts have approved AI and blockchain compatibility in Web3. Thus, more and more companies, aside from Modus, have sought to create new startups that effectively utilize this ‘dream team’.

Two general partners will lead Modus Capital’s fund; Vianney Mathonnet and Andre Jr. Ayotte. The launch of Modus Africa comes as venture investments in the content to enable blockchain startups to utilize AI capabilities within their functionalities. According to MAGNIIT, Africa observed a 250% growth in funding, surpassing capital deployed in MENA for the year.

The sheer ingenuity of Africans within Web3 and blockchain has slowly gained recognition. Additionally, the African VC ecosystem has gradually grown, passing the $1 billion mark in 2019. Various African countries are striving to acquire the title of the ‘Top Tech HUb of Africa. This zeal is one of the core reasons why Web3, blockchain and AI have rapidly increased within Africa’s ecosystem.

According to Modus Capital, Africa has the potential to reach 200 million+ new blockchain users in the next four years. Thus incorporating AI may be a risky move towards Africa’s traditional VC ecosystem but a necessary one to keep up with the shifting tech age.

Also, Read Crypto and blockchain funding are rising despite the recent crash.

Modus Capital has taken the initiative as it has already closed three investments in startups using AI and blockchain across insurtech, fintech and health tech.

Modus Capital is among the many cooperations that realize Africa has the potential to be in the limelight of the fourth Industrial revolution. After years of gradual progression and neglect, Africa has created the same ecosystem it requires to pioneer the next Industrial revolution. Web3 and blockchain use the concept of decentralization which is a shift from Web2. Since most, if only some, African countries are deeply rooted in its concepts, unlike developed countries, it makes the transition to Web3 much simpler.

According to Elsirafy, Modus Capital is a particular period of launching an Africa-MENA investment corridor. This initiative will continue to support and invest in the emerging innovation ecosystem. Given its unique inclination and position, Modus Capital has the proper means and utilities to deliver a decisive impact and value to African communities.

Will this venture prove more useful, especially during this Web3 crisis, or will it succumb to the pressure and provide minute change? Questions whose answers can only reveal themselves with time,