Web3 and, more so, cryptocurrency have received both praise and rejection from multiple countries. Most countries, especially governments, initially rejected digital currency in Africa. Only a few took the leap of faith and incorporated the crypto industry within their economy. Unfortunately, this mindset is not only limited to developing countries. Various states and countries of the 1st world have rejected the concept of cryptocurrency. Russia, a well-known powerhouse, initially rejected the entire notion of crypto. At the time, it didn’t seem all that important, and its economy was above average. Unfortunately, all that changed when the invasion of Ukraine began. Russia’s economy suddenly plummeted due to the sanctions, and the world is generally turning its back on it. Establishing crypto regulations suddenly didn’t seem like such a bad idea.

The state of Crypto in Russia so far

Essentially the crypto industry within Russi falls under two crucial categories; pre-invasion and post-invasion. Before talks of invading Ukraine, the use of digital currency in Russia was widely known by its crypto traders. The steady increase of crypt traders in Russia grew mainly through the admiration of their own Vitalik Buterin. Although its citizens were reasonably knowledgeable about digital currency, the real milestone was evident after Russia officially declared war against Ukraine. 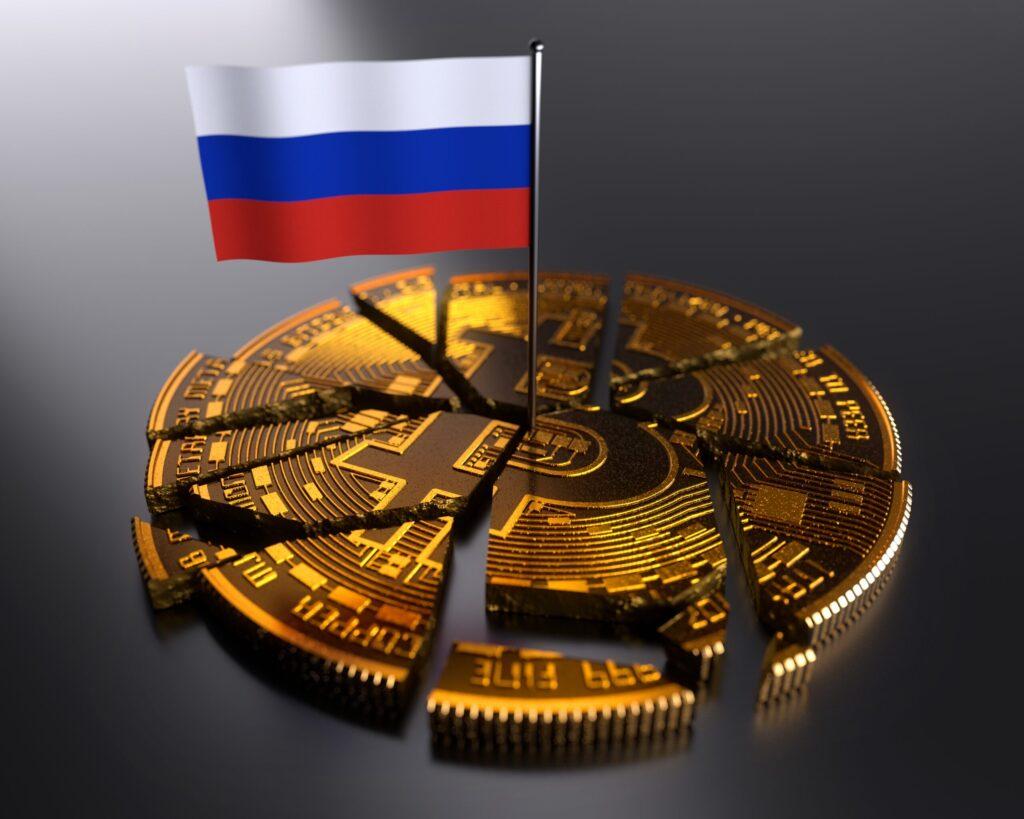 Russia is stepping into the crypto industry as it seeks to establish crypto regulations that will boost the use of digital currencies. This is a new dawn of an economy surviving on cryptocurrency.[Photo/ElectronicPaymentsInternational]

Unfortunately, this had several repercussions as the world judged the prospering country guilty and cut off ties with Russia one by one. This resulted in a severe deflation of their fiat currency ruble, causing its citizens to focus entirely on other means of income. During this period, the transaction rates within Russia spiked, and numerous new crypto traders slowly increased.

Anatoly Aksakov, head of the Russian Duma’s financial committee, quoted, “The topic of digital currency and financial assets, the digital rouble and cryptocurrencies is currently intensifying within Russia. This is mainly due to Western countries imposing sanctions and creating problems for bank transfers and international settlements.”

Given the circumstances, the Russian government had no choice but to incline on the crypto industry to acquire additional funding. Ivan Chebeskov, head of the finance ministry’s financial policy department, had various thoughts. He stated that using digital currencies in transactions for international settlements is a means to cushion the state’s financial dilemmas and discussions were underway.

On September 2022, the Central Bank of Russia officially initiated the first crypto regulations. It made the first significant step within the crypto industry. It was able to legalize the use of digital currencies for cross-border transactions opening more opportunities for crypto traders throughout its country. This initiative allows crypto traders outside Russia to access their digital asset wallets. This increases the scale of its capabilities.

The sudden change of heart is a clear indication of the practicability of cryptocurrency. Currently, there are plans to provide electricity and establish a crypto-mining farm for its citizens in neighbouring Kazakhstan. This is in cooperation with the power monopoly Inter Rao which deals directly with various cryptocurrency exchange platforms such as Bitcoin.com.

In truth, the world has turned its back on Russia and has played its part in ensuring that its self-proclaimed war comes to a halt. The European Union are planning on establishing several laws preventing the country’s citizens from using any EU crypto wallets.

This may appear as a mere threat, but it’s explicit about Russia’s opposition. Malekan stated, “If it’s a non-custodial wallet like Metamask, it’s a nonsensical statement; every user does it locally on their device and can do it from anywhere. We can’t know their physical location.” Its polar, custodial wallets generally require various information from its users.

Russia is slowly moving to legalize crypto mining, and many will be unhappy about the idea. Aksakov stated that they successfully submitted the bill to parliament in mid-November. Following the procedure, he hopes the bill will be fully effective by January 1st 2023.

Despite the clear stance of various individuals on Russia’s invasion of Ukraine, its ability to utilize crypto within its economy is an added advantage to the crypto industry. Its practicability has shown that with clear crypto regulations, digital currencies can support a country. Russia believes empowering its crypto trader will significantly increase their trading volumes, allowing taxation to benefit its economy and its hardworking citizens.