The concept behind digital assets has brought in numerous debates. Some have advocated for decentralized finance and mans to bank the unbanked. At the same time, others have claimed that its lack of value is its ultimate undoing. It gives value to digital records or ‘numbers on a screen. Various countries have proved the practicability of the crypto industry and its usefulness towards a nation’s economy. Unfortunately, not all governments see the potential of crypto even amid various crypto regulations, especially with the recent crypto crash. Many governments have presented valid but hypothetical arguments against crypto over the years, although that quickly changed. The FTX collapsed and soon became the ammunition governments waited for to reject crypto entirely. In some, to establish well-placed regulations restricting a crucial component of crypto.

In recent news, the US government has taken a few steps to remind its citizens of cryptocurrency’s dangers further.

US’s stance in the crypto industry

Also, read the state of cryptocurrency adoption in Africa per country(Opens in a new browser tab)

It’s generally stuck between both ends of the spectrum. Its initial unwillingness to adopt a concept may result in disastrous economic effects. The latter is driven by fear of a crypto crash or through cyber crimes. However, it is also reluctant to miss out on the next industrial revolution, potentially a money-making venture.

Finding the balance between the two is one of the few things the new US president Biden advocates for. The establishment of a new crypto regulation system that would benefit both its citizens and the overall US economy is the primary directive that Biden’s executives advocate for.

This year alone has seen various improvements in the US government’s stance on cryptocurrency. It has encouraged innovators and developers to diver into entrepreneurial cryptocurrency ventures. Despite this, they also have dictated a stern warning against using digital assets for criminal activities. This was one of the few arguments against crypto that the US is trying to solve.

In addition to advocating and supporting innovators, the US government has made significant strides to establish clear crypto regulations to combat its use for criminal activities. In 2021, the US government seized 63.7 bitcoins which amounts to $2.3 million, paid as ransom by Colonial Pipeline to hackers.

This is merely one side of different governments’ many arguments against crypto. Unfortunately, the recent crypto crash reinstated the fears faced by governments. This merely made things much harder for the adoption rate of digital assets.

US senator states several accusations on the crypto industry.

With the fears of the US government now fully renewed, various parties within its legislature have taken the chance to advocate for the complete rejection of the crypto industry. According to Jon Tester, a US senator, since crypto s backed by nothing, it provides nothing; hence there is generally. ‘no reason ‘ for it to exist.

This statement is one of many since most governments have either slowed down and revisited their crypto regulation or completely scratched the notion. 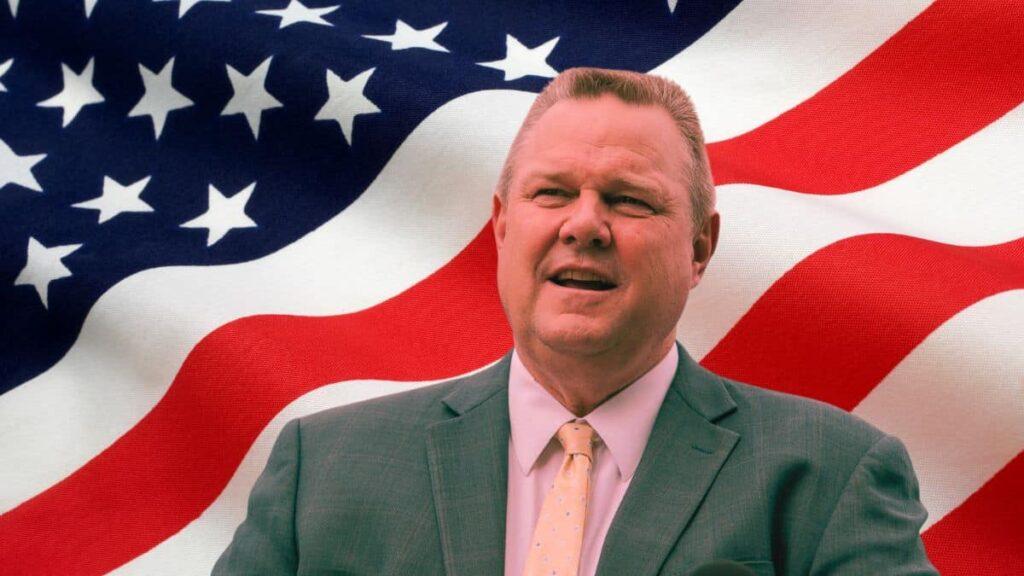 Jon tester claims that establishing crypto regulations will effectively uplift the crypto industry and digital assets, which he strongly disbelieves in, especially after the recent crypto crash.[Photo/Bitnation]

Tester, a senior senator of Montana who has substantial influence and has held the seat for more than ten years, is one of the figureheads participating in the ongoing debate over US crypto regulations. According to him, because digital assets generally lack value regulating something that generally has nothing is like placing fences on an empty farm.

On NBC’S Meet the Press, he stated that the entire crypto industry did not pass the smell test for him. Since no one has convinced or thoroughly explained the value of crypto, it’s just full of synthetics. He further suggested that the ley problem, if the US government regulates it, generally materializes the concept of crypto in the minds of its citizens. A concept he strongly disagrees with.

Likewise, a shared trait within the tech, gaming and crypto industry, many did not take kindly to his remarks. The crypto community ultimately rejected the arguments against the crypto Tester presented. When you generally think about it, a piece of paper was valueless until a select few individuals gathered around and decided to give value to a piece of paper. After the age of gold and silver ended, all that was left, especially within the financial ecosystem, was a man simply placing value on things for the sake of.

Adopting traditional and crypto financial systems is generally the same in some contexts. Jon Tester generally has a good overview. Crypto is a digital entity that man gave value to. Unfortunately, to some extent, it also applies to the paper system; during its debut, individuals thought of it as gibberish and a madman’s idea. As time progressed, so did its adoption and like it or not, the same concept is happening to crypto.

The US government is but one of many who have taken partial damage to its opinion of digital assets and the crypto industry. The crypto crash has left crypto traders vulnerable and has given governments and officials a valid reason further to push their reasons against crypto to its citizens.

Also, Read How the Federal Reserve affects the entire cryptocurrency market(Opens in a new browser tab)

Many have already given up on digital assets, and others are proceeding with little zeal and more caution. Despite the looming dangers of strict crypto regulations, the US government has yet to accept the arguments against crypto completely. There is still hope for digital assets and Web3 since it has happened before. The crypto industry always has a way of bouncing back up.