In the modern world today, plenty of successful veterans and young entrepreneurs often claim that your network is your net worth. To some extent, that fact is actual, and the tech industry in Africa has understood that notion all too well.

Collaboration has always been crucial in developing new devices and ingenuity throughout the different technological milestones. A mundane example is the prospect of electricity. As a concept, it is fascinating, but unless applied correctly, it’s just a useless, more dangerous element. Its fundamental applications to other devices generally give its an elaborate edge. Likewise, the tech industry and Web3Africa understand that a few things are crucial to prosper and grow as Africa’s tech hub. The first is to benchmark with like-minded individuals to collaborate and aid each other.

Tech Connect Africa was the perfect set-up that the entire African community required.  The Nairobi dinner was a success, and various fundamental events occurred within the designated time frame. Every wave starts as a mere ripple in the vast sea.

What Tech Connect Africa stands for

Tech Connect Africa is a social enterprise committed to building a highly engaged, innovative and interconnected global community. Essentially Tech Connect Africa aims to create a well-deserved opportunity for all tech enthusiasts. Take a few steps back to break from the analysis, the coding, the developments and the policymakers.

Through this, highly profiled individuals have a chance to impart wisdom and knowledge to young entrepreneurs.

According to their website, their mission is to connect the global African diaspora through tech education, innovation and community.

More times than not, you will often hear about a company having two or more founders. The story often revolves around how they started their organizations, mainly through networking and sharing ideas.

Africa’s tech hub is a vast pool of talent, zeal and innovations and the Nairobi Dinner lived up to its expectations.

Tech Connect Africa hosted its first December event in Nairobi, Kenya, at Radisson Blue Hotel on December 14. The theme was to represent the African culture in technology. The theme of the entire event was African based to showcase that Africa’s tech hub embraces its diversity while still ensuring that everyone knows that Africa has the potential to lead the tech industry. The event started at 7;30 pm, despite it being scheduled to kick off at 6 pm EAT. Fortunately, at the time, every key participant had arrived, and the event kicked off with a bang. 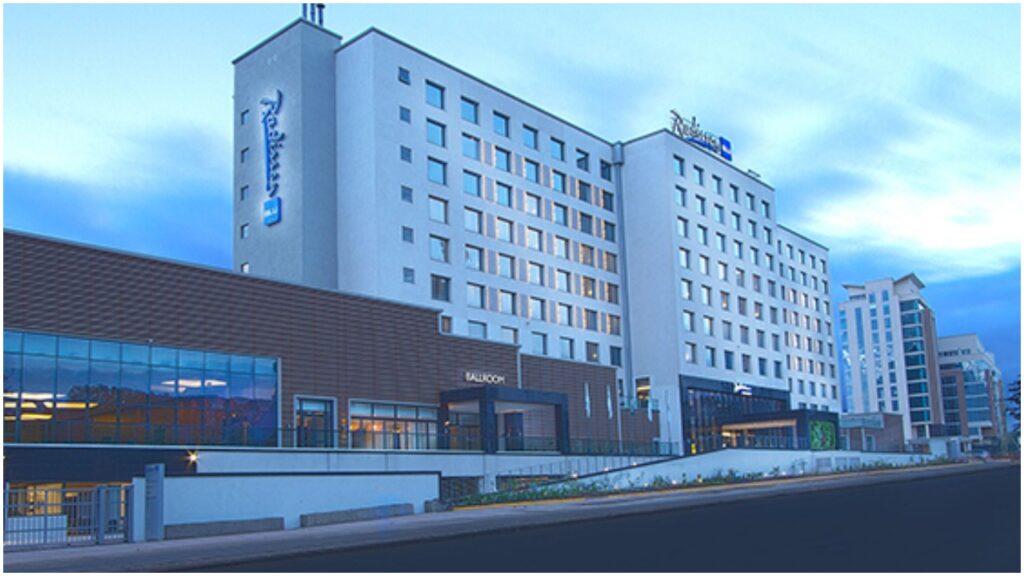 Intellectual individuals filled the room with all representing their respective companies. A select few companies arrived, such as; Microverse, Google, Meta, Nala, Uber, Kenyan Wallstreet, PawaIT, and many more companies, who could attend the gracious event.

Web3Africa also ensured it attended to represent blockchain technology. As a result, we acquired more information and interacted with both old and young entrepreneurs.

During the period before individuals were given the go-ahead to network among themselves, key figureheads were the centre of attention throughout the entire event.

The COO of PawaIT was a vibrant and enthusiastic individual who ensured the entire event was on time and lively. She has several achievements in properly governing and managing various responsibilities at PawaIT through their collaboration with Google cloud. She pioneered this project, and her years of experience as a tech enthusiast gave her the necessary skills to coordinate the event on time. 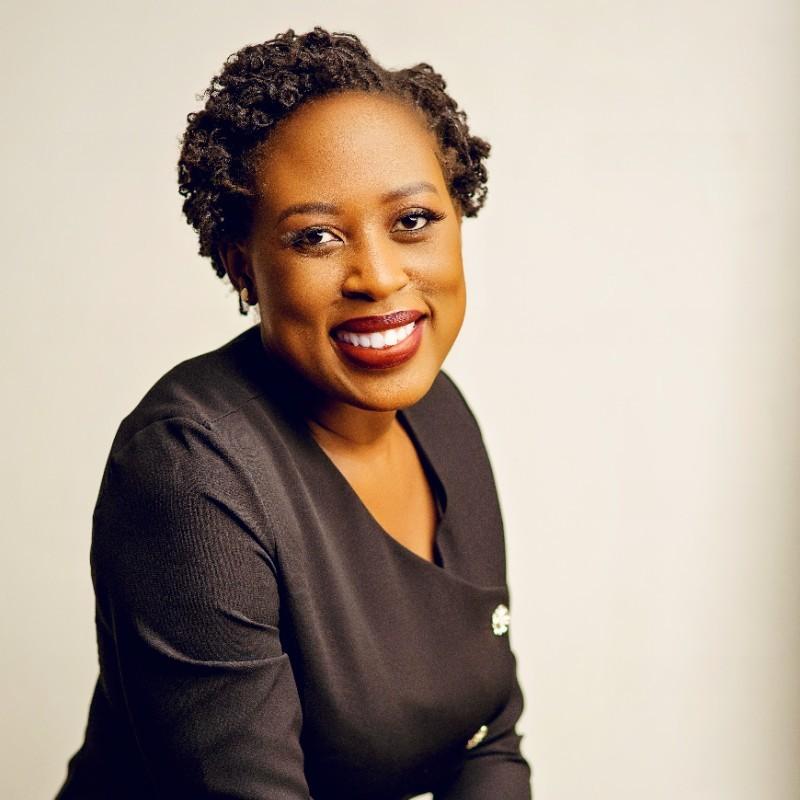 Berly Samba, COO of PawaIT, gracefully MC’d the event making it all the more memorable.[Photo/LinkedIn]

The executive director of Ushahidi was the moderator during the panel segment, which was the highlight of the Tech Connect Dinner. She is a technologist, community builder and open-source software advocate passionate about impacting Africa’s tech hub.

Her experiences in software development, global community engagement and non-profit organizational management made her the perfect moderator. She engaged all the panellists on even ground. Her vibrant mood made the entire segment enjoyable. Ensuring that all those who came could acquire useful information while enjoying their time networking and socializing. 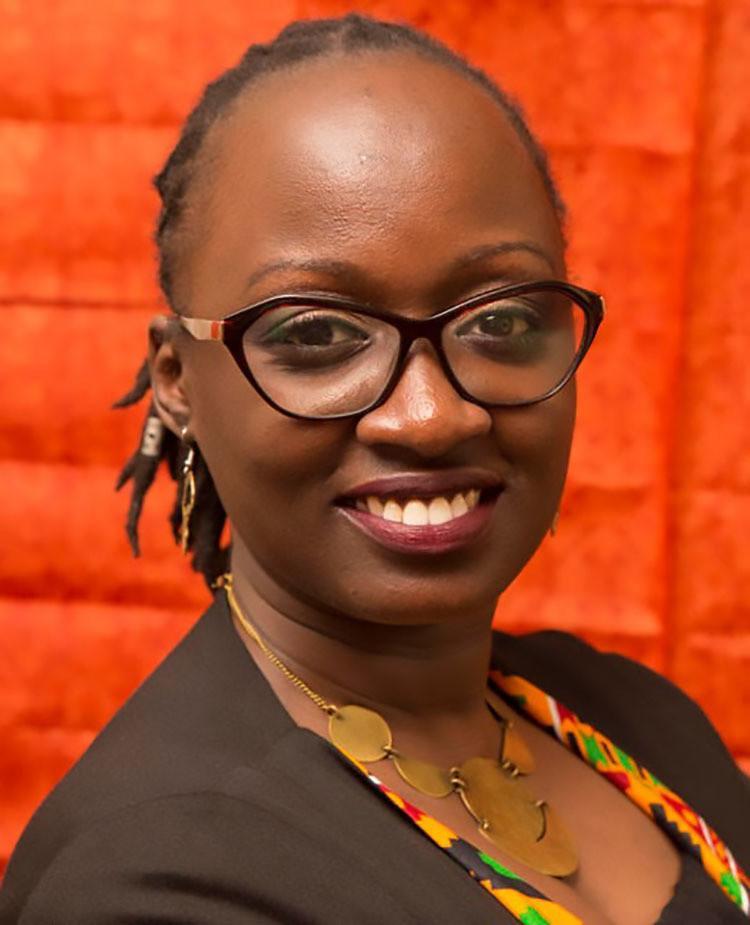 Angela Oduor, CEO of Ushahidi, moderated the Dinner’s main event and interacted with the panellists and the audience, making it more engaging.[Photo/TheWorldEconomicForum]

After a few speeches from key figureheads such as Nala, the event quickly moved on to its main segment of the night; the panellist.

Despite the excellent food, the ambient nature of the room, the live band performance, and the interactions with different organizations, the main event topped the entire segment. Key figureheads were called upon to answer several questions. Essentially, it is to grasp what issues face Africa’s tech hub and how we can address them as different organizations, including Web3Africa.

The general theme for the panellist segments was a discussion around both Big and Small IT companies and their general roles and effects on Africa’s tech hub as a whole.

Google’s Geo Africa Lead. She is highly knowledgeable in the geospatial data landscape, partnership development and the small and medium business environment. Her expertise includes general knowledge and applications in emerging markets and EMEA geographies. Her high proficiency in programming and project management was among the few reasons she was the perfect candidate as a panellist.

The project manager of Network Investment at Meta, one of the leading tech companies that aspire to grow the metaverse. Lord has prospered within the tech industry for some time. He received an apprenticeship at FC HALEM as a chief of Staff, where he learnt various management skills. Although he officially entered the tech industry when he joined Google Cloud as a Program manager who oversees different aspects of the organizations. Slowly and gradually over the years, the young entrepreneur consistently stacked his resume and is currently at an elevated position in Meta. His experience was worthwhile during the entire event.

The founder and Managing Director of Kenyan Wallstreet is a renowned figurehead in Kenya. This individual, who started as a young entrepreneur, achieved a lot more than most individuals his age would have. He currently stands tall as the CEO of one of Kenya’s and Africa’s media companies, Kenyan Wallstreet. His influence is admirable as his tenacity to achieve his goals and learn. He avidly believes in Web3Africa, more so the concept of decentralization. Individuals showed up mainly to network with this him.

Tende Pay’s CEO is a calm and collected sea of knowledge. He is the founder of the fintech company and has won a variety of award-winning mobile solutions experts. His years of experience in creating new mobile-based innovations have paid off. His approach to the various hurdles has given Abel the essential tips to guide young entrepreneurs. He has experience designing, deploying and delivering mobile products ranging from Mobile VAS to Mobile Commerce. His participation as a panellist member was refreshing, as was his knowledge of the deployment of any project.

Finally, an evening of socializing wrapped up the Tech Connect Africa dinner. Web3Africa mainly targeted various Web3 and blockchain-affiliated organizations. Companies such as Afropolitan, AfrofutureDAO, Nala and many more attended. The various interactions were fruitful as they showed that we are just one organization focused on introducing young entrepreneurs to the power of blockchain and crypto.

Africa’s tech hub has several innovators and brilliant individuals who focus on growing and building the mind of Africa. If we can pull together as a continent, work and collaborate with different ideas, we can create a new path for Africa.

Let’s take it practically Afropolitan is an organization that focuses on supporting African NFT artists, and Web3Africa is a media company focused on spreading awareness of blockchain n technology. Working together will be simple and easy since when Afropolitan hosts an event, one of our journalists can attend and document the proceedings. In addition, it helps advertise their company while showcasing our capabilities.

Tech connects Africa has the right mindset. One can unite like-minded people through one’s network and build an entire system of interconnected figureheads that form a mesh-like innovation system. Notice how such a concept eerily resembles how blockchain technology works? This shows that blockchain technology and Web3 are applicable in more ways than one.

The following article will focus mainly on the critical attributes discussed by the panellist.

[…] a previous article, we highlighted the various vital figureheads who attended this dinner. This article will highlight some of the critical issues discussed within the period availed and […]