Web3 2022 review; How NFT, Crypto and the Metaverse intertwine

2022 is one of the most defining moments in blockchain technology, the crypto industry, the Metaverse, AI and, more so, the Africa web3 ecosystem

With 2022 finally closing its curtains, many individuals in Web3 have had a bittersweet experience within the year. 2022 is one of the most defining moments in blockchain technology, the crypto industry, the Metaverse, AI and, more so, the Africa web3 ecosystem. Marked by highs and lows, each aspect of Web3 was affected in one way or another. Many crypto traders lost their faith in cryptocurrency after losing their life works, while African Artists dived into NFT to expand their horizons.

Many governments have seen the practicability of blockchain technology, while others have entirely rejected the notion. Web3 has shown us that it can revolutionize the very concept and understanding of the tech world when applied correctly. Here is the summarized recap capturing the significant moments that have defined Web3 in Africa and worldwide.

Cryptocurrency is by far the highlight of Web3 in 2022. The highs and lows mainly depicted by the crypto volatility are merely outstanding. To start with the positives, Africa showcased its progress in the crypto industry by shocking the entire world with its unprecedented crypto adoption rate, a common topic that had the entire crypto community buzzing.

What astonished everyone even more, was that only a select number of African countries actively participated in cryptocurrency. Namely; Kenya, Nigeria, South Africa, Egypt, Tanzania, Ghana and Zambia. These countries have enabled Africa crypto ecosystem to hit a record high of a 1200% adoption rate. They surpassed first-world continents that pioneered cryptocurrency.

Various countries such as Nigeria, South Africa and Ghana have taken it further. Their governments have come on board and acknowledged the potential of cryptocurrency. The sheer improvement of Africa crypto ecosystem is worth mentioning, and a later article will elaborate on the various highs and lows of its ecosystem.

The next memorable aspect of crypto in Web3 is the numerous adoption of crypto payment systems. Key figureheads such as Mastercard, Paxos, Visa, Bentley, and even Fifa took the world by surprise when they announced numerous crypto partnerships to establish a blockchain-based system to incorporate crypto payments. 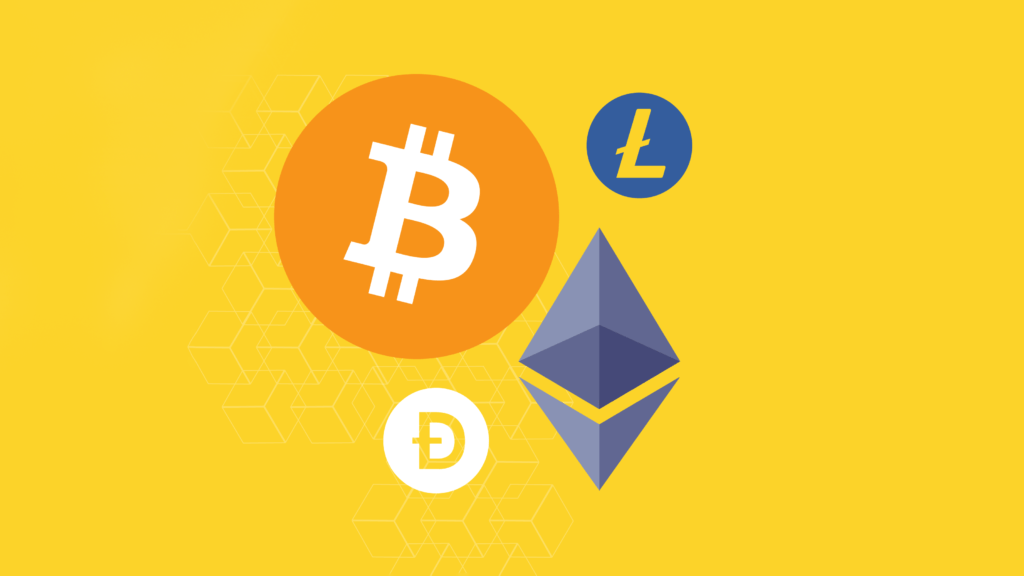 Cryptocurrency has had significant ups and downs throughout the year, affecting the entirety of Web3,[Photo/LinkedIn]

This allowed the crypto industry to expand further, bringing in more crypto trades looking to capitalize on this new venture. Paypal and other mobile money systems also announced incorporating a new crypto-based feature. It allows users to buy, sell and transact using crypto coins. This soon became a trend as more and more crypto exchange platforms received numerous offers for partnership, signifying that the world was finally recognizing the true potential of crypto.

As the year saw the positive impact and practicality of the crypto industry, it also saw its essential hazards. The number of crypto hacks that occurred within the year was few but caused significant damage to the entire crypto industry, so much so affecting Web 3 directly. The primary key crypto hacks resulted in the loss of approximately $3 billion, causing a massive decrease in crypto traders worldwide.

The settling of the crypto winter was bearing its fangs on the foundation of blockchain technology and whether or not it deserved its place as the determining factor of the industrial revolution. Finally, pouring “acid” into the wound, FTX collapse sealed the deal. The sudden drop within the crypto industry affected even Bitcoin, causing it to reach an all-time low of $17,000. Despite the wins the crypto industry has had, the year has ended on a sour note as more crypto traders genuinely fear that this may mark the end of crypto.

Web3 shows the world the actual value of NFT.

The NFT marketplace genuinely had a positive influx with the year. What started as a joke and an experiment to apply blockchain technology within the digital world has grown into a creative business. Throughout the year, more artists have dived into the world of NFT, creating artwork that has rocked the artistic minds of the globe. Gone are the days of paint brushed as investors and collectors have shifted to the digital realm to find unique antiques for their taste. The NFT marketplace has established enough ground in Africa to survive this crypto winter.

Organizations such as Afropolitan, UhuruNFT and Emsany have pioneered the African NFT marketplace, creating a platform where African culture can genuinely thrive. QkweQkwe.io is a virtual marketplace where African artists can access the global audience to showcase their talent through NFTs. What started as a few Artists shifting into the digital world has resulted in a massive flood of creativity within Web3.

Various brands have made millions within the NFT industry. Recently Binance signed Christiano Ronaldo to create his very first NFT. This merged the sports world with Web3, further showcasing its practicability. Bently also announced its partnership with Polygon to drop a once-in-a-lifetime NFT. Deepak Thapliyal, founder and CEO of Web3 startup Chain, purchased the Punk for 8,000 ETH, doubling the previous record for the iconic Ethereum profile picture (PFP).

NFT has utilized blockchain technology to establish a new form of ownership, curbing fraud and impersonation.[Photo/Facebook]

Shiba Inu, Tamadoge and DogeCoin have revolutionized the NFT marketplace by merging NFTs with the gaming world. What started as a joke has become a multibillion-dollar workforce where by-game characters are now concerted to NFT. The gamer would want their unique character, and as such, it has worked together with the crypto industry.

They drop NFT game characters, wallpapers and other NFT merchandise within the game and sell them for cryptocurrency. For the first three quarters of 2022, this collaboration significantly benefitted both aspects of Web3. Unfortunately, since both aspects closely collaborated, they also shared the misfortunes of the last quarter of 2022.

The sales of NFT throughout various platforms have significantly decreased. The low values of certain crypto coins force NFT artists to increase their prices to acquire a decent income for their hard work seamlessly.

NFT expanded its applicability into the music industry, a feat many did not expect. Through blockchain technology, LGND has successfully created the first-ever Web3 music platform. This removes the need for managers and intermediaries for Music artists. With Web3 now in place, Music artists can directly receive payments for adoring fans. NFT has proven that creativity as a profession is worthwhile

The Metaverse and AI revolutionizing Web3

Blockchain technology is helpful in many aspects. Despite this, one of its most outstanding achievements is its applicability within the Metaverse. If anything else, 2022 is considered the year of the Metaverse, AI and VR. The technology behind virtual reality has significantly improved ve the past year. Major cooperations such as Meta, Mastercard, Visa, Microsoft, Samsung, Amazon and many more have catered for its high-paced advancements.

The gaming industry alone has seen significant improvements from this aspect of Web3. Epic games acquired one of the year’s most significant deals when it accepted a $2 billion contract to support the ambitions of the Metaverse. Epic games agreed to develop digital sports fan experience, terrains, and mechanisms to entertain its users. The amount of investments that have gone into building Virtual reality is astonishing. Fortunately, the payoff would be enormous. 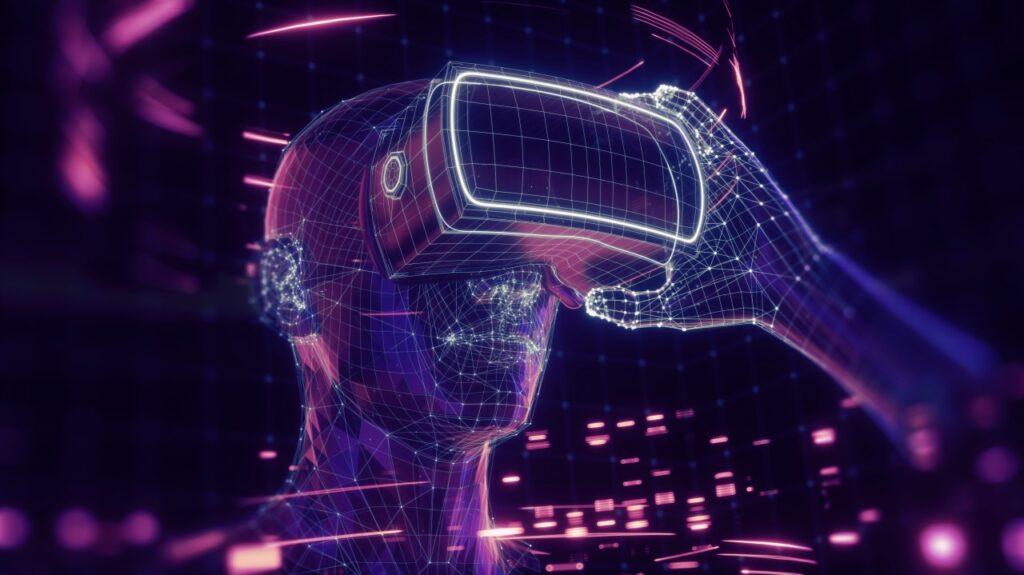 Also, Read Tamadoge: An underdog altcoin stays afloat due to its rudimental alignment with ‘legendary’ coins.

Metaverse has also seen the incorporation of other technologies to improve its functionality. AI, blockchain technology and biometrics have revolutionized the user experience so much that their applicability has expanded.

Today, the Metaverse is low branching off as entertainment for users to be educative.

The Metaverse now provides learners with a real-time environment for training them. During the Covid pandemic, it was made clear that online education was a must, and despite the efforts, Web2 made it appear insufficient. Thus, using the Metaverse to provide practical use cases allowed for a more elaborate learning environment. It enabled users to train under the right conditions simulating what actual work looks like—a feat unattainable without AI computational speeds and Blockchain’s decentralized nature allowing efficiency.

Also, Read The Metaverse and AI A bread and the butter relationship.

Africa has also made significant progress in the Metaverse. Africarare, the first African Metaverse, was finally launched this year, opening doors to endless possibilities. Africa’s crypto and NFT ecosystem thrived upon its launch. It provided the necessary platform for individuals, innovators and artists to come together and share ideas and concepts. Crypto also managed to thrive within its ecosystem as Ubuntu token, Africarare accepted the native cryptocurrency of Ubuntu Land.

If you were keen, you would notice that all three aspects of Web3 are intertwined. Crypto, NFT and the Metaverse are all independently efficient and can function in separate domains but, when put together, creates something spectacular. Metaverse provides a virtual environment akin to the real world, while cryptocurrency is the financial structure it requires. NFT created the aspect of ownership within the virtual world.

Also, Read Does Africa depend on Web3 or does Web3 owe Africa a great deal?

This aspect allows users to own and prevent duplication and fraud, a common demerit of Web2. When each aspect plays a crucial role, blockchain technology adds the final touch by incorporating a sense of authority to each user Web3 fully manifests. Despite this vision, it did have its downsides.

2022 showed us that we must fully understand blockchain technology to implement Web3 properly to avoid disaster and ruin. Each aspect of Web3 has had its ups and downs, some more than others, but its practicability is proven. Many claims that 2022 was a test run of the first application of Web3, and 2023 will be a year of improving upon its finding. Will Web3 come out of its recent losing streak and emerge victorious? This a question best answered on December 2023.