Sarafu Network shows the impact digital currencies have in an economy

Sarafu Network is a blockchain project that has proven that digital currencies, when applied correctly, can effectively improve a small economy

The Kenyan Crypto community is a well-known group throughout the crypto ecosystem. They are among the contributing reasons behind Africa’s grand “1200%” crypto adoption rate in the previous year. Due to this vast community, the blockchain network in Kenya has also had a steady incline. In addition, the application of digital currencies has also improved within the Kenyan ecosystem. The Sarafu Network, a Community Inclusion Currency, is an upcoming blockchain network, yet only a few outside the country know of its numerous benefits.

The Inspiration Behind the Sarafu Network.

Africa’s ecosystem has had a long-standing record of neglect and turmoil. For years technology had a slow pace within Africa, resulting in a massive gap between the well-off individual and the struggling majority. The financial gap was evident across multiple African countries, and many communities lived in a state of deprivation. One of the ley problems was the need for proper circulation of finances. 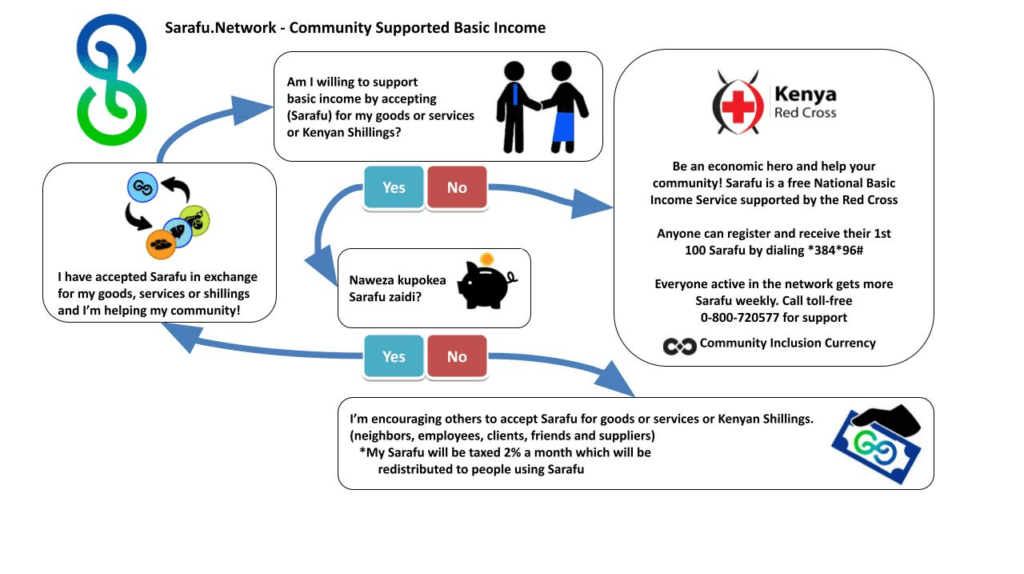 Within a single community, there are multiple skill sets; farmers, shopkeepers, builders, teachers etc. Each has an individual role, but society has only glorified the few professions in the world, shadowing the various “minute” occupations essential in daily livelihood. Due to this stigmatization, many nations’ financial services focused on wealthy individuals, leaving behind a majority of the citizens needing help to make ends meet.

Thus when developers finally introduced blockchain networks in Kenya, a new occupation was born; the crypto trader. However, more was needed to cater to those who needed more education t handle the complex nature of the various applications of digital currencies.

Thus the concept of Community Inclusion Currency was created by GrassrootsEconomic. Will Ruddick, its founder, envisioned an ecosystem where every demographic in Kenya would access the same benefits the Kenyan Crypto Community languished. CIC proposed to solve this issue by acting as a medium of exchange that a select community can access. Thus Sarafu Network was born as the first Community Inclusion Currencies.

The Kenyan Crypto community is one of many groups that can benefit from blockchain networks in Kenya. CICs is a blockchain project that aims to create and circulate local credit systems complementary to national currency as a community-driven support network using simple features.

CIC is a unique application of digital currencies backed by the community’s productive capacity. Mutual credit network is another term for CICs because their participants effectively give each other credit. Since users only acquire the token inside the network, it creates a sense of value. It ensures users conduct business within the blockchain network. This ensures that profit and growth are experienced within the network rather than from third parties. 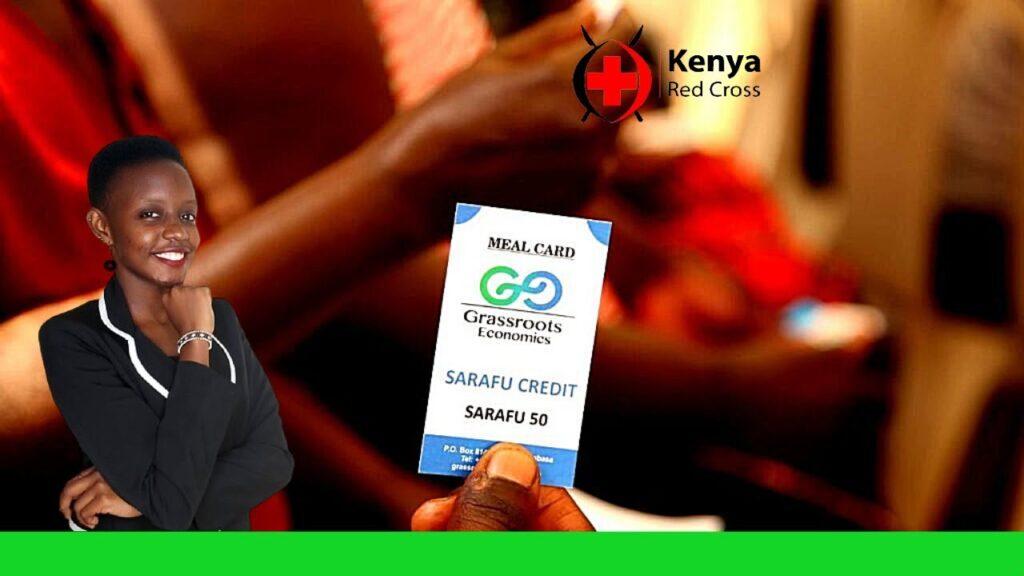 The Sarafu Network is the combined collaboration between Kenyan Red Cross, Danish Red Cross and the Grassroots Economic Foundation. This partnership led to one of the largest blockchain networks in Kenya that is purposefully trying to grow and improve local communities.

Like any other blockchain network, the Sarafu network also has its native crypto coins, the Sarafu tokens. When a set community or hub is selected, all goods and services are offered at the cost of Sarafu tokens. The Sarafu Networks runs on USSD, one of the most accessible forms of technology in Kenya. The blockchain network in Kenya utilizes USSD to complete the transaction; thus, all community members must register with the Sarafu Network through it. The process is very similar to Mpesa, the first application of digital currencies, whereby an individual dials in the USSD code and fills out various details on pop-ups.

Also, Read about the Decentralized internet in Africa.

The new users then declare their eligibility and can commence trading after awarded various sarafu tokens.

The dynamic of the entire transaction revolves around the users requesting some form of product or service from the receiver in exchange for some Sarafu tokens. It is a miniaturized Kenyan Crypto Community that exchanges goods and services using Community Inclusion currencies.

Due to the Sarafu Network’s distributed nature and various blockchain technology, its Community Inclusion Cirencies’ transaction records are immutable and secure. This effectively curbs fraud attempts or prevents users from saving excessive tokens. The primary aim of the Sarafu network is to aid the community, and consistent traders help the local community advance. As a result, this blockchain network in Kenya offers awards in various forms to such individuals.

How is Sarafu Network making a difference?

One of the primary objectives of the Sarafu Network is to test whether a marginalized Kenyan Crypto community would survive. Its blockchain technology has ensured that users are constantly progressing and trading to expand their goods and services.

Unlike other blockchain networks, this does not rely on digital devices or internet connectivity. This distinctively reduces the demerits faced by the various applications of digital currencies. Local communities already struggle with making ends meet, and a smartphone ad Internet is the least of their worries.

Another significant difference this Community Inclusion currency tries to achieve is the low transaction cost. The Kenyan crypto community suffers greatly from high transaction fees that can go as high as $100 for a single transaction. Sarafu’s small transaction costs are feasible within its target demography. Grassrooteconomics utilized the Bloxberg network to validate all transactions within the CIC network. This Ethereum-based blockchain network runs on a Proof-of-Authority consensus mechanism. The blockchain network offers free transactions as validators are a consortium of academic institutions.

In addition, Sarafu transactions are also traceable. This minimizes the various illegal activities that users can conduct with the token. Any shady or scam is easily detectable within this blockchain network.

Scalability is also another advantage of the Sarafu Network. The CICs network can quickly expand and accommodate various users. All they are required to do is to register. This last fact has led to the content expansion of the application of digital currencies. The Kenyan Red Cross has established the Sarafu Network in various areas, such as:

The masses readily accept blockchain networks in Kenya as an alternative to a crumbling centralized system. The Sarafu network has over 60,000 members with approximately Ksh 16 Million trading volumes.

The Kenyan Blockchain network is a new initiative, and more developers are entering the field. This is mainly due to the immense applications and benefits t has.

A Kilifi farmer moved with his harvest to a nearby restaurant around his area to sell his produce in exchange for Sarafu tokens. He stated that Sarafu is a good idea because it allows us to get fresh farm produce directly from the local neighbourhood.

Also, Read Crypto scammers are evolving with the new year.

Bitange Ndemo, a senior lecturer at the University of Nairobi, says the Kenyan Crypto Community has the potential to expand. By starting from within, we can spread the true potential of blockchain to other parts of Africa.

He stated that Community Inclusion Currencies allow communities to monetize resources in ways traditional means cannot. This blockchain network in Kenya allows users to benefit directly from their products which is far better than dealing with corporates directly.

There are numerous applications of digital currencies, and the Sarafu Network proved it. By condensing the Kenyan Crypto Community to a small scale, it has proven that directly benefiting from your hard work is possible. Soon enough, the exploitation from large corporates will cease as locals continue to grow with Sarfu Network.