The opportunity of blockchain and web 3.0 in Africa is immense and completely disconnected from geographical constraints

Developing web 3.0 skills is crucial for Africa, a continent with high unemployment rates. For instance, South Africa and Nigeria are hot spots for tech talent. More Africans need to participate in this process and build their own web3 solutions.

But how? Below are some tips. These technologies could transform the continent and create new jobs. But how do we get them? To get started, you need to understand the concepts behind these technologies.

Tim Berners-Lee, the inventor of the World Wide Web, published an article in Scientific American called The Semantic Web that discussed the concept of machine-readable information. The article covered the Internet of Things, personal assistants, and automation of information retrieval. He also outlined the possibilities of implementing the Semantic Web in Africa. For more information, read the article. If you haven’t read it yet, you should!

The Semantic Web is a type of web that uses machine-readable language to make searchable information on the Internet. This kind of technology is also known as Smart Data. Its use in Africa is growing at a rapid rate. Developing countries are already seeing the benefits of this technology.

Related: The future of blockchain and cryptocurrency in Africa

The technology can help in many ways, including improved collaboration between humans and machines. The use of the Semantic Web is essential in bringing change to Africa’s economic, social, and political landscape.

There are several pitfalls associated with the application of artificial intelligence (AI) in Africa. In many cases, it is used to foment ethnic tensions and attack emerging democratic institutions. In Zimbabwe, for example, Boko Haram supporters may use AI to fabricate inflammatory audio recordings to incite violence.

AI combined with popular social media platforms could allow such actors to operate more violently. These pitfalls are real, but there are ways to mitigate them.

While the internet has revolutionized the world, the continent has lagged behind in terms of technological advancement. The impact of web 2.0 and web 3.0 was not evenly distributed across the globe, particularly in Africa.

Africa, which has historically had limited access to internet infrastructure, must pay close attention to these technologies to get a leg up. Although suitable infrastructure already exists in the West and in parts of Asia, Africa has yet to reap the benefits of web3 on a grand scale. 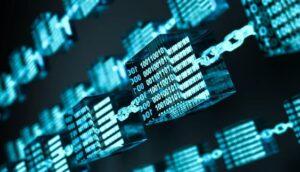 The opportunity of blockchain and web 3.0 in Africa is immense and completely disconnected from geographical constraints. [Photo/ Forbes]

The opportunity of blockchain and web 3.0 in Africa is immense and completely disconnected from geographical constraints. The continent boasts the second-largest market for bitcoin in the world.

The African continent also faces a high level of unemployment, with unemployed tech talent in short supply. This is why governments are required to ensure the development of a standardised industry and safeguard vulnerable users. In the past, Africa’s internet ecosystem was fragmented among several stakeholders who did not coordinate and compete to build a sustainable infrastructure. The result was chaos and the loss of vital assets.

The future of the Internet lies in ubiquity, the ability to be everywhere at once. For example, using Facebook, you can share images with others instantly. Anybody with a Facebook account can access your images. This new era of web accessibility will expand to include all kinds of internet-connected devices, from smartphones to cars. Eventually, everyone will have the ability to access the Internet, regardless of where they live.

While the concept of Web 3.0 is not new, the idea was first formulated by Tim Berners-Lee, computer scientist Ora Lassila, and AI researcher James Alexander Hendler. In 2013, 4 million web domains contained semantic markup, a system for conveying meaningful content. By 2023, this technology will be widespread, allowing people to connect seamlessly with data from any device.

The NFTfi web 3.0 platform in South Africa aims to solve a major financial problem on the continent, which is how to turn cryptocurrency into cash.

The NFTfi system lets Africans use their cryptocurrency assets as collateral for a loan. Using the NFT as collateral for a loan solves one of the continent’s biggest problems, including financial insecurity. Founded in February 2020, the crypto lending platform has recently raised $5 million in seed funding. The fund was led by early-stage crypto fund 1kx and included Sound Ventures and other investors.

The web 3.0 opportunity is decentralized, and it is global in scope. This means that it transcends the boundaries of geography and presents massive opportunities for young Africans and businesses.

Related: How Blockchain Technology Could Help Energy Transitions in Africa