In a press conference on May 19, Gerry Rice, the spokesperson of the IMF, stated that the organization are in continuous talks with El Salvador on fiscal issues. In addition, the IMF has included their assistance in the compilation of statistics about the use of Bitcoin

In January 2022, the International Monetary Fund asked El Salvador to reverse its decision to make bitcoin a legal tender. The decision to legalize bitcoin transactions in the country had aroused fear that it would bring instability and inflation to the impoverished Latin American country.

The international lender cautioned El Salvador that it would be difficult for the country to get a loan from them. IMF went ahead to warn President Nayib Bukele of the risks and uncertainties of cryptocurrencies. In retrospect, bitcoin has lost over half its value since it hit its highest in November 2021.

However, President Bukele has shown a high level of persistence in pushing for bitcoin’s success. This month, he held a meeting with 44 countries to discuss on benefits of adopting bitcoin as a legal currency.

Related: How bitcoin is advancing the human race

As a result of Bukele’s persistence, The IMF have revised their stand towards El Salvador and bitcoin adoption. Last week, the bank mentioned it would provide technical assistance to the country in several ways. Gerry Rice, a spokesperson for the IMF, says that the organization is having talks with the Salvadoran government about taxation and money laundering matters, among other issues that the IMF had raised against the move by President Bukele.

In a press conference on May 19, Gerry Rice, the spokesperson of the IMF, stated that the organization continues in talks with El Salvador on fiscal issues. In addition, the IMF has included their assistance in the compilation of statistics about the use of Bitcoin.

“The IMF staff and Salvadoran authorities continue to hold regular conversations on the critical issues that our Executive Board emphasized in January of this year,” Gerry said. 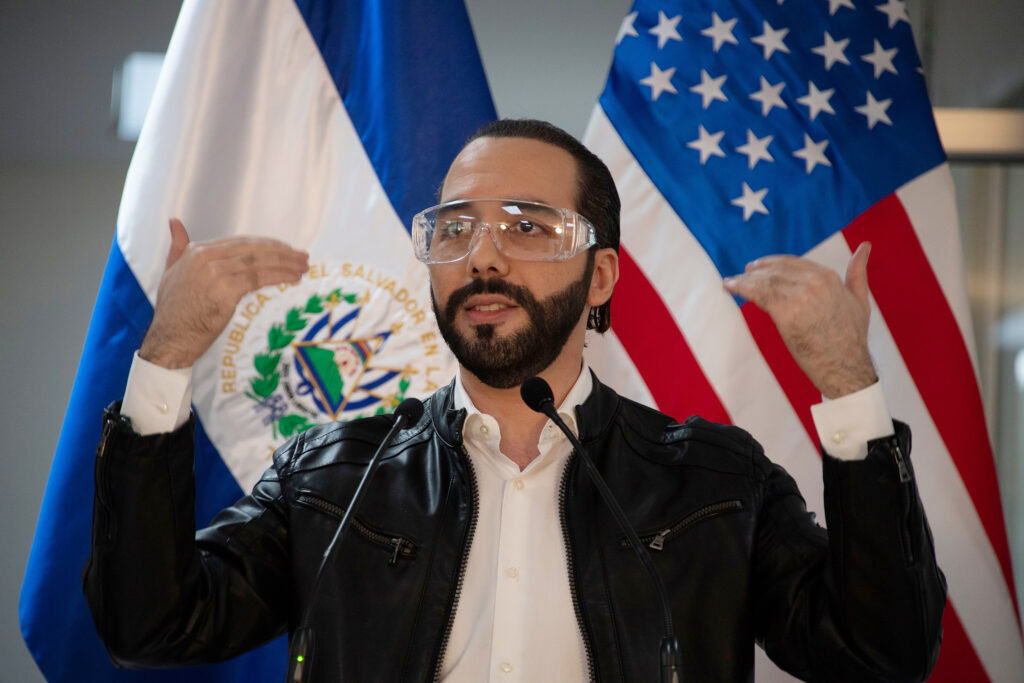 “It is part of the ongoing discussions, including the progress of the authorities in collecting statistics on the use of Bitcoin and other information related to the adoption of Bitcoin as legal tender in El Salvador. Therefore, we provide technical assistance on this topic, the compilation of the use of Bitcoin,” he added.

Related: The fall of bitcoin adoption in the Central African Republic

Despite the IMF warning that the decision made by approving the Bitcoin Law in El Salvador might pose stability risks, the country has stuck to its course.

To dismiss his critics, President Nayib Bukele has bought over 2,301 Bitcoin. On May 9, he bought 500 Bitcoins despite the crypto crash that has persisted over this year. The total purchase costs about US$104 million that he has taken for it from public funds. To date, El Salvador has lost over US$36 million due to the fall in the value of Bitcoin.

Why the IMF is helping El Salvador

Gerry Rice specified the purpose of the ongoing talks. In the conference, he mentioned tax, money laundering, and providing technical help to the government regarding bitcoin adoption statistics.

“The discussions are ongoing, including the authorities’ advancement in the collection of statistics on the use of bitcoin and other information related to the adoption of bitcoin as legal tender in El Salvador,” Gerry clarified. “We provide technical assistance on this topic.”

However, Gerry did not specify how the IMF was providing help to quantify the use of bitcoin in the country.

According to an El Salvador media outlet, the talks between the IMF and El Salvador could contribute to closing a US$1.3 billion deal to order the country’s finances. Additionally, the international organization asked the country to tighten its policies on several subjects. They include the fight against money laundering, fiscal transparency, accountability in the devolving of public funds, and strengthening the anti-corruption framework.

Related: Bitcoin fixing unemployment among the youth in Africa

The Lightning Network: A critical tool to the success of crypto in Africa