Marcus Dukes, an expert in the financial sector industry, has come up with a platform, The Humanity Node Protocol, that addresses the basic needs of African communities through blockchain technology

Blockchain is penetrating every sector in Africa, including health, governance, agriculture, and data storage, among many others. But as blockchain technology advances, it misses a crucial role of society; the provision of the basic humanitarian needs of the ordinary citizen.

Over the years, technology has tried to address the complex societal issues bypassing African people’s day-to-day problems, such as poverty.

The United Nations reports that over 25 million people in West Africa struggle to meet their basic needs.

However, Marcus Dukes, an American financial services veteran, has come up with an innovative way to address the needs of African communities using blockchain technology: The Humanity Node Protocol.

This platform pays its members in cryptocurrencies for doing simple community tasks while reducing the poverty rate in Sub-Saharan Africa. The Humanity Protocol started in 2019 and currently has over 100,000 community members. Web3Africa hosts Marcus to explain more about the Humanity Node Protocol platform.

Web3africa: Tell us a little about yourself and why you chose Africa

Marcus Dukes: I have been in the financial services industry for 25 years, mostly providing strategic advice to small and medium-sized companies, from initial startup capital raising to IPOs on exchanges worldwide. My focus has been on helping startups in seeking funding and project implementation. But over the years, I started to consider two recurring themes which had links to Africa. Firstly, the West creates many technologies, most of which are never deployed. Over $100 billion is spent annually, funding startups in the US alone. Why not see if some of these technologies could be brought to Africa to jumpstart existing early-stage African businesses.

Secondly, I knew that blockchain could help the continent leapfrog outdated financial platforms that were not working for Africans, but I had to come here to see for myself how this could happen.

So, the starting point was to create a blockchain network accessible to everyone. We did that by creating a concept called Personal Natural Resources (PNR).

Personal Natural Resources are things that every person on the planet can access, whatever skill you have and in whatever area. A person’s skill, time, ambassadorship, network and data make up their PNR. So we looked at ways in which we could help people monetize their PNR. Poor people’s time, we believe, is the most undervalued and underutilized asset on the planet. Just creating a system to unlock and monetize those billions of available hours creates the basis for a new trillion-dollar decentralized economy. The unique part of our blockchain program was that anybody is able to monetize their Personal Natural Resources, get paid in cryptocurrencies, and use that currency to improve their lives.

As soon as we started the project, it was immediately apparent that there was going to be a huge demand in Africa. We started our program in Nigeria, West Africa, in 2019. The initial concept was to allow a small group of people to perform some basic community tasks and get paid in the form of crypto.

We initially created a wide variety of tasks that we would allow the community to complete when we started. However, we soon realized that we had to narrow them down considerably. We ended up deciding on six basic tasks so that the tasks could be applicable and verified on a blockchain network. Our six main tasks are recruiting, creating content, sharing content, coaching people about blockchain, verifying identity and grading other people’s tasks.

All these tasks were paid in the form of crypto. Our members had three options to receive their payment: invest, sell or donate their crypto. If someone chose to invest, we would match it with an additional crypto coin to incentivize saving.

However, if someone wanted to sell the token, they could sell it to the company and get Fiat currency. A  second version offered the payments through an Ethereum based coin until the gas fees for Ethereum went over the roof. You can’t have $3 tasks being charged a gas fee of over $28 doesn’t make sense, right?

With the Ethereum gas fee increases, we moved to a binance smart chain coin and then finally to our present-day model known as the Humanity Equity token, which represents equity in humanity as a company.

The humanity equity token is called HMN.EQ and was launched on the Red Matter Capital platform. On the Binance Smart Chain, the token is listed as HMN.BEQ and traded on Pancakeswap.

The humanity token has a maximum supply of 61,309,023 tokens. More than half of the tokens are set aside to be earned by community members for performing tasks.

Web3africa: How many members have already subscribed to the humanity node protocol as a platform?

Marcus: The humanity platform already has 100,000 people on the project. We are spreading our network to Ghana, Uganda, and Kenya, among other countries in Africa. 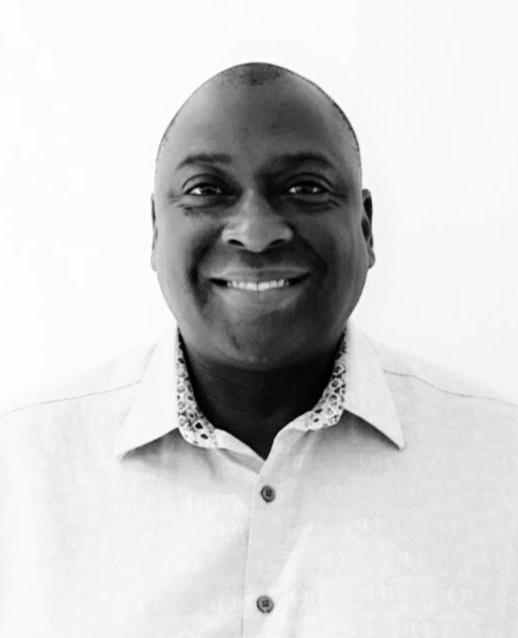 Web3africa: How does the humanity platform intend to incorporate NFTs in the African Market?

Marcus: We look at NFTs differently. We recognize African art’s value and want to help African artists realize markets where they can sell their work globally. We think that African art is one of the ways in which Africa can monetize the global love of their culture through the blockchain. We see the NFT market as something better that goes well beyond art into real estate, business ownership, startups and many other areas.

For example, Humanity Node Protocol, through a majority-owned subsidiary NFTPROS, is using NFTs and NFT technology to create startup teams and allow those teams to compete for funding of up to $1,000,000. NFTs are a great way to track ownership of not only the startup but the contributors of intellectual property to the startup as well.

Related: How Blockchain Technology Could Help Energy Transitions in Africa

Do you think the African youth have the right mentality and knowledge to implement blockchain and create their startups?

M: Africa, in general, has ingenuity and resourcefulness. While the technology ecosystems are growing in places like Nigeria and Kenya, there is something we all know as leapfrogging, which is what has been happening in many major industrial hubs across the continent.

For us, within our Humanity Network,  our ambition is to launch over 10,000 startups. Essentially these are new innovations created by Africans, utilizing blockchain technology that seek to solve problems they themselves face. Many of these problems are similar and are those that are impacting humankind across the continent and the globe.

The beauty is that we have models to teach people about the Startup world and blockchain technology. We believe that many startups around blockchain that will be used worldwide will first stem from Africa, created by Africans.

If you look at any statistic, Africa is adopting crypto and blockchain faster than any other place. The success of these two technologies in Africa is because it’s a matter of necessity and their proximity to the problems they want to solve.

M: Africans will end up creating blockchain companies just as fast as they are adopting cryptocurrencies. To accelerate the African startup wave further, Humanity Node Protocol has partnered with The Exchange to create the African Startup League, an annual startup competition aimed at funding 10,000 sustainable new startups that solve real-world problems in Africa.

There has been a lot of fear around crypto and blockchain because of the recent crash. Has it affected your operation in any way?

M: For us, we know that every crypto or stock market goes up and down, and that’s just part of the process. But ultimately, we believe that the crash is a positive for blockchain technology because the crash forces all the protocols to go back to fundamentals. The crash eventually ends up wiping out all cryptocurrencies and blockchain projects that are not serious.

The crash has also put the limelight on projects that perform well and have real utility. Our Humanity Node Protol falls under that category.

The humanity platform already has 100,000 people on the project. The crash also helps investors avoid speculative investments and focus on quality investments.

There has been a push and pull between the government and crypto companies in the African Continent. How has that been for you?

M: We started our operations in Nigeria, and actually, the government got to a point where it made it very difficult for crypto companies to operate. They blocked bank accounts linked to engagement in crypto, making it dangerous to operate in the country. We have had to navigate through these times. But we feel like this is just part of the regulatory process.

With any new technology and new financial products, it takes time before the larger population gets comfortable using them. We have been able to weather the storm, and as you can see, Nigeria is becoming friendly. Recently they have launched their eNaira, which works under blockchain technology.

In conclusion, we believe that blockchain and cryptocurrencies are inevitable and will be available in every country worldwide. We also believe that, regulation can be a good thing provided that it comes from the perspective of protecting the little guy rather than blocking competition and maintaining the status quo. On that basis, we look forward to working with governments and regulators across the continent to ensure that our project is on the right side of any regulatory changes.

Is the humanity token available to be traded by anyone across the globe?

The fall of bitcoin adoption in the Central African Republic

Given use case, Diminutive Coin (https://diminutivecoin.com) has the potential to take Bitcoin itself. With only 200k coins max supply it has already passed $1 mark. Imagine DIMI with use case – only sky is the limit. Join their official Discord server at https://discord.gg/DvD7CC48TD.

Great article and a game changer for innovators in Africa. Definitely going to be a massive role player in African talent being showcased globally and claiming its rightful place.