Individual African countries cannot devise a worldwide plan to foresee the growth of private transnational digital currencies amidst crypto regulation needs because of their small economies.

Many individuals now understand that cryptos have the ability to transform the African financial system entirely. After a bumpy start in the mainstream, cryptocurrencies have gained popularity. In 2018, the rise in speculative investing prompted regulatory crackdowns.

The crackdowns sparked a market reaction, slowing the sector’s expansion. As a result of the response, crypto’s potential beneficial contribution to financial innovation via the underlying blockchain technology was initially hampered.

The transactions revolution has seen 60 per cent of the world’s mobile money transit through Africa-based and led payments companies. As such, a rush to grab the African crypto market has coincided with a surge in investor interest in cryptocurrency.

Some African governments, such as Seychelles, have effectively aligned themselves as global crypto hubs. Along Zug lines in Switzerland, Malta subsea island territories, Gibraltar, Jersey, and the Caymans, these governments have found friendly regulatory regimes for blockchains and cryptocurrency in a tax-neutral setting.

Cryptocurrency offers a new more efficient and cost-effective investment option.  The asset attracts liquidity worldwide and has emerged as the future method of pursuing investment returns. These new exchanges will attract money-seeking yield as they comply with appropriate standards and gain trust.

In Africa, some governments seem to misunderstand cryptocurrency completely. The misunderstanding stems from the fact that Crypto entered the market as a payment mechanism rather than a currency. Because of the prevailing challenges, some people have asked central banks to step in and enhance crypto regulation.

Internet access and awareness creation on these new financial assets can unlock the crypto’s full potential. The investors get a chance to manage their respective portfolios and transact without relying on intermediaries or the exorbitant expenses of listing on traditional stock markets.

The crypto market’s future development will require substantially greater involvement from central banks. As a result, central banks must get more active. Governments should also take an open approach to the crypto economy, which will help with adequate crypto regulation.

An outlook into the CBDCs adoption

Investors, banks, and consumers all have an interest in the impacts of increased government participation in the digital payment market. Various African governments have initiated plans to develop government-controlled cryptocurrencies, often known as central bank digital currencies. The plans have materialised in the middle of a fintech boom that has seen an increase in investments in African firms (CBDCs).

However, African governments’ efforts to create digital payments at the consumer level have generally failed. Ghana’s eZwich was heralded as the world’s first central bank-created digital money. However, eZwich now has less than 10 per cent population coverage and a 91 per cent yearly fall in use for transactions. Kenya’s Huduma Card performed marginally better.  The card achieved 12.5 per cent population coverage (more than 40 per cent of issued cards remain uncollected).

Unfortunately, the national crypto initiatives launched in 2018 appear to follow the historical script of making the government the people’s digital banker. The failure of E-Dinar in Tunisia, following its promising 2015 debut, and the failure of Senegal’s eCFA should have demonstrated that African governments perform considerably better at connecting than serving.

The lessons of Ghana’s eZwich, Kenya’s Huduma Card, and Botswana’s Poso Card did little to dampen the Central Bank of Nigeria’s e-Naira consumer-payments ambitions. The ignorance serves as a reminder that, once again, cross-border learning in Africa is lacking. Even after having a terrible launch, the e-Naira remains a retail wallet for the people.

The most compelling argument for government-built consumer wallets lies in the concept of financial inclusion and banking for the unbanked. As early as 1987, philosophers such as James Tobin viewed the question of government-enabled universal banking as a technological challenge.

The argument’s variants have continued to evolve. They now contain twists like the concern that if the government does not intervene, the digitisation of money will entail privatisation since currency will be reduced to electronic entries in corporate-controlled digital wallets.

The expansion of direct cash transfers to modernise the welfare state, which foreign NGOs and foundations have strongly supported, possibly requires government control over the retail end of disbursements.

A careful examination reveals, however, that many private providers are eager to compete and serve as government vendors. The notion that government intervention would be the only strategy to enhance policy is as quaint as the perception in certain Canadian provinces that controlled gambling only remains sensible when the state owns the casinos.

The globalisation of digital finance

One intriguing aspect of money privatisation is the link between monetary digitisation and financial globalisation. The enterprise-level bank-to-bank and payment system connection networks that African governments appear to have managed effectively on the general occasionally span national borders, increasing the space for private fintech innovation.

Senegal’s wave grew to about 5 million subscribers, thanks partly to the networking of national payment switches by central banks and commercial banks across French-speaking Africa.

The Swedish government is currently pondering how digitisation may be the only way to save its low-volume, confined currency, the Krona, from devastation by private equity transnational virtual currencies ( such as stablecoins). Consequently, the fate of many African fiat currencies comes to light. Since Sweden’s GDP is roughly equal to that of West Africa’s 15 nations combined, fears of exclusion due to private transnational wallet operators monopolising the digital currency supply struck a sensitive nerve in Africa. 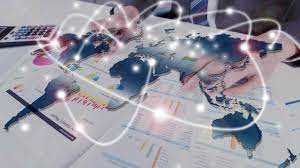 One intriguing aspect of money privatisation is the link between monetary digitisation and financial globalisation. [Photo/toyokeizai]

The measurable gains central banks may reap in their pursuit of more control over the fintech ecosystem are called “digital seigniorage.” The crucial point here is not to claim that governments and central banks wish to generate e-money to compensate for the losses that would occur from a shift from fiat money, which they currently control totally, to digital wallets held by the private sector. Instead, it captures all monetary benefits that a government anticipates from managing e-money issuance and circulation at numerous levels of the financial system, from the interbank domain to the retail-consumer end.

Central banks in Africa, in turn, control enterprise-level payment infrastructure and settlement systems, hence dominating domestic payment networks in their respective nations. So far, this power balance has held extremely well. Cryptocurrencies and their substantial abridgement of settlement systems respect jurisdictional borders. However, the rise threatens to mix the domestic and foreign domains, upsetting this balance.

Like many others worldwide, African central banks have primarily responded by outlawing cryptocurrency. They are preemptively going farther into the retail-consumer end with universal digital currencies, possibly upsetting the power balance to their advantage.

The risks associated with CBDCs

Decisions made by governments, such as those made by Ghana and Nigeria, to employ systems created by foreign vendors—with minimal involvement from other domestic fintech networks—also imply that any security problem will prove systemic and challenging to uncover and rectify.

Due to the multitude of banking and payment system linkages, suppliers, protocols, and cyber security procedures, the incumbent regime remains particularly resistant to CBDC disruption.

In addition, the developing African digital currency system stands purposely protected from security research and criticism since the central banks refuse to reveal specific architectural blueprints for independent evaluation. For instance, the Ghanaian banking association denies knowledge of the CBDC program (the “e-Cedi”) from the Ghanaian Central Bank.

Bracing for the globalisation of financial technology

The associated risks of CBDCs might be mitigated by redistributing the power between central banks and other financial institutions on a regional basis. Commercial bank digital wallets can reduce the expenses associated with correspondent banking networks and further facilitate cross-border commerce in Africa. The wallets can restrict the attention of central banks to the interbank and B2B payment ecosystems, which central banks have historically managed efficiently. Every actor—public and private—does what it does best in such a model.

Regional ecosystems can find ground in the recent establishment of the Pan-African Payment and Settlement System (PAPSS) platform. When it comes to making PAPSS function, the argument turns from minor disputes between central banks and commercial banks for influence in structuring consumer payments to the broader existential issue of marginalisation in the face of digital financial globalisation.

Individual African countries cannot devise a worldwide plan to foresee the growth of private transnational digital currencies amidst crypto regulation needs because of their small economies.

Regarding digital currency, the AfCFTA provides the required framework for African central banks to align their crypto regulation efforts with the geostrategic aims of regional economic integration rather than domestic paternalism. AfCFTA also gives African countries the impetus to construct defensive and exploratory mechanisms.