Crypto will serve as a hedge against inflation after it achieves mass adoption and establishes its fundamentals.

With time, blockchain technologies will improve, resulting in increased stability and the use of crypto as a hedge against inflation.

Cryptocurrency has evolved as a convenient way to make money. Because of its spectacular rise in 2021, many investors have turned to cryptocurrencies. However, a slump in value that started in late 2021 and continued into this year sparked fresh concerns about crypto stability.

Cryptocurrency has a significant correlation with inflation, in the sense that as price pressures rise, so will cryptos. Notably, to outperform inflation, a purchase’s performance must be consistent. Consequently, the current cryptocurrency sell-off remains directly associated with growing inflation rates.

One of the key assertions of cryptocurrency advocates is that it acts as a hedge against inflation and central bank policies on fiat currencies such as the US dollar.

Due to the high returns provided by digital currencies, investors have flocked to crypto rather than conventional and alternative assets such as gold. However, recent instability in the crypto market has caused concern among many investors.

Given the absence of a central controlling bank, cryptocurrencies provide a one-of-a-kind answer. Since crypto has a limited supply, its value inevitably rises. People who use blockchains with proof-of-stake protocols may access their cash at any moment while collecting staking rewards on their current balance.

This implies that the yearly percentage return’s actual value links to the chain’s economic activity through its treasury and staking reward distribution algorithms. These characteristics seem to address the source of inflation in conventional monetary systems – yet particular challenges remain.

Most bitcoin holders recognize such technologies’ future potential, meaning that a portion of their worth does not already exist. They are risky investments. Bitcoin has achieved decentralization. However, its exorbitantly high energy costs remain ignored, and the vast bulk of mining efforts still get aggregated into a dozen mining pools.

Ethereum suffers similar challenges in energy use and mining pool centralization. Ethereum also has a security issue; this year, hackers and scammers stole more than $1.2 billion from its blockchain.

These challenges will get solutions in the long run. Several third-generation blockchains are directly addressing energy consumption, and decentralization and privacy will become better. Crypto holders are coming to terms with the fact that their wallets will always be completely traceable. This has enticed new users who were previously sceptical of blockchain’s hyper-transparency.

Furthermore, efforts attempting to combine conventional finance’s mathematical rigour with the inherent characteristics of bitcoin are addressing the issue of DEX inefficiencies.

Before cryptocurrency can act as a hedge against inflation, it must gain widespread adoption and integration. In an environment that strives to establish its underpinnings, cryptocurrency has hallmarks of future worth.

The crypto economy is still waiting for apps that will fully use decentralization while maintaining quality and experience, which is particularly vital for mass adoption. A payment system in which each transaction costs $5 and the traded value often gets lost proves impractical.

Crypto will remain a growth stock until the significant cryptocurrencies become effective for real-world payments and decentralized apps deliver a comparable degree of usefulness as centralized systems. 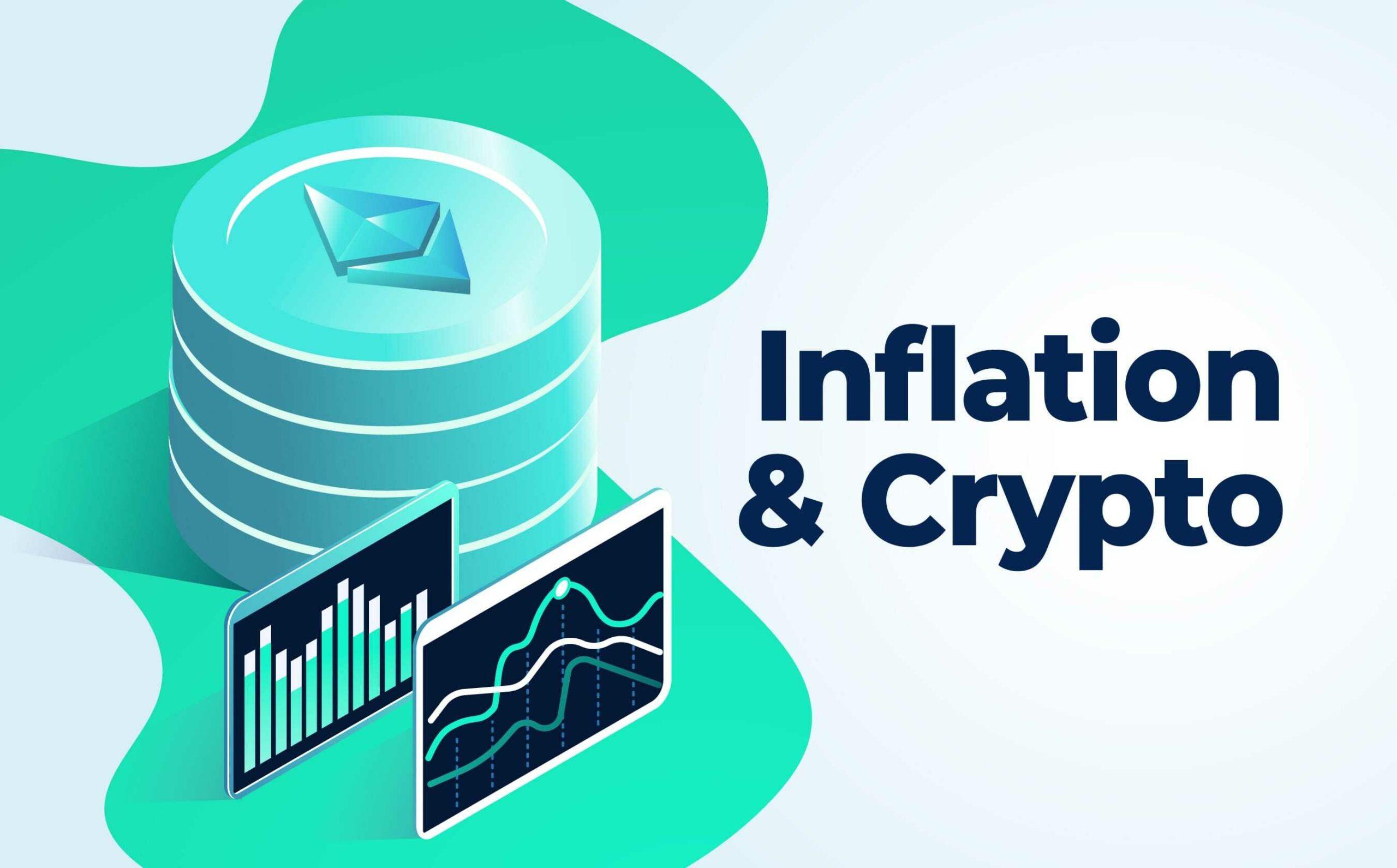 According to the International Monetary Fund (IMF), inflation is often a broad measure that may provide a clear view of a nation’s cost of living. It may, however, get calculated more accurately for specific commodities or services, like meals.

Inflation stems from widespread mistrust of the central monetary system. This lack of trust, corporate price gouging, the turmoil generated by pandemic relief packages, and substantial supply chain interruptions (exacerbated partly by the conflict in Ukraine) have led to the present situation.

In terms of presence, the availability of money is not a major concern for a store-of-value currency. What is stored is not always included in the circulating supply. Gold, for example, exists in vast quantities in jewellery, gold, and other forms. However, these forms represent much lower quantities on the commodities market.

A market with the world’s mined gold would have completely different pricing. Because these jewellery and gold are not exchanged on the market, the supply-and-demand curve is unaffected. The same case applies to money.

Inflation causes people to lose faith in an asset’s ability to hold its value over time. Most things in this world come in limited forms. As such, any party aware of the increased supply but unaware of the monetary policy will immediately include it in their pricing. Consequently, inflation becomes a self-fulfilling prophecy, providing bitcoin users and adopters an advantage.

During severe volatility and market uncertainty periods, cryptocurrencies fail as an inflation hedge. However, they often outperform the market in sustained growth settings when their modest market capitalization compared to fiat currencies works in their favour as a growth stock.

Current utility remedies are not feasible because of their speculative nature and low transaction volumes. The failure of financially unsound blockchains impacts the whole ecosystem, which means fraudsters constantly disrupt possible long-term solutions.

The more diligent and responsible the crypto community gets, the more every solid protocol will benefit. Then, crypto will become a true inflation hedge. Cryptocurrencies now follow growth stock trends. They serve as a reliable inflation hedge during sustained growth but fail during times of financial catastrophe. Crypto will become a solid hedge during these downturns as it matures.

During market turmoil, experts recommend the application of caution when it comes to crypto investing. Utilizing crypto as the only method for protecting assets from inflation would be imprudent. With time, blockchain technologies will improve, resulting in increased stability and the use of crypto as a hedge against inflation. The equipment is already in place.

Read: Cryptocurrency: digital assets no longer viewed as a hedge against