Blockchain in Africa is no new concept. The continent is finally beginning to curve its unique place within web3, blockchain, DeFi and even crypto. The increased crypto adoption rate has left everyone in awe, as it has hit 1200% since the introduction of blockchain to its borders.

The socio-economic growth is evident as various African countries have gone as far as developing their digital currency. This new wave has birthed various DeFi-based industries that have sought to escalate the ongoing digital revolution of Africa.

Companies such as Yellow Card, Pezesha and even Chipper Cash have each taken the necessary initiative to promote their countries and interconnect Africa. With unity, we can fully realize the potential this great continent has. Day in and day out, you’ll often hear of these marvellous Defi organizations taking the next step. Of them cracking down on milestones, have you ever wondered about the face behind them?

Below are the few African blockchain innovators who have raised their companies to heights they couldn’t believe at the beginning of their journey.

This Kenyan entrepreneur has had a life marked by the intent and drives to promote and aid struggling individuals in their endeavours to acquire the necessary funds for their businesses. At an early age, she was always goal-oriented, as Pezesha was not her first successful business. 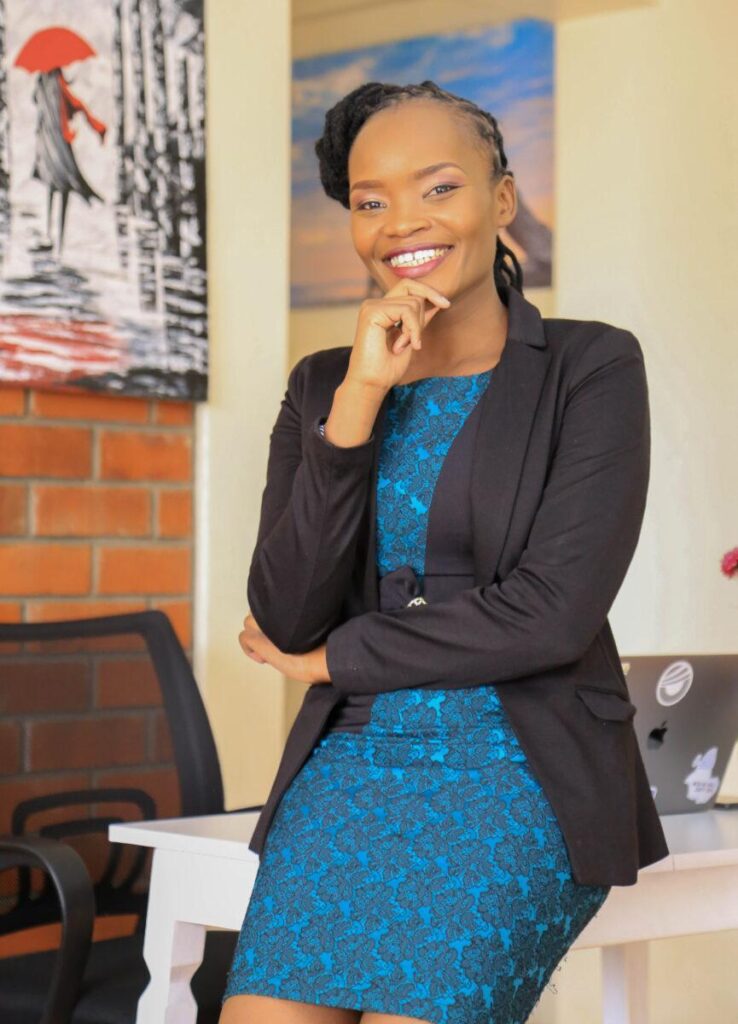 Hilda moraa, CEO of Pezesha and one of the most talented minds in applying blockchain, Defi in Africa, to promote it.[Photo/ABOCDirect]

She started Weza Tele, a mobile solution firm in distribution, supply and financial services. While working as a data analyst for a large global beverage and distribution company, this idea came to her. The innovation behind it did not go unrecognized, as Weza Tele won the top prize at the 2011 Mobile Bootcamp. It later sold for Ksh 166 million, all at the young age of 26.

The rest of her life was marked with set goals since she had a clear picture of where she had to go and what she had to do. This was evident since she later declined an offer to join Oxford University and is currently working for google to pursue more of her startup ideas.

In 2017 another multimillion-dollar idea came to her in the form of a DeFi-based company, Pezesha. Blockchain technology is its core concept. At the time, she had the means, connection and infrastructure to start what is known as a leading blockchain industry in Africa, by Africa, for Africa.

In just 18 months of operation, she and her team attained a 50% customer growth monthly. This proved that her mission to empower businesses all over Africa was valid. Making an impact on Africa’s economy is the sole reason why this African blockchain innovator deserves the spotlight.

Ham Serunjogi is the CEO and co-founder of one of the most used cross-border payment services, ChipperCash. The story behind how he was inspired to start this blockchain-based startup is filled with good luck, the right timing and the right people.

Chipper Cash’s innovation came to fruition when the founders coincidentally became friends while studying at Grinnel College, Iowa, in 2012.

Ham Serunjogi grew up in Uganda and was a natural-born athlete. This innate talent landed him in various places that helped shape his personality and interest. After graduating, he received a scholarship to the united states, where he met his fellow co-founder Maijid Moujaled.

This African blockchain innovator began designing various applications and software in line to ensure privacy with the rising technological concerns. All this was before he even stumbled upon the concept of blockchain technology and crypto trading. He later landed various jobs and continued growing his ingenuity and creativity. During a road trip in 2016 with his co-founder, they began discussing the concepts of DeFi and dived into the various applications of blockchain technology. During that discussion, they realized Africa’s struggles in sending money and how the idea of DeFi and blockchain would quickly mitigate this issue. This is where the first iteration of Chipper cash was born.

It was until 2018, 2 years later, that Ham pitched the idea at the annual Stellar Build Challenge, a startup contest. His creativity and the alternate vision of a variation of crypto trading sparked the interests of investors. He earned a $100000 prize and the attention of venture capital investors.

One such investor was Designs Capital which made a $2.4 million seed investment. This win kickstarted the epic journey of ChipperCash as one of the leading Defi-based startups in Africa. All thanks to the mind of an African blockchain innovator who decided to address the financial issues that plagued this great continent.

Atsu Davoh is not your typical CEO, the hard-looking, goal-oriented and talented African blockchain innovator as the previous two. When Atsu Davoh first began his journey to create BitSika, he didn’t even realize it.

University and education were not his best attributes since he dropped out of university and turned to code full-time.

He first envisioned his life as an entrepreneur who would end up opening a tech-based company. Unfortunately, his start was as rocky as it gets, 10 of his project failed, and in most cases, people tend to give up after the 6th or 7th attempt. Little did he know all his failures were creating the very blueprints of Bitsika. 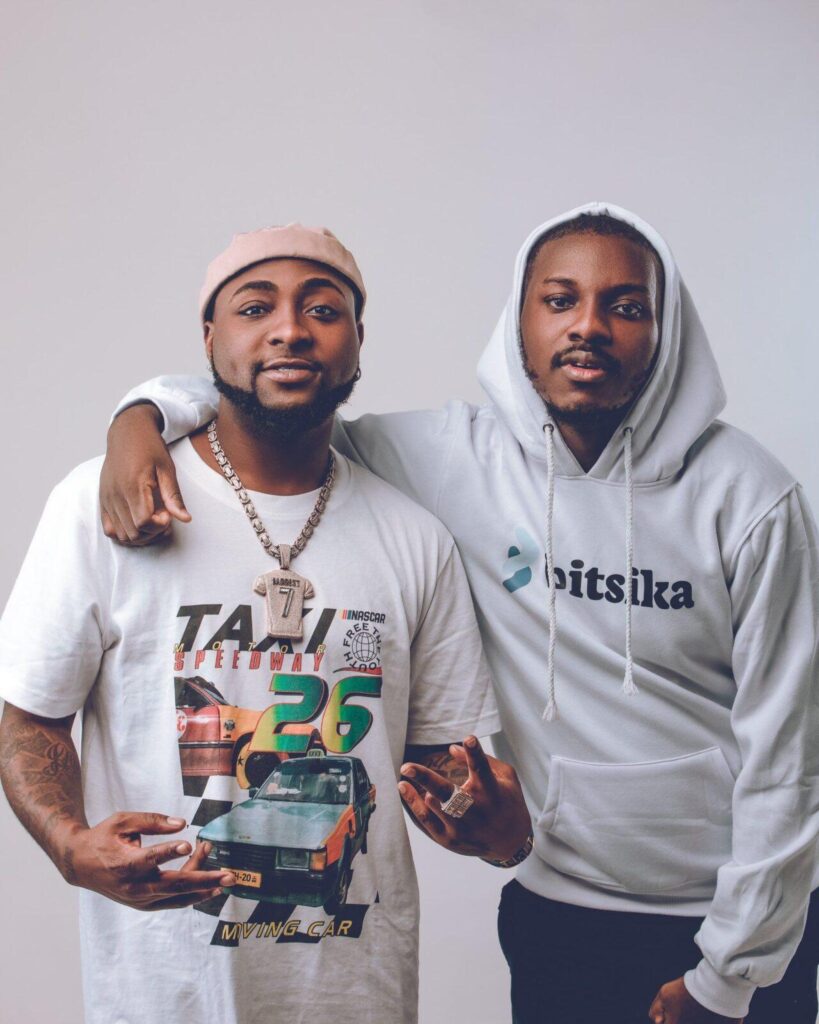 Astu and African Singer Davido made a partnership that skyrocketed blockchain and Bitsika in Africa’s crypto ecosystem.[Photo/BenjaminDada]

When Atsu decided to dive into blockchain technology and Defi, he stumbled upon the idea of allowing users to purchase bitcoin using USD after the bitcoin boom in 2018.

Ironically Bitsika was a name that a previous failed DeFi project had; he just kept reusing it. The main agenda of creating Bitsika was not to change or revolutionize Africa and crypto trading the way it did. Instead, his main plan was to develop a DeFi-based startup that would merely attract investors. The first iteration took five weeks and was more or less a blockchain project than a final product.

The breakthrough Atsu got when Yele Bademosi, the CEO at Nestcoin, contacted him and gave him the platform to kickstart his project BitSika. Yele funded him with $150000, allowing Atoh to continue developing his product further. Atoh does not consider himself a participant or a CEO.

Instead, as a blockchain developer who merely got interested in Defi ad crypto trading. His adventure was not marked by his consistent achievements but by his zeal for technology. This African blockchain innovator is a prime example showing the crude innate talent an African mind can possess.

These are just a few African blockchain innovators who have shown that Africa has the knack to propel itself to great heights. Crypto trading is consistently increasing and does not seem to slow down soon. Multiple DeFi franchises have utilized blockchain technology to promote themselves and Africa.

Visa collaborates with Blockchain.com to develop a new crypto card