As cryptocurrency progresses, PoW is consistently overshadowed by new and improved consensus mechanisms

Crypto miners and traders have consistently had a tug of war in deciding which process result is the best profits. Unfortunately, over the years, crypto mining has lost this debate as more and more individuals consistently move to crypto trading. The future of crypto is a never-ending process of improvement, always finding a better way to handle distribution, supply and acquisition.

Crypto Mining: everything so far

Crypto mining, in layman’s language, is creating new tokens. Bitcoin was the pioneer of this concept mainly through its blockchain technology and consensus mechanism; Proof-of-Work.

It’s merely a decentralized global system by which crypto miners validate and secure all Bitcoin transactions. We can compare it with loaning your car to someone else or renting your room as an Airbnb; crypto mining is simply providing your machine to be used in the network. 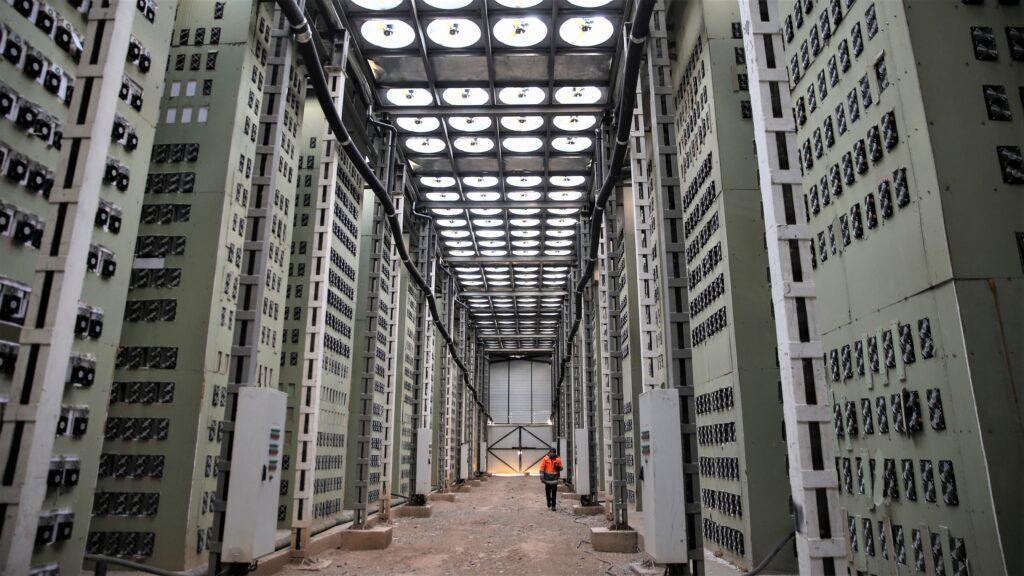 The Merge has ushered in the PoS mechanism, termed the future of crypto. Does crypto mining still have a place in this new age?[Photo/NikkeiAfrica]

Once incorporated within the blockchain network, a series of complex mathematical problems are solved, and with each completed process, the crypto miner receives compensation in the form of crypto coins.

The term “mine” implies that the reward is within the extraction of an ore of important information. In the beginning, it was a simple task, and many crypto miners profited from it but as time progressed and the blockchain network grew, so did the complexity of the mathematical problems. Eventually, organizations developed purely dedicated crypto-mining devices. Once purchased, the crypto miner would need to initiate the process, sit back and monitor the power consumption.

Unlike the PoS mechanism used by the Merge, PoW has a simple cut-and-dry policy; network members had to expend effort solving an arbitrary mathematical problem to prevent anyone from misusing the system. Just as its name meant, you had to prove your worthiness by working for it.

PoW was the primary means of interacting with crypto until a new form emerged: crypto trading, a concept that took advantage of the crypto volatility.

With this came other variations of consensus mechanisms such as Proof of Stake, Proof of History, Proof of Authority and many more. As the future of crypto progressed, the need for this legacy process began to fade.

Even before the Merge, crypto mining began to derail slowly. At the time, only a few people saw the first signs of failure. Most crypto miners merely thought that the world had been gunning for them.

The mining process at the time relied mainly on the PoW consensus mechanism; it had several side effects. The sheer power that the overall blockchain network consumed was astonishing. Ethereum once recorded the total power consumption of their network hit an all-time high of 149 terawatts; enough power to run a country for a whole year.

With this staggering energy consumption, various parties became intrigued and concerned about the planet’s well-being. Eco-friendly organizations began targetting the blockchain network claiming that the power consumed by such networks was unhealthy. The estimated carbon emissions from their system rigs were substantial.

Also, Read You can confirm Ethereum balances in Google search

Although because of the decentralized nature of blockchain networks, all they could do was convert their rigs to renewable energy. This slightly reduced the number, but the main issue stemmed from the individual crypto miners.

Will the Merge deal the final blow

Due to the limitations of PoW, Ethereum began developing a new consensus mechanism that would deal with stakes rather than work effort. This has presented several issues for the typical crypto miner, one of which completely alleviates the need for extra gear.

PoS is the future of crypto as it relies on the number of staked coins to determine who gets to validate the blockchain transaction. It generally changes the way blocks are verified using the matches of coin owners. The owners offer their coins as collateral(staking) for the chance to validate blocks and then become validators.

According to Ethereum, you have to stake a set number of Ether to gain access. Now, without computational power, crypto miners in the Ethereum network were left with roughly two options. Either divert their attention and start mining altcoins that still use PoW or sell their mining rigs to buy the required Ether equivalent of $1,547.27. Not much choice, actually, but some chose to stay while others decided to move.

The threat of the Merge isn’t in its operation but in its influence. Ethereum is the second largest cryptocurrency in the world. Its very shift caused ripples throughout the industry. Other altcoins such as BNB, Tamadoge, Polygon and Solana have considered following suit and shifting to PoS.

Solana has already started using the PoS mechanism, and it won’t be long before others follow suit. The Merge set in motion a movement that might appear sluggish but is happening.

The recent crypt winter also has done its damage as most crypto coins generated are too low valued compared to the increasing energy costs. Crypto miners worldwide have begun shifting from the sinking boat known as crypto mining. The creation of crypto coins is still in demand, but the typical crypto miner might need help if they desire to stay afloat in this crypto winter.

The future of crypto lies in the progress of its consensus mechanism. From PoW to PoS, crypto miners need to prepare mentally as the change and transition are slowly happening. Prepare for the possibility that crypto mining might be an obsolete venture only designed for a select few.