The ASL is a competition housed by Web3Africa, The Humanitarian Node, and Adanian Labs seeks to empower the innovative African community

Over the past half-decade, Africa has stolen the limelight for various reasons. From its ready nature to accommodate Web3, effectively shifting to a ‘Web3Africa’ movement, to hosting several competitions and business platforms. The ingenuity and innovations found within young African entrepreneurs during the fourth Industrial revolution are overflowing. Major big-league companies have taken notice of these innovative African communities. So much so to take the initiative to empower and dissolve these brilliant minds into their organization.

Fortunately, after months of preparation, the Africa Startup League will be launched by Web3Africa alongside critical figureheads. ASL seeks to empower those who improve decentralization and support its mission to improve Africa.

What is The Africa Startup Leauge

Aly Ramji, Co-Founder of Web3Africa.news and a Director at Mediapix limited, an essential figurehead in ASL,  advocates for the improvement of Africa. He stated that rather than being left to fend for themselves, Africa’s tech startups would be much better off when given a chance to acquire the right network. The opportunity to meet and connect with other founders, tech hubs, universities and government bodies to benchmark and share ideas allows improvements on one’s idea. Collaboration is the key to success. If Africa is to prosper during this Web3Africa age, it must unite to support one another.

The Africa Startup league is a platform, a vision formed by the aspiration of Aly Ramji from Web3Africa.news and Humanity Node Protocol and Adanian Labs. Its main goal is to empower over 10000 startups and various innovative African communities. It is an innovative competition starting on 8th February. It will provide a much-needed platform for young entrepreneurs and tech innovators to showcase their grand ideas or startups. 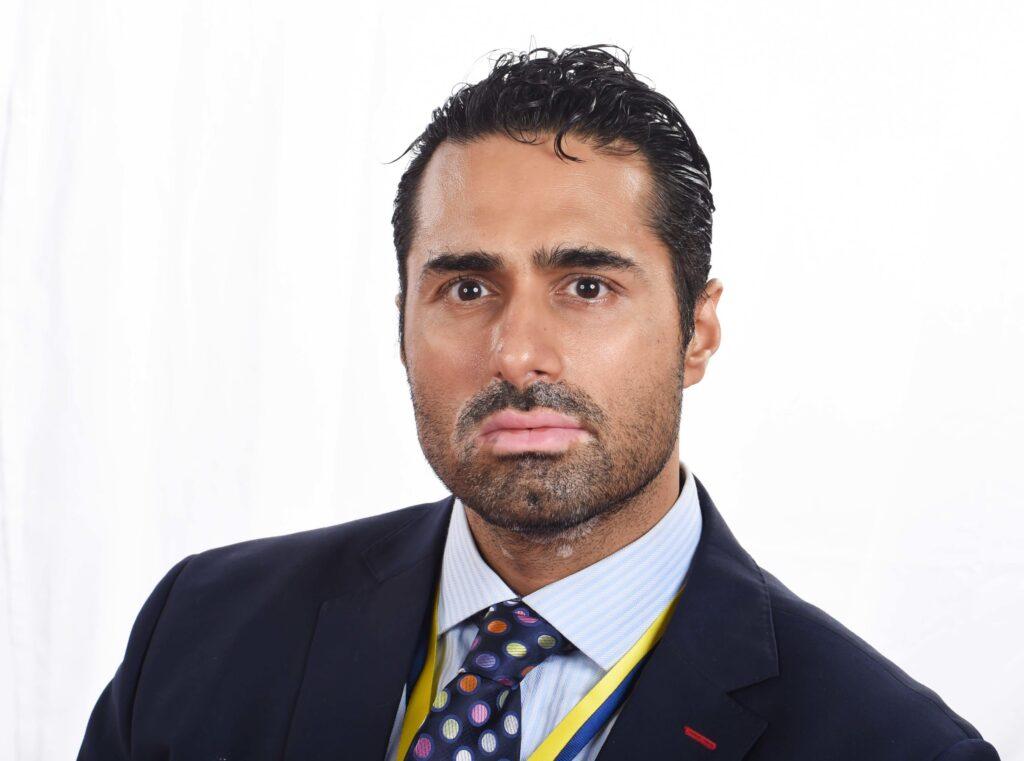 Ali Ramji advocates for the empowerment of Web3Africa, decentralization and innovative African communities by aiding in establishing ASL, a platform to showcase their ingenuity.[Photo/LinkedIn]

The winner and the most impressive startup will receive a $1 million funding prize to kickstart their careers.

It will commence in six months and will be a gruelling process of determining the most innovative, unique and well-executed startups. A select group of African judges across different fields will decide which innovative African startup will walk away with the grand prize.

Out of all its participants, the Web3 community will select only the top 100; the last startup showcasing will receive the grand prize. The rest will receive $10000 prize money. Either way, the main goal is not focused on the competing segment. However, it gives Web3Africa and young entrepreneurs a chance to thrive.

What does The Africa Startup League represent for Africa?

Web3, decentralization and blockchain are a few new inventions that have spurred the global tech world. In a previous article, we saw how Africa is adaptable to blockchain technology. This gave birth to numerous African startups, SMEs, decentralized applications and even blockchain development.

Unfortunately, the African economy may need more capabilities to provide platforms for innovative African communities to showcase their ideas. That is where Africa Startup League comes into play. The initiative aims to create a matchmaking scenario between founders, innovators and investors. This allows startups to acquire the initial seed funding, mentoring and training required to scale their business.

As much as winning the grand prize seems alluring, it still gives young entrepreneurs and Web3Africa a chance to get its much-needed attention. Various investors may be watching from the comfort of their million-dollar couch and take notice of an idea. Furthermore, they may know how to scale it and even go as far as contacting its founders.

The Humanity Node systems and the Adanian Labs have significantly contributed to this venture. While The Exchange and Web3Africa.news will aid in spreading the great news. Mr Ali Ramji is trying to create a platform for Africans, by Africans. Taking the initiative to form collaborations and establish a platform that empowers young entrepreneur is a step toward empowering and showcasing the might of an African mind.

When preparation meets opportunity, many deem it as luck, but it merely requires the initiative of both ends; the investor and the innovator.

Mr Ramji clarified that ASL is a continent-wide contest open to all. It includes innovators, entrepreneurs, micro-enterprises and early-stage startups to attain access to finance and the much-needed expertise for scaling a business. The Africa Startup League is a hub that connects entrepreneurs, strategies, creatives, engineers and communities to design, share ideas, and build exceptional organizations.

Web3Africa is a rising concept, and taking advantage of the newness of this concept is a critical factor. With the dawn of a new age also comes a wide field for innovations. Take the difference between Web2 and Web3 ecosystems. Finding something new to Web2 will be far more cumbersome than diving into Web3.

Decentralization is currently a selling point, although ASL does not restrict itself to such criteria. Hence if you have a working startup that merely needs the opportunity to show off its skill. In addition, it may acquire that extra finance Africa Startup League is for you.

According to analysis, Africa’s financial-services market could grow at about 10 % per annum, reaching about $230 billion in revenues by 2025.

Also, Read Blockchain startups are on course to make Africa a crypto continent.

ZELF, an American Fintech steps into the limelight of Crypto