The Weeknd's "After Hours Til Dawn" tour will the first-ever global concert to integrate Web 3.0 technology for an enhanced fan experience

Abel Makkonen Tesfaye, a pop music singer, popularly known as The Weeknd, has partnered with the Binance exchange platform in a performer-sponsor relationship. Binance announced that they would be the official sponsors of The Weeknd’s “After Hours Til Dawn” tour that begins on 08 September 2022.

This marks the first-ever global concert tour to integrate Web 3.0 technology for an enhanced fan experience.

The Weeknd is coming to Africa.

The international star announced on his Instagram that he will be making his way to Africa in his “After Hours Til Dawn” tour.

“The tour dates are moving and will commence in the summer of 2022. Due to constraints of arenas and the demand for more shows, I want to do something bigger and special for you, which requires stadiums,” he wrote.

Binance has key interests in Africa, as the potential of web3 and blockchain is highest due to necessity. A growth in web3 technology is a growth in the adoption of cryptocurrency, which favours binance, the most popular exchange platform in the continent.

Is the Weeknd African?

Additionally, The Weeknd has African roots. He is an only child of Ethiopian immigrants Makkonen Tesfaye and Samrawit Hailu.

As part of the initiative, Binance will collaborate with HXOUSE (A Toronto-based think-centre and community incubator and accelerator for creative entrepreneurs) to release an exclusive NFT collection for the tour and co-branded tour merchandise.

In 2021, the After Hours Til Dawn tour had already sold over 1,000,000 million tickets before being postponed to later this year.

The tour will also provide virtual tickets, where the attendees can also gain access to the NFTs, which will provide unique and commemorable experiences for the fans.

The Weekend has been a Global Goodwill Ambassador for the United Nations’ World Food Programme (WFP). Earlier this year, he launched the XO Humanitarian Fund to support WFP’s lifesaving emergency operations in hunger hotspots globally.

To help launch the XO Humanitarian Fund, The Weeknd made an initial donation of US$500,000 to the program. In addition, the multi-award winning star is contributing US$1 from each ticket sold in the anxiously awaited After Hours Til Dawn stadium tour. The World Food Program USA’s Board of Directors, together with donors, will contribute US$1 million in recognition of the fund’s lifesaving impact. 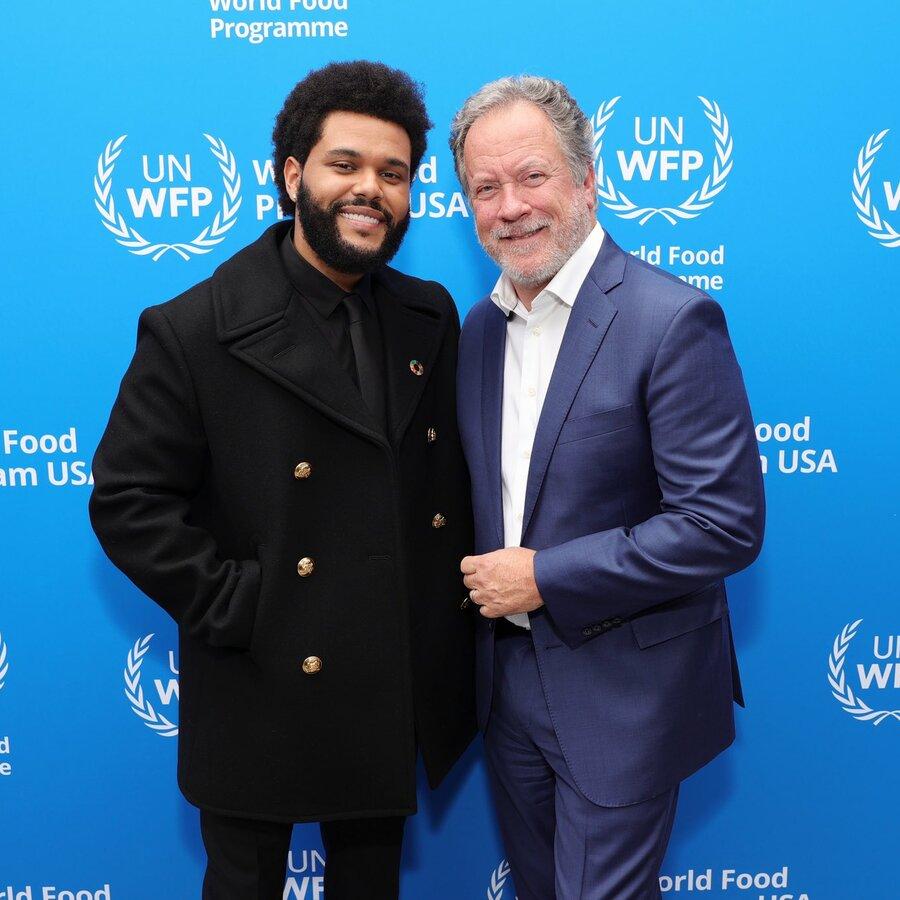 The Weekend has been a Global Goodwill Ambassador for the United Nations’ World Food Programme (WFP). [Photo/ WFP]

The money raised in the tour will assist families and communities on the frontlines of hunger. The Weeknd’s priority list countries include his parents’ home country, Ethiopia, Afghanistan, Yemen, and war-torn Ukraine.

At the beginning of 2022, the world faces unprecedented hunger challenges as to conflict and climate shocks compounded by the Coronavirus pandemic, and rising costs drive millions of people closer to starvation. Hunger is threatening to increase migration and instability around the world.

WFP reports that more than 346 million face severe food insecurity in Africa alone. Globally, over 811 million people are experiencing the same. Therefore, immediate action is critical. Funding to tackle the food insecurity crisis is in such short supply that in countries like Somalia, Yemen and South Sudan, the DRC, and the Central African Republic, the WFP is being forced to take from the hungry to feed the starving.

“As he launches his global tour, The Weeknd is not just lighting up the lives of his millions of fans. He is also shining a spotlight on the suffering of the millions threatened by famine. The XO Humanitarian Fund, Powered by World Food Programme, is a new dawn in the struggle to end global hunger,” WFP Executive Director David Beasley said. “He is truly an inspiration to the next generation of humanitarians“.

Binance and the Weeknd tour

Crypto adoption and usage in Africa soars despite challenges